Written by Mohsen Aboutalebi on November 20, 2021. Posted in NEWS 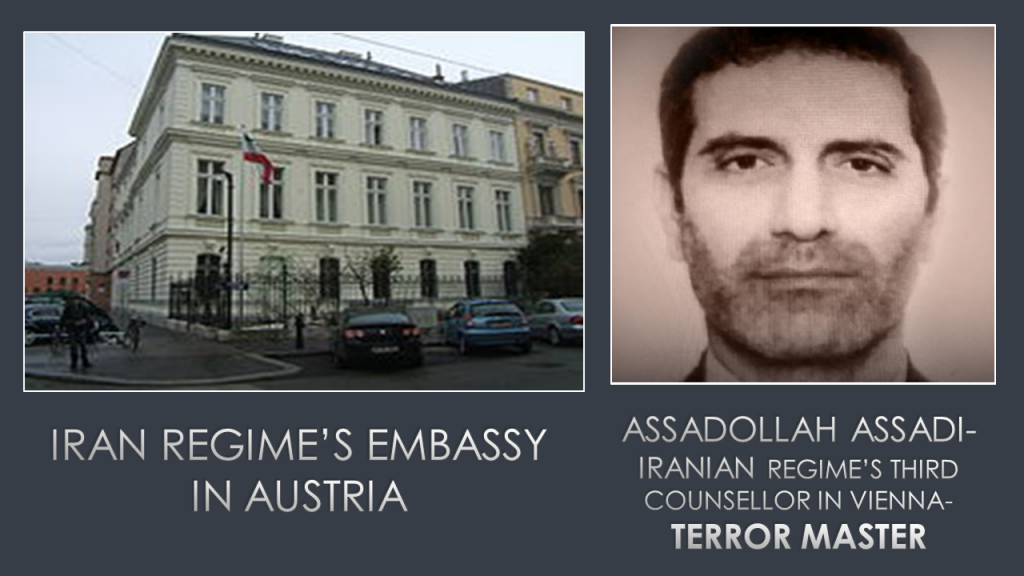 On Wednesday, a court in Antwerp, Belgium, will hear an appeal for three people who were convicted in February for their roles in a terrorist plan orchestrated by the Iranian regime. The Iranian-Belgian dual nationals received penalties ranging from 15 to 18 years in prison, with the mastermind of the plot, an Iranian regime official named Assadollah Assadi, receiving a sentence of 20 years. In the wake of a defense that almost exclusively focused on contending that Assadi should be granted diplomatic immunity, Assadi declined to pursue an appeal.

His implied admission of guilt now hangs over his co-conspirators’ appeal, which may only serve to re-ignite international interest in a case that many critics believe was brushed off by European policymakers. The National Council of Resistance of Iran (NCRI). urged the European Union and its member states to take serious action to extend accountability beyond the four individuals directly implicated in the 2018 terror plot that targeted a political rally organized by the NCRI near Paris around the time of the conviction in February.

The event drew an estimated 100,000 people, including hundreds of European and American political leaders. The plot’s main objective was Maryam Rajavi, the president-elect of the NCRI.

Experts testified that if the bomb had gone off as intended, the immediate death toll would have been in the hundreds, with a subsequent stampede potentially increasing the death toll even further.

(PMOI / MEK Iran) and (NCRI): The event drew an estimated 100,000 people, including hundreds of European and American political leaders. The plot’s main objective was Maryam Rajavi, the president-elect of the NCRI.

Assadi was working for the Iran Ministry of Intelligence

Following the border arrests of Saadouni and Nasimeh, Assadi was caught in Germany while attempting to return to Austria and the Iranian embassy where he worked.

It is now known that, while legally engaged as the third counselor at that embassy, Assadi was actually working for the Iranian Ministry of Intelligence and Security as the European bureau chief.

The final of these became even more relevant a year after the bomb plan was foiled when Swedish officials apprehended a former Iranian prison official on his way to Sweden on a visit in 2019.

(PMOI / MEK Iran) and (NCRI): Assadi’s network reached Hungary, Switzerland, and Belgium, as well as the Czech Republic, the Netherlands, and Sweden, from Austria.

The prosecution of Hamid Noury is presently underway, and seven eyewitnesses from an Albanian community constructed and maintained by the NCRI’s primary constituent group, the People’s Mojahedin of Iran (PMOI / MEK Iran), were recently relocated from Stockholm to Durres, Albania, to testify.

As a result of his role in the massacre of 30,000 Iranian political detainees in the summer of 1988, Noury faces charges of war crimes and mass murder. He is the first person to face legal consequences for that crime against humanity, and MEK activists have urged the international community to view his arrest as a test case for “universal jurisdiction,” a principle that allows serious international law violations to be prosecuted in any jurisdiction.

The MEK has been asking for charges to be brought against Ebrahim Raisi, the Iranian regime’s new president, who was elected in August and was one of four officials on the Tehran “death commission” who played a key role in the 1988 massacre.

Iranian activists, on the other hand, have remained pessimistic about the likelihood of Western politicians adopting their recommendations. Even in the face of the present appeal, that cynicism has arguably been reinforced by the relative lack of attention paid to the 2018 terror plan. Critics of current Western policies toward Iran prefer to blame inaction on long-standing conciliatory sentiments in both circumstances.

Assadollah Assadi was sentenced to 20 years in prison, but there is no reason to suppose that his network has disintegrated on its own. It still needs to be dismantled, and in order for that to happen, the international community must make combating the Iranian terror threat a top priority.