Written by Mohsen Aboutalebi on October 29, 2021. Posted in NEWS

In recent years, Iran has had nationwide protests, such as those in November 2019, that have posed a danger to the regime’s security. The regime has discovered that repression and killings are the only ways to put an end to the protests.

The pretext of fighting social issues

The formation of the Revolutionary Guards (IRGC) and their cooperation with the police is intended to prevent further protests under the pretext of fighting social issues. This, together with the regime’s abuse of executions, reflects the regime’s growing brutality.

At least 31 prisoners have been executed in the last 30 days, bringing the total number of executions in Iran to 141 since Ebrahim Raisi took office. Until now, Raisi has also delegated the governorship of 13 provinces to the Revolutionary Guards.

(PMOI / MEK Iran) and (NCRI): Mrs. Maryam Rajavi: The call for repression and naked violence reflects the clerical regime’s fear of an uprising by the people of Iran, who are not satisfied with anything less than the regime overthrow.

The issue of social harm

Amin Tavakolizadeh, the Social Deputy of the Tehran Municipality, said: “Some institutions do not have a duty, but they are eager to be present in the issue of social harm.

We held our meetings with Naja (Police), the commander of Tehran’s revolutionary guards, Khatam al-Anbia headquarters, and jihadist groups. We want to add the energy of jihadist groups to this circle. Because the neighborhood-based debate is also one of the main approaches of Tehran Municipality.” 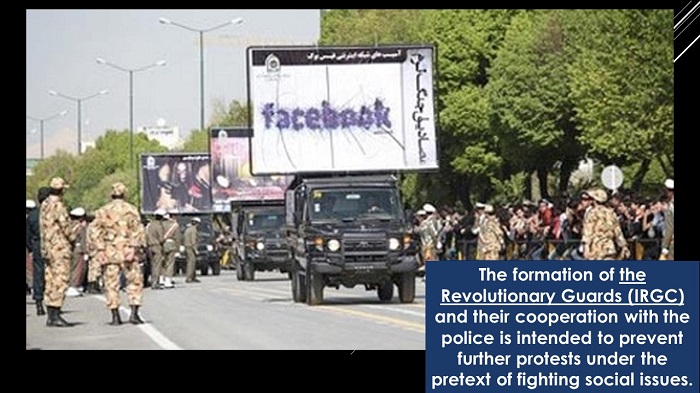 The formation of suppression centers

In the Markazi Province, the deputy head of the Revolutionary Guards also announced the formation of suppression centers known as the Central bases and said: “Currently, in 31 marginalized neighborhoods of Markazi Province, the headquarters of the Islamic Quarter are formed, and we are trying to activate these bases in all neighborhoods of the province,” reported Fars News Agency, on July 18.

Despite the regime’s attempts to excuse these acts, given the IRGC’s official and stated mission to safeguard the ruling dictatorship, it is well known that the real purpose is to intensify repression and suppress an army of starving people.

The governor of East Azerbaijan’s appointment

Hard-line fundamentalists claimed that the governor of East Azerbaijan’s appointment was intended to further control the security situation in that region. The election of General Vahidi as interior minister also sent a message that popular protests will be dealt with more harshly from now on.

“Whether a person has been appointed to this position who is most prominent in his military record, not his record of belief in social and political institutions. It is natural that he also offers people for the governorate who have a higher military background. Governors’ resume confirms the same point.” wrote the state-run daily Arman, on October 23.

This demonstrates the dictatorship’s wretched situation; a regime that is conscious of its fate prepares for the worst-case scenario. However, as all substantial reforms in any country have demonstrated, such decisions will not be effective indefinitely, and the government will inevitably lose control at some point. 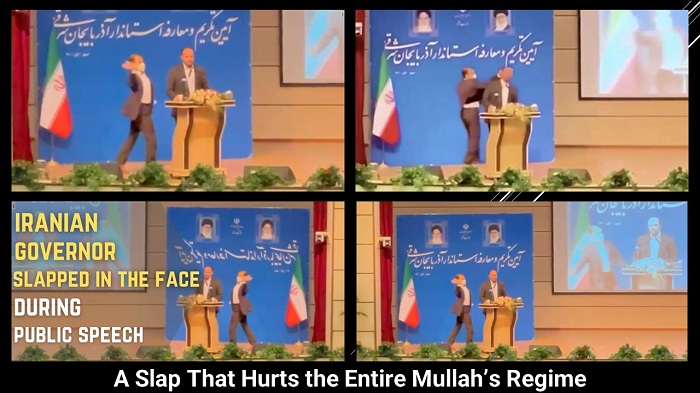 (NCRI) and (PMOI / MEK Iran): A Slap That Hurts the Entire Iranian Regime.