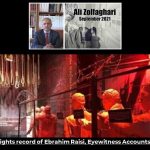 Written by Amineh Qaraee on October 25, 2021. Posted in NEWS 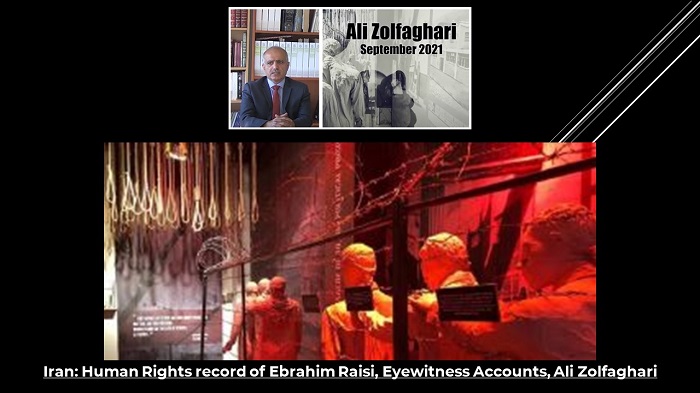 (NCRI) and (PMOI / MEK Iran): At the age of 17, Zolfaghari was arrested by Iranian security forces in November 1981 for selling copies of Mojahed, the MEK’s newspaper.

On October 21, the District Court in Stockholm convened for the thirty-second session of the trial of Hamid Noury, an Iranian prison officer accused of torturing inmates in the Gohardasht prison (Karaj) and participating in the massacre of thousands of political prisoners in 1988.

Noury was seized by Swedish authorities

During a visit to Sweden, Noury was seized by Swedish authorities. Noury is now on trial in a courtroom where several of his victims are testifying about how he and other regime officials brutally tortured prisoners.

Former political prisoner and supporter of the People’s Mojahedin of Iran (PMOI / MEK Iran), Ali Zolfaghari, testified before the court. At the age of 17, Zolfaghari was arrested by Iranian security forces in November 1981 for selling copies of Mojahed, the MEK’s newspaper. He spent 12 years in Evin, Gohardasht, and other prisons in Iran’s northern provinces, where he witnessed and suffered Iranian regime atrocities.

According to Zolfaghari’s testimony, on July 30, 1988, he witnessed Noury and many other prison guards in Gohardasht transporting hanging ropes in a wheelbarrow to a big silo. “On the same day, several prisoners who had been transferred from Mashhad to Gohardasht were taken to the prison’s yard by the guards. These were prisoners who were openly supporting the MEK and were well known among other prisoners. From the window, we saw them perform wudu, a ritual of washing before prayers, and then they were taken away by the guards,” he claimed. 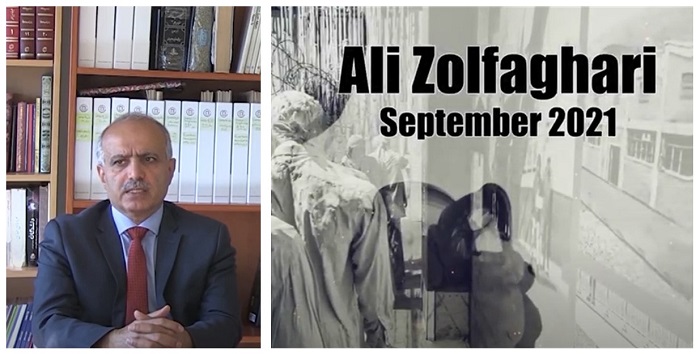 (PMOI / MEK Iran) and (NCRI): Zolfaghari’s testimony, on July 30, 1988, he witnessed Noury and many other prison guards in Gohardasht transporting hanging ropes in a wheelbarrow to a big silo.

Around that time, the authorities began executing political prisoners in large numbers across Iran, an event known as the 1988 massacre. More than 30,000 political prisoners, largely MEK members and supporters, were executed by the authorities across Iran. The purge was commanded directly by regime supreme leader Ruhollah Khomeini in an edict that declared expressly that anyone supporting the MEK is an enemy of God and deserved to be executed.

According to Zolfaghari, the majority of Revolutionary Guards (IRGC) members at the prison, including those working in the workshops, cooks, and construction, took part in the executions. “Khomeini had ordered everyone to participate in the killing so that no one can say ‘It wasn’t me,’” he added.

The “Death Commission” was a series of groups compound by regime officials in charge of enforcing Khomeini’s fatwa. They summoned political prisoners and held trials that lasted only a few minutes. Any prisoner who did not deny their support for the MEK was sentenced to death. Ebrahim Raisi, the regime’s current president, and Mostafa Pourmohammadi, the previous justice minister, were also prominent members of the death commission.

They wanted us to swear at the Iranian opposition leader

Zolfaghari was held in solitary confinement for one month after meeting with the death commission, during which time he was tortured by prison guards. “The prison guards used different excuses to pass us between them like a soccer ball and beat us. They wanted us to swear at the Iranian opposition leader, Massoud Rajavi,” he said.

While the court was sitting, a large crowd of Iranians began their protest march in front of the court, demanding the prosecution of prominent regime leaders like Raisi and Supreme Leader Ali Khamenei. Many of the protestors were family members of the regime’s thousands of murdered or executed dissidents.

The massacre in 1988 has been considered a war crime and a crime against humanity. Legal experts agree that it is a “genocide” that should be investigated by international tribunals.