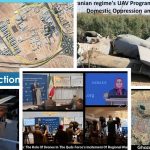 Written by Esmail Mohades on October 15, 2021. Posted in NEWS 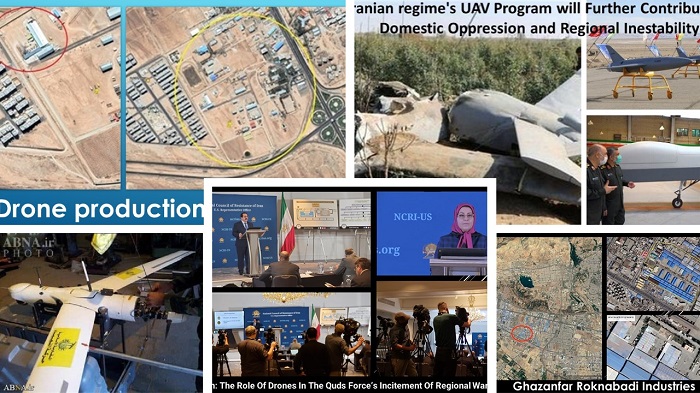 (PMOI / MEK Iran) and (NCRI): Tehran has provided its proxies with an unparalleled quantity of weaponized unmanned aerial vehicles (UAVs) in just a few short years.

In recent weeks, the proliferation of drones in the arsenals of Iran’s proxy militias across the Middle East has gotten a lot of attention. This isn’t unexpected. After all, Tehran has provided its proxies with an unparalleled quantity of weaponized unmanned aerial vehicles (UAVs) in just a few short years.

Tehran has supplied its proxies with UAVs

“In the space of just a few short years, Tehran has supplied its proxies with an unprecedented number of armed unmanned aerial vehicles.”

Shortly after, Israel’s new Prime Minister, Naftali Bennett, declared in his address to the United Nations General Assembly on September 27 that Iran had “operationalized a new deadly terror unit – swarms of killer UAVs armed with lethal weapons that can attack any place any time” in the previous year.

“Iran plans to arm its proxies in Yemen, Iraq, Syria, and Lebanon with hundreds and then thousands of these deadly drones,” he claimed.

The Iranian opposition group, the People’s Mujahedin of Iran (PMOI / MEK Iran) then joined the chorus of warnings. The National Council of Resistance of Iran (NCRI), the group’s political wing, said in early October that the Quds Force, an extraterritorial unit of Iran’s Islamic Revolutionary Guards Corps (IRGC), is employing drones to carry out airstrikes and arm its numerous proxy groups.

While it is in Israel’s and the MEK’s best interests to depict Iran as a dangerous aggressor, Tehran has taken unprecedented steps in recent years to provide several of its formidable paramilitary groups around the Middle East with increasingly independent drone capabilities. There is plenty of evidence and instances from just the last two years to show how this has come to be the case.

Training seminars for local militias on how to use drones

While Hezbollah in Lebanon has been known to have a drone capability for some time, Iran has begun educating its Syrian affiliates on how to operate drones. The Syrian Observatory for Human Rights claimed in early October that the IRGC had begun training seminars for local militias on how to use drones.

Iran has also proved over the years that it has created a strong arsenal of armed drones that cannot be overlooked.

Drones struck the Saudi Aramco oil-processing complex at Abqaiq in the kingdom’s east on September 14, 2019, bringing this fact home to Saudi Arabia. The Saudi air defenses were powerless to stop the drones from hitting the site.

The Iranians had used their precision-guided drones to knock out parts of the facility that could be swiftly restored rather than demolish the entire complex, which they were perfectly capable of doing, and inflict a huge economic disaster in the kingdom.

As a result, the strike was clearly intended to serve as a warning shot, demonstrating how susceptible Saudi Arabia’s oil infrastructure was and continues to be to Iranian attacks. The attack lasted only 17 minutes and cost Iran only $2 million in terms of armaments.

Tehran has handed similar capabilities to its non-state militia proxies across the Middle East, considerably raising the stakes for Tehran’s many regional foes if conflict breaks out. Consequently, it’s no surprise that this subject has recently gotten a lot of attention.