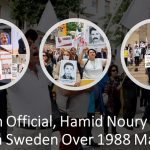 Written by Esmail Mohades on September 18, 2021. Posted in NEWS 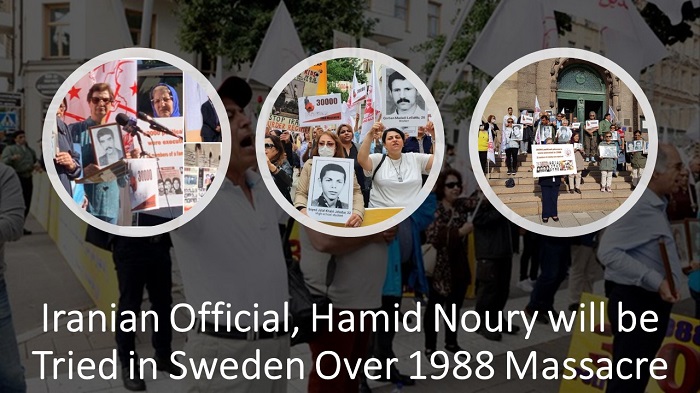 The fifteenth session of the trial of Hamid Noury, an Iranian regime official who was involved in torturing Iranian political prisoners in the 1980s, began on Tuesday in Stockholm. Noury, a former officer at Gohardasht Prison (Karaj), is now on trial in a courthouse where many of his victims are testifying about how he and other regime officials ruthlessly tortured inmates.

Noury was detained in Stockholm

Noury was detained in Stockholm in 2019 after arriving on a commercial airplane from Iran. Taking participation in the “1988 massacre,” the mass killing of more than 30,000 political prisoners, largely MEK members and supporters, in the summer of 1988, is among his crimes.

Ramezan Fathi, a former political prisoner, and supporter of the People’s Mujahedin of Iran (PMOI / MEK Iran) testified before the court at the fifteenth session on the harsh conditions in Iran’s prisons as well as Noury’s misdeeds.

Fathi, who was detained and imprisoned in Gohardasht prison

Fathi, who was detained and imprisoned in Gohardasht prison in 1981, acknowledged that Noury was actively involved in the beating and torturing of political detainees in his testimony.

According to Fathi, Noury allegedly took inmates to the “gas chamber,” a small cell with no windows or entrances. Prison officers wrapped blankets across the slit under the door and held the inmates in the cell for hours until they dropped out from a lack of oxygen. 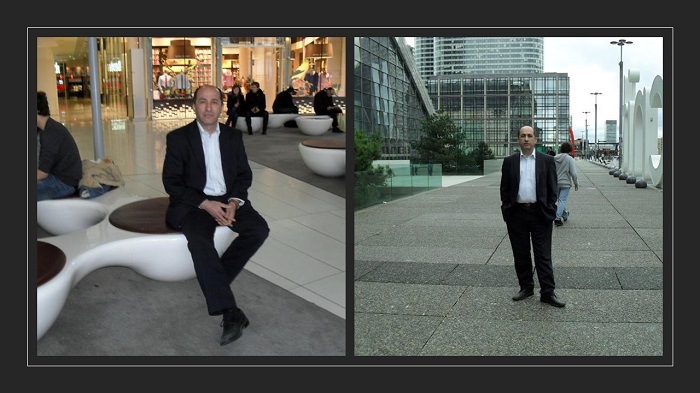 (PMOI / MEK Iran) and (NCRI): Fathi, who was detained and imprisoned in Gohardasht prison in 1981, acknowledged that Noury was actively involved in the beating and torturing of political detainees.

The prisoners were kept in the gas chamber

“The prisoners were kept in the gas chamber until they were asphyxiated and sweat dripped from their toes,” Fathi claimed. “When they were taken out of the gas chamber, the Revolutionary Guards (IRGC) members who were under Hamid Noury’s orders stood in two rows and brutally beat the prisoners as they passed between them.”

(NCRI) and (PMOI / MEK Iran): The plaintiffs are largely ex-prisoners who witnessed Noury’s atrocities in Gohardasht Prison’s death lane during the 1988 massacre.

Fathi also saw prison guards carry a MEK member named Naser Mansouri on a stretcher out of the prison’s hospital and transport him to the “death committee,” commanded by Hossein Ali Nayeri, where he was questioned for one minute before being taken to the execution hall on the same stretcher.

The death committee, which included regime president Ebrahim Raisi, summoned political detainees and tried them in show trials that lasted only a few minutes. Any prisoner who refused to disavow their allegiance for the MEK was executed right away.

Protest march in front of the court

While the court was in session, a huge number of Iranians resumed their protest march in front of the court, demanding that prominent regime officials, including Raisi and Supreme Leader Ali Khamenei, be prosecuted. Many of the protesters were relatives of the regime’s hundreds of dissidents who were slaughtered or executed.

The massacre in 1988 has been called a war crime and a crime against humanity. It is also recognized by legal experts as a “genocide” that should be investigated by international tribunals.

(NCRI) and (PMOI / MEK Iran): Iranian compatriots are gathered in Stockholm marking the 33rd anniversary of the 1988 massacre of political prisoners in Iran.