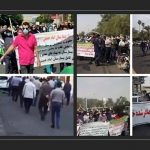 Written by Amineh Qaraee on August 7, 2021. Posted in NEWS 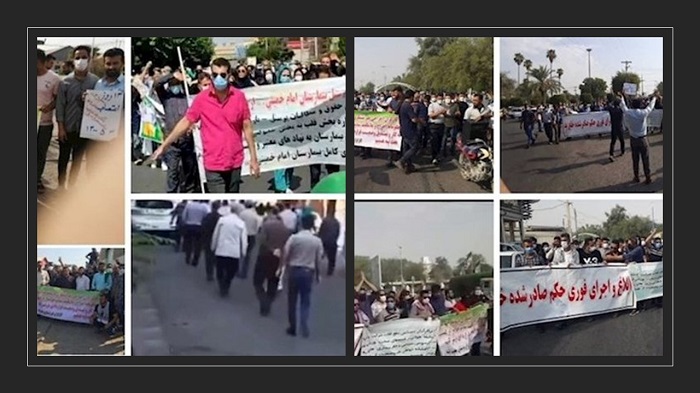 Workers from the Haft Tappeh Sugarcane Company went on strike for the 22nd day in a row on August 3 in front of the governor’s office in Shush, in the oil-rich province of Khuzestan in southwest Iran. They marched through the streets of the city after giving a speech.

Workers in the oil, gas, and petrochemical industries went on strike for the 45th day on Tuesday, protesting economic difficulties, poor wages, and dangerous working conditions. On June 19, the strike began.

The worsening economic situation has resulted in widespread inflation or an increase in the cost of products. Meanwhile, workers’ incomes have stayed unchanged, and they are struggling to meet their families’ most basic demands.

The protesters stated that if their demands are not met, they will continue their strike and expand it. 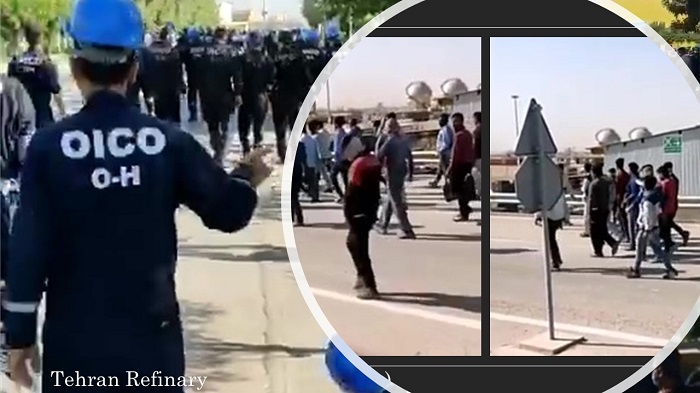 The strike over 112 companies in 35 cities

Since the start of the strike, the movement has grown to include numerous cities and thousands of workers. The strike has attracted workers from over 112 companies in 35 cities. 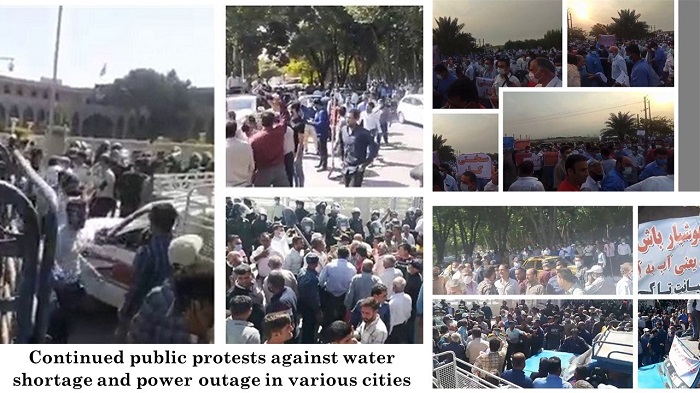 (PMOI / MEK Iran) and (NCRI): The strike has attracted workers from over 112 companies in 35 cities.

Farmers in Darcheh, Isfahan province, filled a canal created by the regime’s institutions to transport agricultural water to a neighboring refinery using front-loaders on Monday, August 2, preventing the transfer of water that they desperately need for their agricultural activity.

Fearing retaliation from the farmers, security forces on the scene refrained from intervening. This protest is taking place against the backdrop of widespread anti-regime demonstrations, which were sparked by water shortages in the province of Khuzestan. 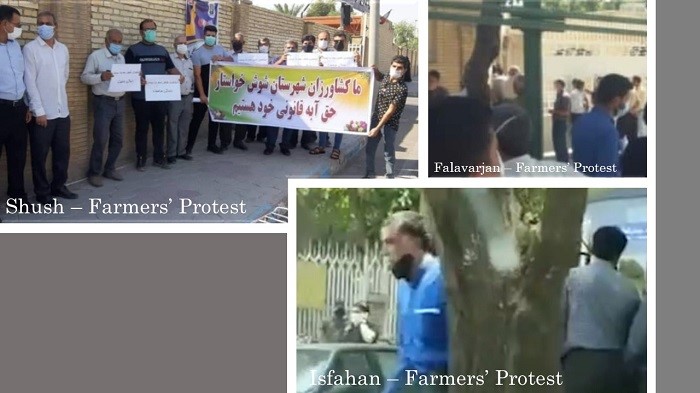 Iran is experiencing power and water shortages as a result of the regime’s damaging policies, and society is in a volatile situation. Officials are especially concerned about inciting more protests. 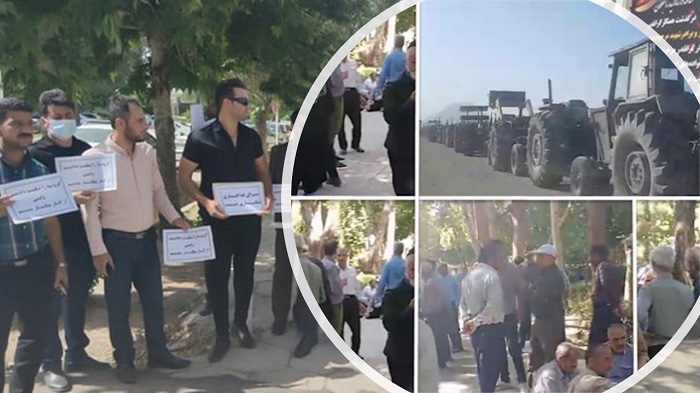 (NCRI) and (PMOI / MEK Iran): MEK sources inside Iran showed farmers on tractors at the protests.

Retirees from Iran’s state-run Broadcasting Organization staged a protest rally in Tehran on Monday, demanding answers to their demands.

A banner they held read “We demand 50 percent raise in our pensions,”

“90 percent of Iran Broadcasting Organization’s retirees are below the poverty line. Pay attention to our situation,” another banner reads.

“If the country continues to be managed as it is, and the demands of the people are not considered,” the state-run Hamdeli newspaper warned on Monday, “the people’s rage will only grow, and everyone knows that anger at the way the country is managed will lead to unpredictable events.”

Widespread protests and its link to the country’s mismanagement

Finally, Hamdeli warns about the recent trend of widespread protests and its link to the country’s mismanagement. “The recent protests, which began in Khuzestan and spread to other cities, are the result of mismanagement and bad decisions by the country’s officials in the last few years, including those in January 2018, November 2018, and January 2019.”

It is apparent that if officials continue to incite popular fury, this rage and resentment will eventually find a voice and produce serious security issues, as it has in the past.” 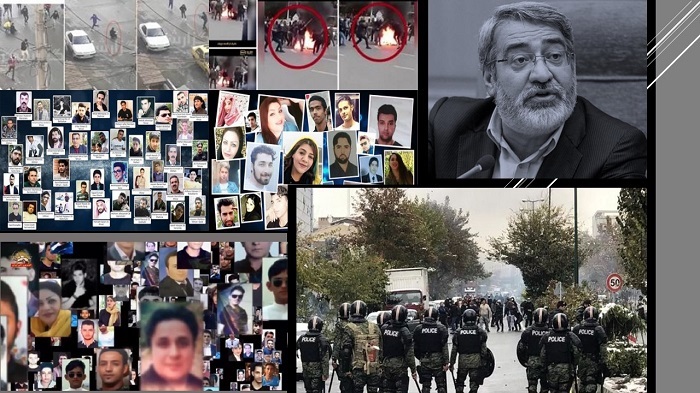