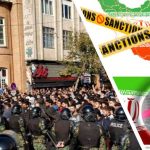 The National Council of Resistance of Iran (NCRI), and the People’s Mujahedin of Iran (PMOI / MEK Iran), reported that Iran supreme leader Ali Khamenei’s faction wants to blame the widespread poverty, inequality, class divide, bankruptcy, and current economic disaster on the actions of the Rouhani government.

The fact is that the current financial collapse and its ramifications are not only due to the management of a government or a faction but to the performance of the integrity of the whole government, headed by Khamenei and the affiliated plundering organizations.

One of the most mediatic cases of corruption was the case of Tehran’s mayor, Mohammad Bagher Ghalibaf.

(PMOI / MEK Iran) and (NCRI): Raisi and Ghalibaf’ cracked down on the ّIranian people and the MEK as a means of career advancement.

2000 astronomical estates have been gifted

“There are hidden and unknown properties and what has been identified in more than 2,000 cases of transfers to individuals and legal entities, often without a contract, some in the form of so-called astronomical properties and some in other ways and removed from the list or territory of municipal properties,” Arman daily acknowledge. 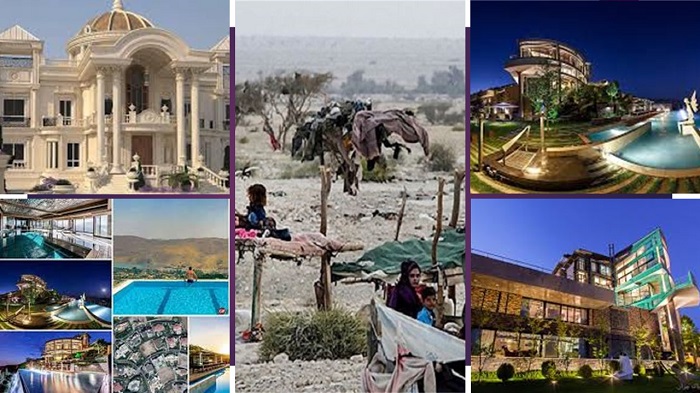 (NCRI) and (PMOI / MEK Iran): The method of transferring various properties to Imam Reza (AS) Charity was such that first a few plots of land with an area of about 70,000 square meters were transferred to the Tehran Municipality Investment Organization.

Partnership contract and not a sale

“The method of transferring various properties to Imam Reza (AS) Charity was such that first a few plots of land with an area of about 70,000 square meters were transferred to the Tehran Municipality Investment Organization in the form of internal transfer and then the Investment Organization, although only authorized in order to conclude a partnership contract and not a sale, handed over the property to Imam Reza (AS) Charity, which belonged to the elected officials of the municipal, without receiving any real price.” Arman daily concluded.

Despite the fact that Ghalibaf’s corruption was widely reported in the media, he has not been investigated by the judiciary, which is now led by Mohsen Eje’i. Ghalibaf aided Khamenei in assassinating and killing people at various times during his rule, particularly during the uprisings of 1999 and 2009. 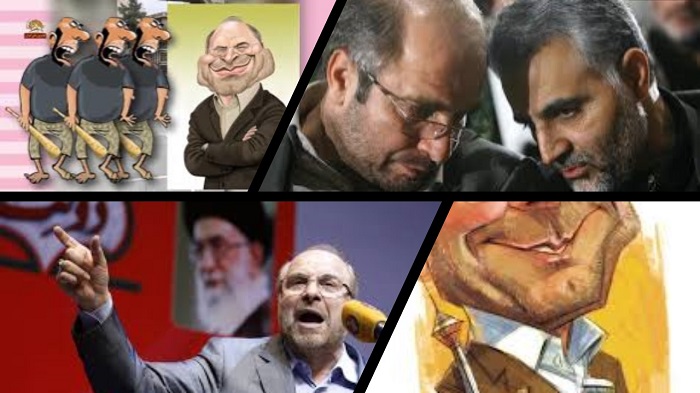 (NCRI) and (PMOI / MEK Iran): Ghalibaf has a substantial record for the killing of members of the Iranian opposition.

The payment of 65 billion tomans in bribes

Investigating such cases of corruption was also brought up in parliament, but the petition was rejected, and the case was discontinued.

The payment of 65 billion tomans in bribes to a member of the parliament’s Civil Commission, which Mostafa Mirsalim exposed as a member of Khamenei’s faction, is another example of the regime’s corruption.

On June 13, Abdol Nasser Hemati, one of the presidential contenders, admitted to being a member of the mafia in an interview with the State-TV News Channel, saying:

The Iranian economy is held hostage

“Now the Iranian economy is held hostage to their interests, and the people, the workers, the government, and the future of Iran’s development are being hurt by this mafia. We are facing the phenomenon of the conquest of the power structure by spongers, brokers, and corrupt people.” Wrote the state-run daily Etemad about the blow of the economic mafia on the country’s economy.

The reality of political and economic corruption under the Velayat-e-Faqih (system of clerical rule) is so clear that it has become a present layer of the Iranian political context.