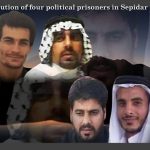 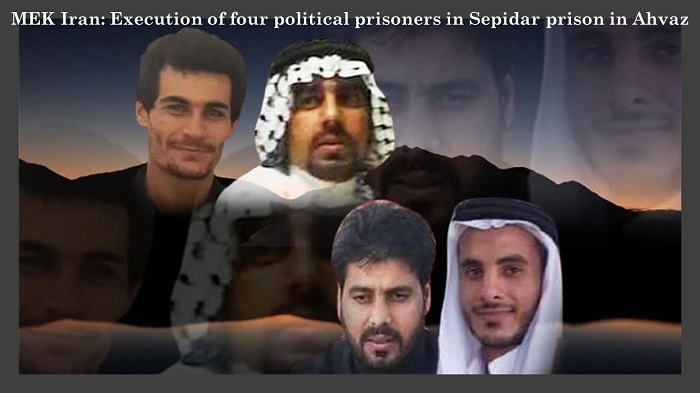 The National Council of Resistance of Iran (NCRI), and the People’s Mujahedin of Iran (PMOI / MEK Iran) reported the execution of four political prisoners taken place in Sepidar prison in Ahvaz, (Southwest of Iran).

MEK supporters in Geneva, call for justice for the 1988 massacre of 30,000 political prisoners in Iran (mainly MEK activists).

MEK supporters during a rally ask for an end to executions in Iran.

The four political prisoners were transferred to solitary confinement during the March 2020 rebellion in Sheiban Prison. On January 23, 2020, Ali Khosraji, Hossein Seylavi, and Jassem Heydari went on a hunger strike to protest the ban on prisoners’ family visits and the prison guard’s mistreatment of prisoners. 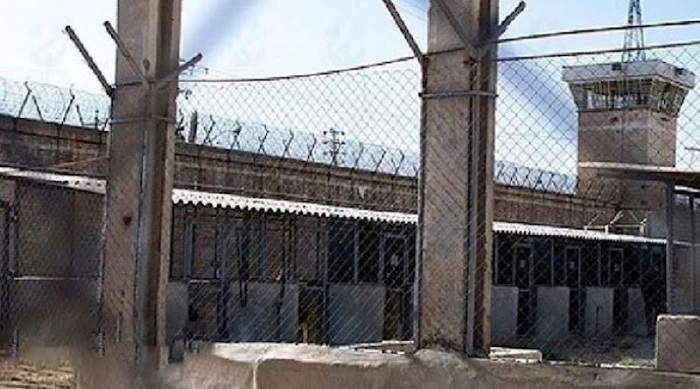 Prisoners escape from prison in Iran.

Incurable internal and external crises and widespread protests, including the Sistan and Baluchestan uprising, the clerical regime has found the only way out of these crises in increasing repression, torture, and executions.

Protests in Sistan and Baluchistan Province have continued throughout the week.

The National Council of Resistance of Iran (NCRI), and the People’s Mujahedin of Iran (PMOI / MEK Iran) strongly condemn the criminal executions of these political prisoners.

The Iranian Resistance once again urges:

The UN Human Rights Council, and

The European Union, to take urgent actions to save the lives of death row prisoners, especially political prisoners.

The Iranian Resistance also reiterates the need for an international fact-finding mission to visit Iranian prisons and visits prisoners.

The case of human rights violations in Iran must be referred to the UN Security Council, and the regime’s leaders must be brought to justice for four decades of crimes against humanity.