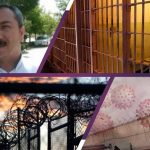 Written by Jennifer Jones-Kelley on April 15, 2020. Posted in NEWS 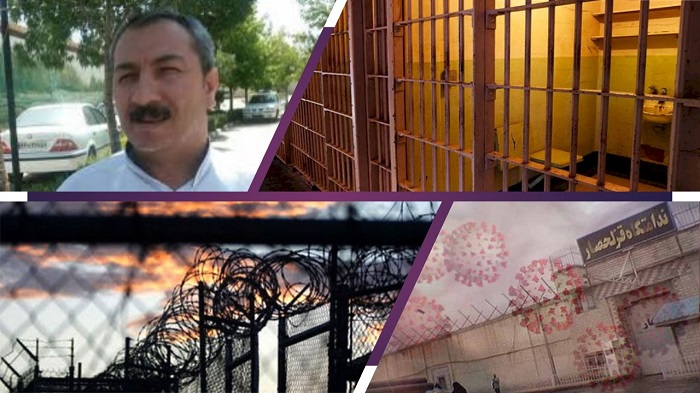 The international community must take immediate action to secure the release of Iran’s prisoners, particularly its political prisoners.

The MEK Iran recently uncovered a confidential memorandum from the regime’s Central Monitoring and Command of Security Forces (SSF) to specialized units of police stations regarding prison protests and rebellions during the current coronavirus pandemic.

The April 4 memo contains instructions to police departments on how to suppress the protests and tacitly acknowledges some of the reasons for the unrest in the regime’s prisons.

The full text of the confidential memo can be read below:

From: The Central Command and Monitoring

To: Specialized unit of the police stations

Subject: Instructions for vigilance on the possibility of rebellion and riots in the country’s prisons.

With respect, according to the Directorate of Operations for the State Security Force (SSF), simultaneous to the Coronavirus outbreak in the country, many factors have resulted in riots and clashes in some of the country’s prisons; The most important among them are:

The calls by hostile and counter-revolutionary currents on the families of prisoners to stage protests, the widespread dissemination of the news of the Coronavirus outbreak, the news about the shortage of medical equipment, the rumors about the state using the opportunity to physically eliminate those convicted of political and security offenses, and inciting prisoners to protest against the hygiene situation, etc. By implementing measures like providing medical facilities, sending (inmates) on temporary leave, requesting amnesty, or reducing the sentences for some, the Judiciary has tried to reduce the chance of a Coronavirus infection inside prisons. Despite these actions, a number of the more dangerous prisoners, who did not receive amnesty or leave, rioted and caused destruction. Please order that in addition to taking note of the following points, any relevant news is immediately sent to the Command and Control Center so that it could be relayed to the SSF:

Reports from various cities across Iran are portraying a very disturbing image of the novel coronavirus spreading in the regime’s prisons.#Iran#coronavirus https://t.co/sR5H5t26b8

According to instructions, it is emphasized that in order to control the situation and manage the said locations on the field, Special Units stationed in the provinces should be under the operational control of the provincial SSF command without any restrictions.

In view of the issued instructions and directives, review the pre-emptive action plans, eliminate the headcount defects, use capabilities of provinces, the provincial security councils, and the Prisons Protection Unit and undertake the necessary coordination with the Prisons Organization.

In order to prevent any surprises, constantly monitor the news and information on social media and otherwise to acquire intelligence awareness and take the necessary and precautionary measures to prevent any disorder and disruptive security issues in prisons.

As the coronavirus has spread throughout Iran’s prisons, inmates throughout the country have rebelled against the unsanitary conditions that put their lives in danger in an unprecedented series of riots and prison breaks. Since March 1, protests have taken place in prisons in Aligudarz, Tabriz, Saqqez, Hamedan, Mahabad, Shiraz (Adel Abad), and Ahvaz (Sheiban and Sepidar prisons). Dozens of inmates have been killed or wounded in these protests. 53-year-old Kurdish political prisoner Mostafa Salimi was executed on April 11, 2020, in Saqqez for allegedly plotting the mass escape from Saqqez Prison in late March.

MEK Iran and the National Council of Resistance of Iran (NCRI) once again urged the United Nations Security Council and the European Union and its member states to take immediate action to secure the release of Iran’s prisoners, particularly its political prisoners. Mrs. Maryam Rajavi, President-elect of the NCRI, has called repeatedly for an international fact-finding delegation to investigate the Iranian regime’s prisons to determine the status of its inmates. She has also called on the families of prisoners to continue lobbying for their release.