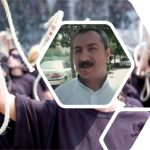 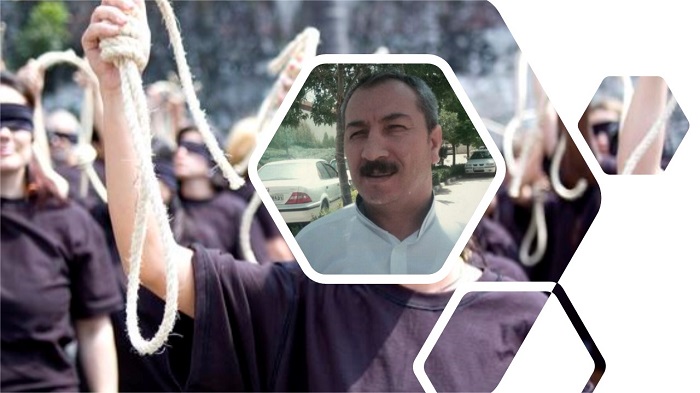 Mostafa Salimi, 53, managed to break out of Saqqez Prison on March 27 but was extradited to Iran by the Kurdistan Authority of Iraq several days ago and taken to solitary confinement. He was allowed to see his family for the last time on Friday.

He’d been on death row for 17 years on the charges of waging war on God, a trumped-up charge designed to punish political activists, and two armed clashes that left two State Security Force agents dead, although the circumstances are not clear.

53-year old political prisoner Mostafa Salimi was executed this morning at 4 am in Saqqez Prison, Kurdistan Province, western #Iran.
Salimi had fled during a recent prison riot as inmates protested authorities' refusals to provide furlough despite the #coronavirus epidemic. pic.twitter.com/1zgJMK3evv

Salimi was also charged with collaboration with the Kurdish Democratic Party of Iran (KDPI). The KDPI charge included 18 years of unarmed activities and five years of armed activities in Iraq and Iran-Iraq border regions. He returned to Iran after splitting from the group.

He was arrested on April 6, 2003, in Nahavand, Hamadan Province, and ver the course of his detentions, he was subjected to physical and psychological torture. He was initially sentenced to 15 years in jail.

The National Council of Resistance of Iran (NCRI) wrote in a statement:

“The Iranian Resistance offers its condolences to the relatives and friends of Mostafa Salimi and the people of Saqqez. It urges the United Nation’s High Commissioner for Human Rights and the relevant rapporteurs as well as international human rights organizations to condemn this heinous execution.”

The NCRI urged the UN Security Council, the European Union, and their member states to take urgent action and force the regime to release prisoners, especially political ones, to prevent a major humanitarian catastrophe in the form of coronavirus or increased torture and executions.

Amid #coronavirus crisis in #Iran, the lives of #prisoners, particularly #political prisoners are in danger. https://t.co/HYWkWDAU6h#MEK #Iran @USAdarFarsi #COVID2019 pic.twitter.com/ldOPFubIF2

Maryam Rajavi, the president-elect of the NCRI, called on international bodies to intervene earlier this month.

“The fate of prisoners in the clerical regime’s Intelligence Ministry prisons remains obscure. Once again, I urge the UN Secretary-General, Security Council, and High Commissioner for Human Rights to compel the clerical regime to release Iranian political prisoners.”

On March 27, prisoners at Saqqez Prison clashed with prison guards and some 80 prisoners managed to successfully escape.

There were at least 10 prison riots in late March and early April with prisoners demanding temporary leave, hygienic supplies, and the quarantine of ill detainees, as fear grows about how easily coronavirus will spread in the unhygienic and overcrowded prisons.

This came after numerous prisoners tested positive for coronavirus, several died, and many more exhibited symptoms. The authorities responded with a major crackdown.

In Sepidar and Sheiban prisons in Ahvaz, over the period March 30-31, dozens of prisoners died because of the regime’s crackdown.