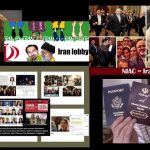 Written by Esmail Mohades on January 23, 2021. Posted in NEWS

Kaveh Afrasiabi, who has embarked on a hysteric campaign against the People’s Mojahedin of Iran (PMOI / MEK Iran).

In a statement earlier this week, the US Justice Department announced the arrest of Kaveh Lotfolah Afrasiabi (or Lotfolah Kaveh Afrasiabi as he is also known).

Violation of the Act (FARA)

The National Council of Resistance of Iran (NCRI) and The  People’s Mojahedin Organization of Iran (PMOI / MEK Iran) reported that  Afrasiabi was charged with “acting and conspiring to act as an unregistered agent of the Government of the Islamic Republic of Iran, in violation of the Foreign Agents Registration Act (FARA)”.

For more than ten years, Afrasiabi has been posing as a neutral and objective expert on Iran while in actual fact working for the Iranian government. Assistant Attorney General for National Security John C. Demers described him as a “secret employee” of the Iranian government “who was being paid to spread their propaganda”.

Acting U.S. Attorney Seth DuCharme said that Afrasiabi is accused of “disguising propaganda as objective policy analysis and expertise”, emphasizing that he “sought to influence the American public and American policymakers for the benefit of his employer, the Iranian government”.

Afrasiabi has written countless articles over the past decade and has participated in numerous interviews. He used his position to spread the regime’s lies and shamefully and illegally failed to declare that he was being paid by the Iranian regime.

It is positive news that he has been caught for his actions, but worrying that he has been able to get away with it for so long. Afrasiabi did not even try very hard to conceal his links with the Iranian regime, with there being a lot of photographs of him and several high-level regime officials. He was clearly trusted by the regime leaders as not many are photographed with officials.

(NCRI) and (PMOI / MEK Iran): Iranian agent caught and arrested in the United States, he also has close ties with other regime lobbyists such as the regime’s former ambassador to Germany Princeton Professor Hossein Moussavian.

As well as links with regime officials, Afrasiabi also has close ties with other regime lobbyists such as the regime’s former ambassador to Germany Princeton Professor Hossein Moussavian. The pair wrote an article together for The New York Times in 2012 in which they called for more concessions towards Iran.

He also has ties with the known and now disgraced lobby of the National Iranian American Council (NIAC).

But he has also been regularly interviewed by media outlets such as CNN and The Washington Post. In 2009 he even attended an event hosted by the Iranian regime’s mission at the United Nations. There he took the opportunity to criticize news coverage of the regime’s violent reaction to the major and widespread protests taking place in Iran.

Discredit the main opposition to the Iranian regime

Like most of Iran’s lobbyists around the world, Afrasiabi worked hard to try to discredit the main opposition to the Iranian regime – the People’s Mojahedin Organization of Iran (PMOI / MEK Iran) and the National Council of Resistance of Iran (NCRI). Both organizations have a huge following both inside and outside Iran, simply because their aim is to improve the lives of the people of Iran through freedom, democracy, and the respect of human rights. He, however, has tried to say that the organizations are insignificant and have no following or support.

He is not the first, and certainly will not be the last, regime agent trying to influence foreign powers and international media. His arrest is positive but must serve as a warning, and an eye-opener, to Western powers.

#NCRI (#PMOI/#MEK #Iran) reported that the US Dep of Justice announced his arrest, confirming that he was “acting and conspiring to act as an agent of the Gov of Iran, in violation of the Foreign Agents Registration Act (FARA)”.https://t.co/hN95PFKGgB #WeStand4FreeIran pic.twitter.com/sLYNFJdeWS