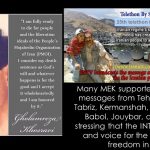 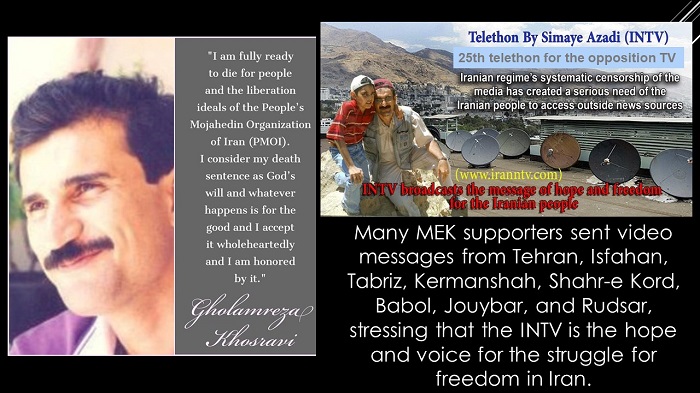 The National Council of Resistance of Iran (NCRI), and the People’s Mojahedin Organization of Iran (PMOI / MEK Iran) reported that Iran’s people express support for opposition despite intensified repression and the Covid-19 crisis.

25th Telethon for the opposition TV

Supporters and sympathizers of the Iranian opposition the People’s Mojahedin Organization of Iran (PMOI / MEK Iran) across the country expressed their support for the 25th telethon for the opposition TV Simaye Azadi (INTV).

Iranian peoples across Iran expressed their support for the struggle of the Iranian opposition the People’s Mojahedin Organization of Iran (PMOI / MEK Iran) for freedom and democracy.

During the 25th telethon for Simaye Azadi (INTV), the satellite television channel of the Iranian Resistance, (NCRI) and (PMOI / MEK Iran) the Iranian peoples lent their financial and moral support for the movement’s, especially the MEK resistance units struggle for freedom. 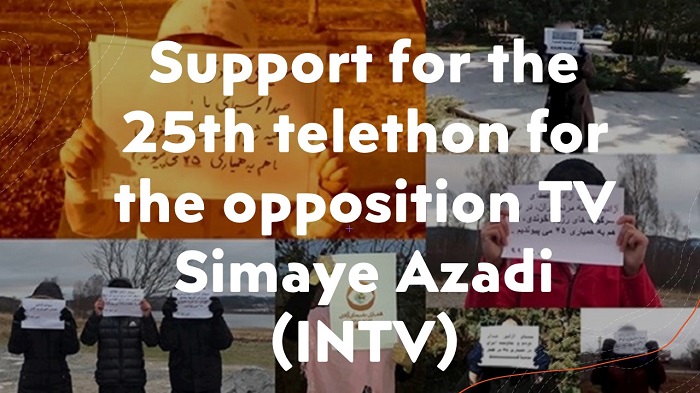 The program started on Friday, December 8, and continued for the past three days, and will be continued for another day or two. Many of the calls made to the program were from inside Iran, with callers risking arrest for expressing support for the Iranian opposition, (NCRI) and (PMOI / MEK Iran) openly.

To the Heroic Memory of Gholamreza Khosravi, 4 Years After His Execution by #Iran Regime
Gholamreza Khosravi, was a 49-year-old political prisoner from the south-western city of Abadan,&a Sympathizer of the Ppl’s Mojahedin Organization of Iran (PMOI/MEK). https://t.co/rXRRBLbnyW pic.twitter.com/bcKjipFkQw

In a letter sent from the Evin prison, a group of political prisoners expressed their support for the 25th telethon.

MEK’s vast network inside of Iran

Many MEK supporters sent video messages from Tehran, Isfahan, Tabriz, Kermanshah, Shahr-e Kord, Babol, Jouybar, and Rudsar, stressing that the INTV is the hope and voice for the struggle for freedom in Iran.

MEK supporters bravely introduced themselves as members of the Iranian Resistance Units, which is the MEK’s vast network inside of Iran.

In the past few years, the MEK has expanded its network inside Iran. The Resistance Units have played an important role in nationwide protests such as the November 2019 uprising.

In Tehran, the Resistance Units installed a huge poster of the Iranian Resistance leader Massoud Rajavi. “MEK is determined to sacrifice everything for people” the poster reads.

Similar actions were carried out in Karaj, where Resistance Units installed images and posters of Maryam Rajavi, the President-elect of the National Council of Resistance of Iran (NCRI), in the center of the city while echoing slogans such as “Destiny will be written by Iran’s brave generation with sacrifices” and “The mullahs are afraid of our determination.”