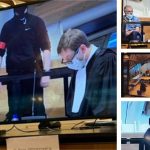 Had the attack against the opposition (NCRI) and (PMOI / MEK Iran) gone ahead in June 2018, the consequences could have been devastating. After the 2018 uprising in Iran, the regime considered the threat of the opposition significant enough to plan a terror attack on European soil at one of the Iranian Resistance’s biggest annual gatherings.

The second hearing in the trial for the Iranian diplomat that was plotting a terrorist attack against the Iranian Resistance, the  People’s Mojahedin Organization of Iran (PMOI / MEK Iran), and the National Council of Resistance of Iran (NCRI) took place on Thursday. Once again, Assadollah Assadi did not turn up at court on the instructions of the Iranian regime that told him not to cooperate with authorities.

The defence strategy for Assadi is to put all of the focus on diplomatic immunity. Assadi would have had immunity from prosecution and arrest in Austria seeing as he was posted in the regime’s Vienna embassy as the third counsellor. However, so far, the regime has failed in its attempts to get him off on this argument. The trial has gone ahead much to the regime’s dismay and there are high hopes that the prosecutors in the case will argue that diplomatic immunity in these circumstances – terrorism – will not be accepted. Besides, he was arrested in Germany and extradited to Belgium and a number of European countries worked together to bring the case to trial.

#MEK has been vociferous in declaring who is really to blame for such a heinous act and have called on EU governments to close down #Iran embassies and diplomatic missions, as they are bases for spies and terrorists working on behalf of the Iranian regime. #WeStand4FreeIran pic.twitter.com/783dHmptY7

Had the attack against the opposition (NCRI) and (PMOI / MEK Iran) gone ahead in June 2018, the consequences could have been devastating. After the 2018 uprising in Iran, the regime considered the threat of the opposition significant enough to plan a terror attack on European soil at one of the Iranian Resistance’s biggest annual gatherings. A high number of foreign dignitaries attend the event as well as tens of thousands of Iranian expatriates. The main target was Mrs Maryam Rajavi, the President-elect of the National Council of Resistance of Iran (NCRI) and the keynote speaker at the event.

Regime is feeling the heat in #Iran where its incompetence and brutality have won it no friends amongst its own citizens. A concerted and firm approach by the EU could just be enough to see the regime toppled and replaced by a democratic alternative.#MEK https://t.co/cSRDvLjQ3i pic.twitter.com/O8A7dth1iz

There will hopefully be a verdict at the end of this month. The prosecutors have called for a 20-year prison sentence for Assadi and 15 to 18 years for the three co-conspirators. However, the biggest hopes are for a drastic change in policy towards the Iranian regime on the part of European countries. The regime uses its embassies as centres of terrorism and this must not be allowed to continue. Albania has already established the threat of the Iranian regime and expelled diplomats. More European countries should follow suit. The closure of the regime’s embassies across Europe is an important and essential step that should not be overlooked.

Assadi’s defence team is trying to get the case thrown out of court on the basis that he is beyond the reach of the court because of his diplomatic status. This further implicates the Iranian regime that has not even denied its part in the plot. There is no doubt that the regime’s intelligence and foreign ministry was involved in the plot at the highest level.

If the defendants are found guilty, this is positive news. It is not the first time a regime diplomat has been involved with such terror threats, but it is the first time one is facing justice in court. However, a guilty verdict does not address the bigger picture. Unless it is followed by extensive measures in the European Union, the regime will be allowed to continue carrying out assassinations and attacks against its opponents.