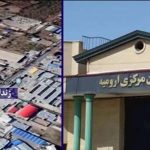 Written by Amineh Qaraee on November 26, 2020. Posted in NEWS 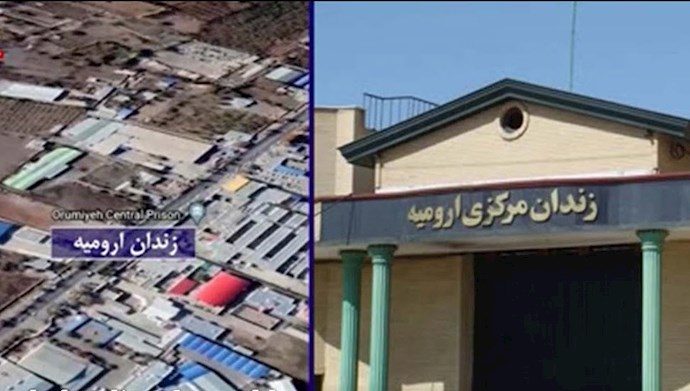 On Wednesday, November 25, 2020, hundreds of prisoners in Urmia prison, protested the guard’s brutal behavior with a prisoner and the lack of necessary provisions for Coronavirus.

According to reports from Mujahedin-e Khalq (MEK) sources inside Iran, hundreds of prisoners have been rioting in wards 1 to 4 of the Urmia prison yesterday, breaking all the ward windows and setting fire to blankets in the hall opposite the guard’s room, as well as the guard’s desk.

The riot is in protest of the beating of a prisoner named Hojjat Kazemnejad, as well as the lack of basic hygiene provisions in the face of the Coronavirus. The protesters also complained about the high cost of goods inside the prison, and the refusal to release prisoners until the end of the Coronavirus pandemic, while holding prisoners after their term is over.

Yesterday, Hojjat Kazemnejad, a prisoner whose term had finished  25 days ago, set himself on fire in front of the prison guards to protest his continued detention. But the inhumane guards beat him while he suffered from the burn. Last week, he had gone on a hunger strike to protest his detention, but he was convinced to end his strike after being promised to be freed.

MEK: Suicides on the Rise in Iran’s Prisons

MEK’s report indicates that following the protest of the enraged prisoners, the prison guards clamped down on the protesting prisoners and brutally beat them. As a result of this attack, at least 15 prisoners have been taken to hospital due to the severity of the beatings and their deteriorating condition. All prison’s telephones were cut off, so that news of the riot could not be passed to the outside world.

The Iranian Resistance has called for the immediate intervention of the United Nations and all human rights organizations to save the lives of insurgent prisoners in Urmia Prison. It also reiterates the need for immediate deployment of an international commission of inquiry to visit prisons and meet with the prisoners.

Earlier on in March, several other prisoners across the country experienced riots, in protest to the terrifying Coronavirus spread in prisons and the lack of any provisions to protect the prisoners while rejecting to release the prisoners temporarily until the end of the pandemic.