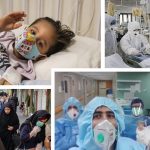 Written by Esmail Mohades on November 25, 2020. Posted in NEWS

Sadly, more people have died from Covid-19 in the last 24 hours than at any time during the pandemic. Over 166,300 have died in 46 cities across Iran, according to data obtained by the Iranian opposition People’s Mojahedin Organization of Iran (PMOI/MEK). As has been typical during the whole period of the pandemic in Iran, government figures are way below the true number at 45,738 fatalities.

Tehran, at 41,021 deaths and Isfahan at 9,940 have the two highest city death tolls across the country.

The People’s Mojahedin Organization of Iran (#PMOI/ #MEK #Iran), and the National Council of Resistance of Iran (NCRI) has revealed that despite the underreporting of the regime’s figures on the deaths from Covid-19 the true figure is more than 165,200.https://t.co/600RioCnE9 pic.twitter.com/QIr1sJ5bUT

Abdolreza Rahmani Fazli, the Interior Minister is very upset about the fact that the regime’s Covid-19 figures have been ridiculed and exposed as inadequate. “During the past few days that we have launched an initiative to cover each neighborhood, foreign media outlets and dissidents have all been questioning this plan in Iran and citing various evidence and documentaries to claim it will not be effective. They exaggerate even the very smallest issues,” he was reported moaning to state TV.

#MaryamRajavi: The mullahs ruling Iran facilitated the spread of coronavirus and did not make any serious efforts to contain it. This is why the pandemic has turned into a source for hidden escalation of fury and anger.#MEK #Iran pic.twitter.com/CAY50bscLK

A cancer surgery specialist, Dr. Sima Mashayekhi, commented on the resignation of the regime’s deputy health minister, Reza Malekzadeh. “The fact that the health minister vehemently defends traditional treatments and stands against the scientific beliefs of his research and technology deputy, who himself is a well-known figure in the international science community, is a big question mark for the doctors’ community and the people who trust the health ministry with their health,” she wrote.

News from provinces around Iran is reported below in brief;