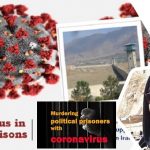 MEK: Political Prisoners in Iran Deliberately Starved to Scare Others From Protesting 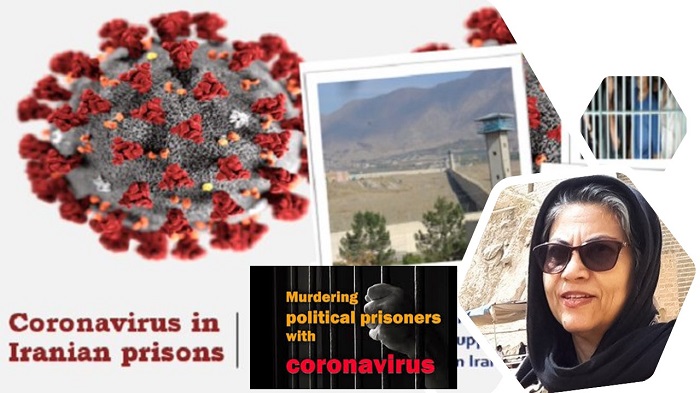 According to the prisoner families supporting (PMOI / MEK Iran), Prison authorities have attempted to defend the new diet of 10 to 12 spoons of rotten rice a day by saying that the prisoners can always purchase more food from the prison store.

The National Council of Resistance of Iran (NCRI), and the People’s Mojahedin Organization of Iran (PMOI / MEK Iran), reported that prison authorities in Iran are deliberately underfeeding political prisoners in order to coerce them into making false confessions and generally break their will. (PMOI / MEK Iran) network from Iran says that the strategy is part of the Iranian regime’s ramped up measures to dissuade Iranians from showing any kind of dissent or public protests.

MEK says that the new guidelines are coming from the Judiciary and Intelligence and Security Ministry Chief, Ebrahim Raisi, in the hope that the measures will stave off further protests this month as the anniversary of last year’s huge November uprising draws near.

According to the prisoner families supporting (PMOI / MEK Iran), Prison authorities have attempted to defend the new diet of 10 to 12 spoons of rotten rice a day by saying that the prisoners can always purchase more food from the prison store. The catch is that the food in the store is also rotten and most political prisoners cannot afford to buy it anyway. (PMOI / MEK Iran) sources from inside Iran reported that many political prisoners were the sole breadwinner in their family, so their family just doesn’t have the spare cash to help them buy extra food.

The lack of food is just one issue the prisoners have to suffer. Unless the prisoners kowtow to the prison guards, they are often stuck in a single cell meant for 20 prisoners, but in fact, crammed in with 70 others. There is usually just one filthy, stinking toilet with a curtain for privacy but not enough to stop the putrid smell. Prisoners who submit to taunts and repent their political views may be allowed to return to a ‘normal’ prison ward where they are allowed to go outside every day for an hour in the open.

Prisoners are being starved in #Iran, specifically in the Greater Tehran Prison.

"According to the news received from this prison on Tuesday, October 13, prisoners in the Greater #Tehran Prison brigades are suffering from food shortages."https://t.co/CqizHlRHOb #HumanRights

News about what was happening in the prisoners came in detail from Soheil Arabi, a political prisoner himself. The information was in the form of audio files and letters that were smuggled out to his family. This was at some personal sacrifice to Arabi and his family. Arabi has been tortured and beaten in prison and even his mother arrested on a charge of “collusion” and “disseminating propaganda against the state.” Arabi’s mother was also tortured.

Farangiz Mazloum, #Iran activist and mother to political prisoner Soheil Arabi was sentenced to 18 months of prison for being outspoken about the plight of her son. pic.twitter.com/zkqOuRRM3O

On Arabi’s brave effort to reveal the conditions inside Iran’s prisons, Stevenson said: “Arabi’s bravery in exposing the inhumane prison conditions in Iran included a detailed description of the looting and rape that continues daily, with the full connivance of the prison guards. Arabi says that extortionist gangs and thieves prey on newcomers in Tehran’s jails, robbing them of any possession and often raping them. He says that this behavior is not only tolerated but openly encouraged by the prison guards and wardens,”

Monthly inspections by prison guards and the IRGC are particularly nasty. The guards and IRGC forces steal prisoners’ property or break it. They taunt the prisoners and beat any prisoner who dares to object.

Mrs. Maryam Rajavi the President-elect of the National Council of Resistance of Iran’s (NCRI): I laud the stance of MEPs in support of the rights of political prisoners in Iran. The UN High Commissioner for human rights highlighted their abysmal conditions due to the pandemic in prisons.
MEK Iran (follow them on Twitter and Facebook)