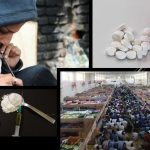 Written by Jennifer Jones-Kelley on November 3, 2020. Posted in NEWS 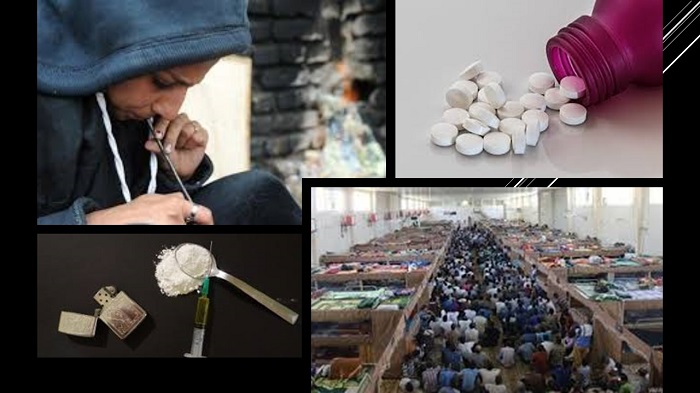 Iran regime officials distribute narcotics among prisoners: Despite these suppressive tactics, political activism and resistance continue to thrive in Iran, and (PMOI / MEK Iran) has a strong base of support inside the country.

the National Council of Resistance of Iran’s (NCRI), and its constituent groups, especially the People’s Mojahedin of Iran (PMOI / MEK Iran) and Iranian Resistance leader Mrs. Maryam Rajavi have repeatedly condemned the Iranian regime for its treatment of prisoners and called for the United Nations to send a delegation to Iran to investigate the well-being of political prisoners held by the regime. An Iranian prison aid worker described conditions for death row inmates inside Iran’s infamous prisons in an article published on the Iran Focus website on Sunday. The article reaffirms the necessity of supporting the (PMOI / MEK Iran), and the (NCRI) as the viable democratic alternative to the clerical dictatorship.

THE NATIONAL COUNCIL OF RESISTANCE OF IRAN (#NCRI) IRANIAN DICTATORSHIP’S VIABLE OPPOSITION: Iranian regime’s most organized opposition, and the only viable alternative to the ruling dictatorship in #Iran.#PMOI #MEK https://t.co/dWobjPO0Qa

According to the anonymous prison aid worker, the horror sentence is a torture method applied to death row prisoners in Iran. Numerous (PMOI / MEK Iran) sources have confirmed this decades-long tactic of psychological abuse, in which condemned inmates are not given a date for their execution. Prisoners wait in limbo for months or months or even years, while their families await news of their impending executions.

Execution dates are arbitrary and sudden. Guards come into the ward without warning and transfer the condemned prisoner to solitary confinement to await execution. Once the prisoner has been transferred, execution usually takes place within one to three days, but sometimes guards return an inmate to the ward after two or three days. Some prisoners have been taken from solitary to the gallows and then sent back to the ward.

The goal of the horror sentence is to break down the prisoners psychologically and intimidate them into submission. The tactic is also effective on other prisoners in the ward due to the close bonds forged between inmates through shared hardship. The uncertainty of not knowing when a friend will be taken to their death creates fear and anxiety.

The (PMOI / MEK Iran) source also reported that prison wardens distribute methadone to inmates to more easily control them. Methadone calms the prisoners and makes them less likely to protest, and it is also highly addictive, so wardens can easily control unruly individuals by withholding doses until they are compliant. Methadone is not effective on political prisoners, as they are unwilling to stop protesting due to coercive measures.

Death row prisoners who have been transferred to solitary are routinely given large doses of narcotics and psychotropic drugs the night before they are executed to ensure their compliance.

Do doctors and nurses in hospitals and medical centers in #Iran truly collaborate with security agencies to inject antipsychotic drugs into prisoners to paralyze them — and why?https://t.co/3e51xr5gwp #truth

The (PMOI / MEK Iran) report also described a well-known phenomenon in Iranian regime prisons in which guards create violent conflicts between inmates to eliminate political prisoners. This allows prison officials and regime authorities to indirectly kill prisoners without having to issue a death sentence or take responsibility for the death.

Guards use various techniques to accomplish this goal. Political prisoners are not segregated from the general population in Iran, meaning that non-violent protesters and ethnic minorities are housed with violent criminals. This is often enough to create a dangerous situation, although the article notes that political prisoners sometimes win over the ordinary prisoners to their cause.

Guards will sometimes take a more active approach and house a particularly dangerous inmate in close quarters with a political prisoner and “accidentally” leave something that may be used as a weapon where it may be found. Guards have also been known to pay prisoners to beat or kill political prisoners.

Despite these suppressive tactics, political activism and resistance continue to thrive in Iran, and (PMOI / MEK Iran) has a strong base of support inside the country. The regime’s attempts to control and intimidate its people have had the opposite effect; these cowardly actions have mobilized the Iranian Resistance, (PMOI / MEK Iran), and the (NCRI) to fight for a free and democratic Iran.

Mrs. Maryam Rajavi the President-elect of the National Council of Resistance of Iran’s (NCRI): I urge the international community, especially the United Nations Secretary-General and other Human Rights organizations to intervene immediately to stop the executions, secure the release of the prisoners, and prevent a major humanitarian catastrophe in Iran’s prisons.