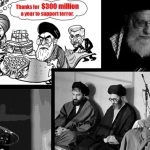 MEK Iran: The Supreme Leader of Iran, Ali Khamenei, and his crimes against humanity.

Written by Amineh Qaraee on October 6, 2020. Posted in NEWS 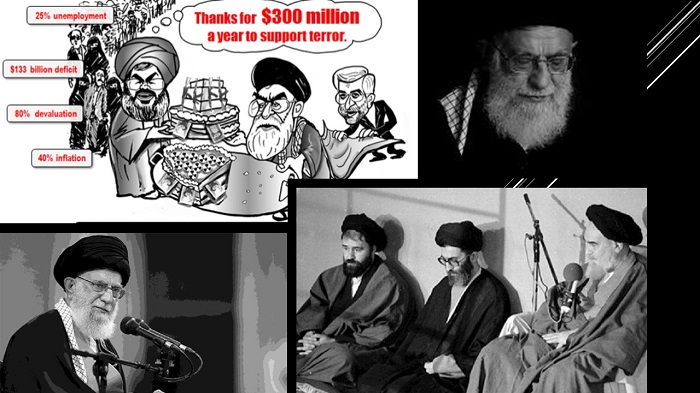 An influential cleric who was close to Khomeini, Ali Akbar Hashemi Rafsanjani, suggested that Khamenei should be appointed as the new Supreme Leader, following the death of Khomeini. Hossein Ali Montazeri, who was the designated successor for many years prior, was outcasted for his protests against the massacre of around 30,000 (PMOI / MEK Iran), political prisoners in 1988, ordered by the regime.

Ali Khamenei is the 81-year-old Supreme Leader of the mullahs’ regime in Iran and is the ultimate authority on all state matters in the theocratic regime. He is responsible for all the crimes against humanity that the regime commits against the citizens of Iran, as well as international acts of terrorism.

After the death of the regime founder, Ruhollah Khomeini, in 1989, Ali Khamenei was elevated overnight from the clerical rank of Hojjat al-Islam to Ayatollah, despite not possessing the necessary rank of Marja-e taqlid (source of emulation). Ruhollah Khomeini had a disagreement with Hussein-Ali Montazeri, who was intended to be the air to the Supreme Leadership, over the rights and freedoms of the Iranian people. Therefore, upon the death of Khomeini, Ali Khamenei was appointed by the Assembly of Experts as the Supreme Leader.

The Supreme Leaders office manages numerous security, economic, and political institutions. Khamenei benefits enormously financially from these institutions and is estimated to be worth close to $200 billion.

Who is Ali Khamenei, the supreme leader of Iran’s regime?The Supreme Leaders office manages numerous security, economic, and political institutions. Khamenei benefits enormously financially from these institutions and is estimated to be worth close to $200 billion. #MEK #Iran pic.twitter.com/FTNDfoG05N

Early years and introduction to the regime

Ali Khamenei was born on 19 April 1939 in the city of Mashhad, Northeast Iran. He studied at the Dianati School of Mashhad. Khamenei’s first major encounter with politics was at the age of 23 when he rejected the “White Revolution”; a series of reforms launched in Iran in 1963 by Iran’s former monarchical dictator, the Shah.

Subsequently to the 1979 Iranian revolution, during which the Shah was overthrown and the current ruling regime seized power, Khamenei was appointed as the Friday prayer Imam of Tehran. He was then promoted to several different important roles within the regime, before becoming the Supreme Leader in 1989, including two terms as the regime President from 1981 to 1988. He was responsible for founding the “Islamic Republic Party”, along with Mohammad Beheshti, Bahonar, and Rafsanjani in 1979. He was also responsible for the oppression of minorities in Kurdistan and Khorramshahr by the Islamic Revolutionary Guard Corps (IRGC).

The Supreme Leader’s office, under the supervision of Khamenei and his son eldest Mojtaba, is an entity that oversees dozens of security, political, and economic institutions. Khamenei’s wealth is estimated to be close to $200 billion.#MEK #Iran pic.twitter.com/njyraojDwZ

An influential cleric who was close to Khomeini, Ali Akbar Hashemi Rafsanjani, suggested that Khamenei should be appointed as the new Supreme Leader, following the death of Khomeini. Hossein Ali Montazeri, who was the designated successor for many years prior, was outcasted for his protests against the massacre of around 30,000 MEK political prisoners in 1988, ordered by the regime.

Montazeri wrote: “I congratulate the appointment of a Supreme Leader of club-wielders, looters, and obscenity! There is nothing that we can do now that the illiterates and irrationals have taken power.”

The US Embassy issued a statement on 26 April 2019, stating that Khamenei’s financial empire is worth an estimated $200 billion. His children also each own assets of billions of dollars from this empire. Khamenei controls several organizations and foundations which generate enormous wealth, such as the foundation of the Executive of Imam Khomeini’s Order, which has assets of around $95 billion. Another foundation under Khomeini’s control is The Mostazafan Foundation, which oversees assets left by the Shah’s regime. The foundation owns and generates income from thousands of houses, villas, factories, and agricultural lands.

As the Supreme Leader and overseer of all state matters in the clerical regime, Khamenei is responsible for all of the human rights violations and brutal practices of oppression in Iran. There are numerous instances of murder, imprisonment, and torture which Khamenei has been complicit in. This includes the execution of 120,000 political prisoners in the early 1980s and the massacre of 30,000 political in 1988 most of whom were members of or affiliated with the People’s Mojahedin Organization of Iran (MEK  Iran / PMOI). Khamenei was the regime President during this time.

On the subject of the massacre, he stated: “Have we abolished the death penalty? No! In the Islamic Republic we have the death penalty for those who deserve it,” he said at the time. “If they are connected to the MEK, what should we do? They are sentenced to death and we execute them. We are not joking about this.”

Khamenei is ultimately responsible for decades of murder, torture, and imprisonment of thousands of dissidents, most members, and affiliates of the regime’s opposition, the MEK. Women and religious and ethnic minorities have been greatly oppressed under the rule of Khamenei and anyone who has tried to rise up against the regime, such as the 1999 student uprising. In the past three years, there has been significant uprising from the Iranian people, commencing in December 2017, during which 1,500 peaceful protestors were killed.

After the death of Ruhollah Khomeini, Khamenei has further been responsible for terrorist attacks and assassinations to eliminate anyone who he perceived to be a foreign threat to his theocratic rule. No terrorism plot can be carried out by the regime without specific orders and permission from Khamenei.

The first assassination was Abdul Rahman Ghassemlou, the leader of the Iranian Kurdish group, the KDPI. He was assassinated on 13 July 1989 in Vienna by agents of the Iranian regime who were meeting Ghassemlou under the guise of negotiation talks.

In recent years, the mullahs attempted another terrorist attack on the annual Iranian resistance gathering near Paris, for supporters of the The National Council of Resistance of Iran (NCRI), MEK, and Iranian resistance movement. The regime sent one of their senior diplomats and Assahdollah Assadi, to orchestrate the attack using a bomb. Assadi was apprehended by German authorities after delivering the explosive materials in Luxembourg, to the agents who would carry out the attack. He now faces a trial in Belgium, which will be the first time an Iranian diplomat will be prosecuted for direct involvement in a terrorist plot.

The power struggle for Khamenei’s successor

It is unknown who will succeed Khamenei and become the next Supreme Leader of Iran. There are several potential figures, such as Ebrahim Raisi, the current Judiciary Chief, Mohammad Yazdi, a senior regime official and member of the Guardian Council, and Sadeq Larijani, the former Head of the Judiciary. This has created tension within the regime and between the potential candidates. In 2019, Yazdi attacked Larijani, accusing him of corruption and silencing journalists, in an attempt to sideline him.

The regime is being continuously weakened by the growing support for the resistance movement, the MEK and NCRI, the recent uprisings, and a new sense of accountability which is being advocated for on an international scale. The power struggle and uncertainty that surrounds Khamenei’s succession is yet another display of weakness and shows that Khamenei is struggling to maintain his power.