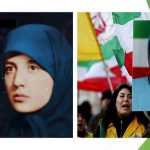 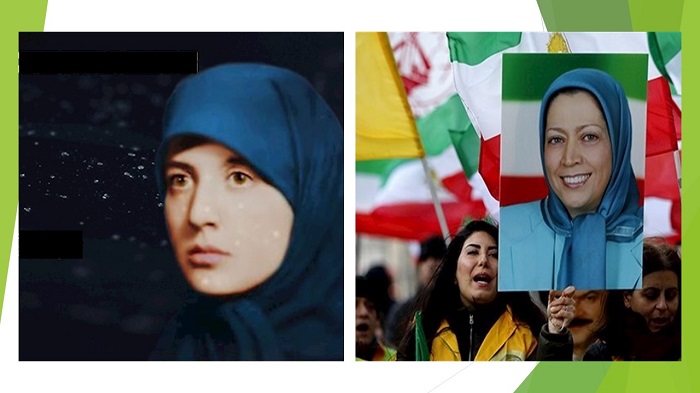 MEK member, Masoumeh Azdanloo, was born in 1959 to a middle-class family in Tehran and is the younger sister of Maryam Rajavi, the President-elect of the National Council of Resistance of Iran.

In the history of the imprisonment of members of the Mujahedin-e Khalq (MEK Iran / PMOI), there are many inspiring stories that touch the heart of every individual who hears them and teach an important lesson of faith and fidelity.

The life story of the heroic resistance of Masoumeh Azdanloo under the brutal torture of Khomeini’s order, and the triumph of her bravery against the regime, is one of the most important stories that will always be remembered in the glorious history of the MEK.

MEK member, Masoumeh Azdanloo, was born in 1959 to a middle-class family in Tehran and is the younger sister of Maryam Rajavi, the President-elect of the National Council of Resistance of Iran. It was in her first year of high school that, with the guidance of her older siblings, she became acquainted with social and political issues and began reading political books.

#MEK celebrated 55 years of existence. The MEK was instrumental in the role it played to oust the dictatorship of Shah. Soon after, it opposed the mullah's regime. Today, after many years of struggle it has played a key role in #Iran’s bid for freedom. pic.twitter.com/6cEHU57T09

After the arrest of her brother, a member of the MEK, by the Shah’s SAVAK in 1972, she learned more of the ideals of the MEK and immediately began her political career. From her adolescence, Masoumeh Azdanloo attended meetings with the families of political prisoners and became immersed in the political atmosphere of the resistance movement. She entered Tehran University of Science and Technology in 1977 and studied industrial engineering. Masoumeh was one of the student activists who played an active role in the student resistance movement during those years.

After the victory of the anti-monarchist uprising in 1979, the heroic Masoumeh maintained direct contact with Iran’s MEK organization and performed her duties in the MEK’s student section. After the 20 June 1981, the clerical regime became a death machine and began to carry out the mass murder of MEK supporters. At this time Masoumeh was one of the more senior members of the MEK and continued to carry out her duties to the cause to the highest standard. Her devotion to freedom and her deep feelings towards the Iranian people and her Mujahideen sisters and brothers, as well as her sincerity, honesty, and hard work, were among the morals which made her unique within the MEK.

Massoud Rajavi revived and revitalized the PMOI/MEK under the crushing blows of two dictatorships. #Iran

The regime had falsely announced that Masoumeh had been killed in the clashes and she was not given medical attention for the bullet that remained in her neck and near to her spinal cord, severely hurting her. She was immediately subjected to brutal torture, particularly by Asadollah Lajedvardi, who was infamous for his role in torture and the massacre of MEK supporters.

One of Masoumeh’s accomplices wrote: “Because of the bullet that hit Masoumeh in the neck and jaw, she was constantly bleeding. In the same circumstances, the torturers tied her hands and feet to the bed and tortured her.

The movement against the #Iranian regime led by the #MEK started 20th June1981 To mark this recent anniversary supporters of #PMOI #Iran and members of MEK Resistance Units participated in several activities across the country.https://t.co/5o5eBRFg9d #FreeIran2020 @USAdarFarsi pic.twitter.com/1THZIQJee8

While under torture, Masoumeh was mumbling things as she could not open her mouth properly due to bleeding from her injuries. The torturers thought she was giving information but when they got close to her mouth, they realized that she was repeating ‘Down with Khomeini – Hail to Rajavi.’ The torturers were desperate and angered hearing Masoumeh’s rebellious words of resistance and their savagery was at its peak. During her six months in captivity, Lajevardi used all kinds of brutal tortures to break Masoumeh and forced her to give a television interview but every time she defeated the torturers with her firm will.”

On the same days, due to the severity of the torture, Masoumeh had a miscarriage when she had been pregnant for several months. Afterward, she could no longer walk and could barely speak. However, even in those devastating circumstances, every time she had a chance to talk to another MEK inmate, she tried to spread news inside the prison of MEK’s movements outside. She also encouraged prisoners and called on them to resist.”

“They (the torturers) used to say to Masoumeh, ‘Are you cursing the Imam? Death to yourself and your organization.’

Masoumeh, who had become very thin and bony under those conditions, was kept in the prison’s medical ward. Her torturers were worried that they may lose her without getting any information. They couldn’t do anything more to torture her than they had already unsuccessfully tried. One of the female Revolutionary Guards, in retaliation, cut Masoumeh’s hair in an awkward manner with scissors, and other Revolutionary Guards insulted her by drawing graffiti cursing against the MEK on bandages around her wounds. They were doing vicious things. There, I saw with my own eyes how low and humiliated Khomeini and his gang felt by the MEK supporters and their resistance. The prisoners maintained their power over the regime by enduring the torture and hellish conditions that they were subjected to.

The brave Masoumeh usually returned to the prison ward unconscious from the torture chambers yet still used every opportunity to inquire about other supporters and their condition in other prison wards as soon as she regained consciousness. She was one of the higher MEK ranking members and all she thought about was how the other MEK supporters under her responsibility were; how was their spirit and what was going on in the other cells. In return, she gave the other inmates the news she obtained from outside the prison about the MEK.

All of this was while, due to her severe injuries, she could not open her mouth properly and she had a lot of pain because of the bullet in her neck.”

Masoumeh was popular among her peers for her caring nature and unbreakable resilience. When not in the prison’s medical ward she was mostly held in solitary confinement. Despite being in the medical ward they did not treat Masoumeh’s jaw until the very end. She was weak, in a lot of pain, and denied even basic painkillers. “They were outraged by her stubborn, unspoken resistance,” reported another MEK supporter who was imprisoned at the same time as Masoumeh.

Masoumeh was sentenced to death for being a member of the MEK and on 29 September 1982, after sustaining months of cruel torture, interrogation, and inhumane treatment she was called for execution.

Another prisoner wrote about the memory of her last farewell to Mujahideen:

“On that day, the most popular Mujahideen prisoners were called for execution, including, Masoumeh Azdanloo, Shahla Hariri Motlagh, and Nadia Kaviani. When they were taken away, ward 246 was in disarray; all MEK supporters were knocking on doors, protesting, crying and chanting from their cells. Many prisoners were taken away and tortured the next day because of that.”

Before the execution, Masoumeh wrote a will that was smuggled out of prison by other MEK supporters. As she was taken for execution, she told her peers, “Tell my sisters and brothers that Masoumeh kept her secrets until the end.”

Thus, Masoumeh Azdanloo, a true hero of the resistance, after 6 months of standing against the continuous brutality of Khomeini’s torturers, stood proudly in front of the firing squad and was martyred courageously for the liberation of her people and homeland.