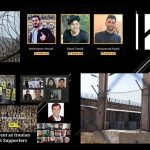 MEK Iran: Urgent Calls for International Community to Intervene to Save Lives of Arrested Protesters

Written by Amineh Qaraee on September 22, 2020. Posted in NEWS 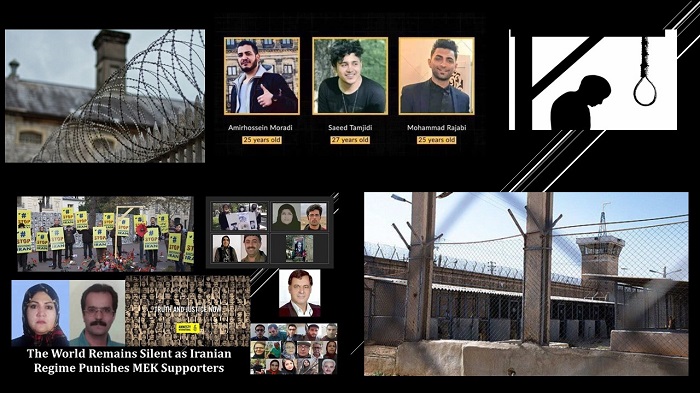 The situation for political prisoners in Iran is degrading. Over the past few months, Iranians who participated in widespread protests and uprisings have been subjected to harsh treatment and many have been sentenced to death.

There are calls for the international community to intervene urgently to protect and save the lives of political prisoners.

1. Before your government executed Navid Afkari, he was repeatedly tortured and his confession televised on Iranian state TV. Do you torture all your political prisoners, or just when you want to televise their confessions and need to make sure they comply? #QuestionsforZarif pic.twitter.com/e5ThrKcDNu

The National Council of Resistance of Iran (NCRI) calls on the United Nations Secretary-General, the Human Rights Council, and the High Commissioner, all relevant bodies, and all human rights organisations, to take urgent action. The NCRI has drawn attention to the torture that the detained protesters are facing and it has called for an international delegation to be sent to the country to establish what is happening and how political prisoners are being treated.

Many of the imprisoned protesters are in the notorious Evin Prison in Tehran, as well as Gohardasht Prison and Fashafuyeh Prison. Many are also imprisoned in detention centres that are temporary and the whereabouts unknown, set up by the Islamic Revolutionary Guard Corps (IRGC), the Ministry of Intelligence and the State Security Forces (SSF).

The NCRI describes these secret and temporary detention centres as “torture chambers”. In an article on its website, the NCRI has detailed some of the abuse that is taking place.

The so-called “Niloufar Security Police” arrested a protester identified only as A-M. They beat him severely in a number of different ways, including tying him to a chair and laying him on the floor and standing on his chest. The security forces also threatened him with rape and warned him he would be subjected to even more torture if he did not confess and sign a statement that they dictate to him.

Such torture has been reported by many detainees and torture is not just physical, but also psychological.

An arrested protester at the Gisha Security Police detention centre was tied to a radiator and subsequently beaten with a water pipe. He was stripped naked, had his wrists and ankles chained together and was beaten and tortured for hours at a time. He, and many other detainees there, were tortured with shockers.

Another report indicates that the same authorities injured a detainee when they kicked a metal shackle worn by the victim so hard that it broke his leg. The break was so severe that 10 months later the person is still wearing a cast on their leg.

In the Shahriar Security Police Center, a prisoner was beaten around the head, face and body with a hose filled with bullets. He was also whipped on the soles of his feet.

Torture is also prevalent at the IRGC Intelligence detention centres. Prisoners, there are beaten with batons and shockers. Several prisoners have been reported to have been forced to undress and subsequently beaten on sensitive parts of the body.

Another form of torture used by authorities on Iran is the use of mock executions.

The reports coming from Iran are shocking and it is clear that urgent intervention by the international community is needed.

Mrs. Maryam Rajavi, the President-elect of the National Council of Resistance of Iran’s (NCRI), made an appeals to save the lives of the detainees of the November uprising.

The international community’s silence and inaction are tantamount to a green light to the regime in #Iran to continues its atrocities. #NoImpunity4Mullahs

The People’s Mojahedin Organization of Iran (PMOI /  MEK Iran), adds voice to the president-elect of NCRI, Maryam Rajavi to calls on the United Nations Secretary-General to send a fact-finding mission to visit prisons and prisoners.