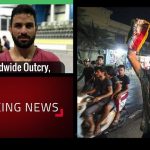 MEK: Iran Will not Remain Silent in the Face of Navid’s Hanging and Will rise to Protest his Unjust Execution

Written by Amineh Qaraee on September 12, 2020. Posted in NEWS 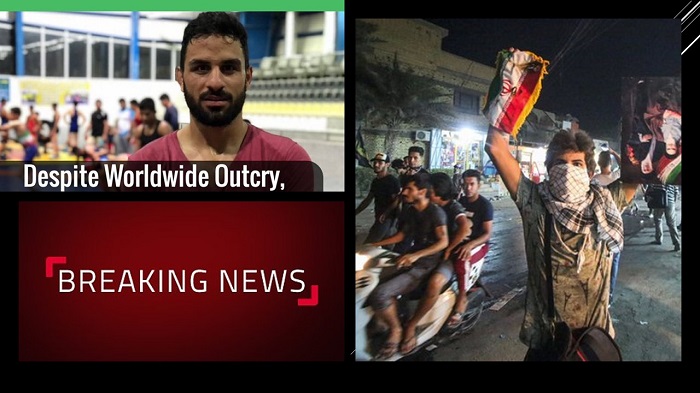 The mullahs’ regime executed political prisoner Navid Afkari after torturing him and obtaining forced confessions. His death sentence was carried out despite a global campaign calling to spare Afkari’s life.

Navid Afkari was sentenced to double executions, prison, and lashings. His brothers were sentenced to a combined 81 years in prison and lashes. The People’s Mojahedin Organization of Iran (PMOI / MEK Iran), has previously reported on Afkari’s unjust sentence and condemnation from human rights groups.

The UN, the Security Council, the European Union, and all human rights defenders urged to take effective action

Silence amount to a green light to, and complicity in, the continuation of the regime’s crimes

This morning, 27-year-old Navid Afkari, the Iranian wrestling champion, was executed after brutal torture for participating in the 2018 uprising, despite widespread domestic and international protests.

Mrs. Maryam Rajavi, the President-elect of the National Council of Resistance of Iran (NCRI), said: The people of Iran, especially the courageous youth, will not remain silent vis-à-vis the savage execution of this brave son of Shiraz and will rise up in solidarity with the heroic people of Fars Province over his unjust execution. The religious dictatorship ruling Iran cannot survive for even one day without suppression, execution, and torture. By shedding the blood of the brave children of Iran, such as Navid, it seeks to preserve its rule in the face of the Iranian people’s uprising. But Navid’s martyrdom will only add fuel to the flames of the Iranian people’s uprising and will strengthen their determination to overthrow the clerical regime and to establish freedom and democracy.

Ms. Rajavi added: The United Nations Security Council, its member states, the UN Human Rights Council and High Commissioner for Human Rights, the EU, and all international human rights organizations must undertake effective and concrete measures against the Iranian regime for the execution of Navid Afkari and 120,000 political prisoners. Silence and inaction are tantamount to a green light to, and complicity with, the regime to continues its atrocities.

According to reports, the clerical regime is refusing to hand over Martyr Navid Afkari’s body to his family. In fear of popular protests, they are trying to secretly bury him to prevent any gathering from paying tribute to him.

Secretariat of the National Council of Resistance of Iran (NCRI) September 12, 2020

The execution of #NavidAfkari will only fuel the flames of the Iranian people’s fury and will send the mullahs’ rule to the dustbin of history.

#Iran: Political prisoner Navid Afkari, a 27-year old wrestling champion in Iran, has been executed by the genocidal mullahs’ regime in the early morning hours of Saturday, September 12, according to state-run media.#NavidAfkari #NoImpunity4Mullahs https://t.co/SbvZaiBTCx

Political prisoner Navid Afkari, a 27-year old wrestling champion in Iran, has been executed by the genocidal mullahs’ regime in the early morning hours of Saturday, September 12, according to state-run media.

This horrific crime has taken despite a global campaign calling on the regime to revoke this innocent young man’s death sentence. A number of governments, international organizations, and athletes from across the globe had joined this call to save Navid’s life.

#Iran's mullahs have executed political prisoner Navid Afkari after obtaining confessions under torture and despite a global campaign calling to revoke his death sentence.#NavidAfkari https://t.co/RveaM0g2Cd pic.twitter.com/vuGHkr3hMG

Afkari, executed for taking part in protests back in August 2018, described the horrific physical and psychological tortures inflicted on him by the regime’s authorities.

“For around 50 days I had to endure the most horrendous physical and psychological tortures. They would beat me with sticks and batons, hitting my arms, legs, abdomen, and back. They would place a plastic bag on my head and torture me until I suffocated to the very brink of death. They also poured alcohol into my nose,” the letter reads.