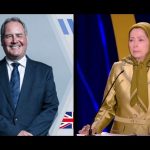 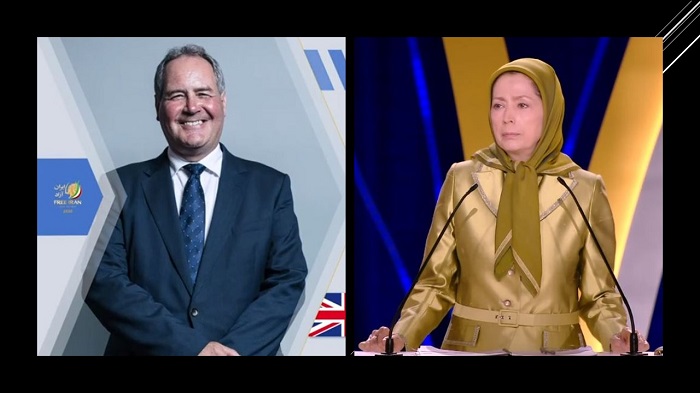 Last year we had the privilege to join the (PMOI / MEK Iran) members in Ashraf 3 in Albania for the Free Iran rally.

Transcript of remarks by British MP Bob Blackman at worldwide internet conference focusing on the mullahs’ support for terrorism and shutting down its embassies- July 20, 2020

Thank you, dear friends, and my pleasure in joining you on a virtual basis. Congratulations to Maryam Rajavi on her excellent speeches both on Friday and today, and to all those who have attended this wonderful virtual conference.

'Your story will not be silenced,' speech by Hon. Matthew Offord, Member of British Parliament, at the July 13, 2019 'Free Iran" conference held at the #MEK's newly inaugurated '#Ashraf3' in Albania. @WashTimeshttps://t.co/ZhAF5hRfYr

My appreciation to all the organizers and everything that’s taken place. I also think we should express thanks and appreciation to the leadership of all the political parties in Albania who have given a home to the people at Ashraf 3 and provided facilities for The People’s Mojahedin Organization of Iran (PMOI / MEK Iran) and The National Council of Resistance of Iran (NCRI) to meet and to ensure that the true voice of the Iranian people is heard loud and clear right across the world.

So, it’s a great honor for me to join, once again, the Iranian communities and colleagues from all around the world to hold this international conference in support of a free and democratic Iran. Now, traditionally, we hold these international free Iran gatherings each year during the summer in Paris.

Last year we had the privilege to join the (PMOI / MEK Iran) members in Ashraf 3 in Albania for the Free Iran rally. In June 2018, I was part of the prominent UK delegation attending the NCRI’s grand gathering in Paris along with 100,000 people. We know the regime tried to bomb that gathering using an Iranian diplomat who was arrested for providing the would-be terrorists with explosives but is now awaiting prosecution in Belgium.

Bob Blackman, British MP :The international community must make it clear that we in the free world stand with the Iranian people and their resistance, #NCRI, to bring democracy and freedom in Iran.
#FreeIran#IStandWithMaryamRajavi https://t.co/VPIjZcYR9k pic.twitter.com/XibhOI9cvA

So, while the regime is unable to stop the NCRI’s message of hope and democratic change from spreading in the Iranian society, in particular, it tried to kill the messenger: the NCRI and Madame Rajavi. I’m one of the plaintiffs in the trial against the arrested regime diplomat in Belgium, so I’m encouraged to hear that finally after a two-year investigation, the first closed-door court hearing will start soon.

Now, this is a significant step to bringing the regime to justice for its terrorism in an independent court. And Madame Rajavi said in her speech at an international conference last month, the beginning of this trial is a major setback for the regime and its extensive two-year conspiracies and efforts to save its arrested diplomat in Belgium.

There’s no doubt that the Iranian regime will want to escape justice. But I want to declare as one of the plaintiffs in this trial, we will not allow this to happen. We have a handful of evidence to show this regime’s heavy involvement in terrorist activities on European soil, and by providing the court with all this evidence, will ensure that this so-called diplomat will be held accountable for the malicious crime he was planning to commit at the order of his boss, Javad Zarif, as well as Khamenei himself.

British MP Bob Blackman:
"I welcome the designation of Iran's IRGC as a terrorist organization & the US decision to impose sanctions on the regime's Supreme Leader. I hope the UK will join our American allies in this effort soon."#FreeIran#WeSupportMEK#IStandWithMaryamRajavi pic.twitter.com/BfxTpk1Pe2

I hope that the trial in Belgium is just the start of a series of accountability processes against this regime, something the international community has failed to do in the last 40 years. It is also of great importance because it should and will be a turning point in the foreign policy adopted by European governments vis-à-vis the Iranian regime so far.

So, I also hope my government, the UK government, will soon join our American ally in proscribing the IRGC in its entirety as a terrorist organization which is the real description of the paramilitary organization that only answers to the supreme leader. In addition, I hope to see Iranian embassies shut down in all European capitals and the diplomats returned to Iran before (all) in London.

So, I send my regards and appreciation to everyone participating in this excellent international conference which I believe is a world record, and it demonstrates the world backing for the NCRI, the (PMOI / MEK Iran), the free Iranian people, to return Iran to democracy under President-elect Maryam Rajavi.

So, I end my contribution by contributing in the same way as we always should.

Next year, let’s hold the conference in Tehran in a free Iran.

#News #Iran Bob Blackman: Brexit gives us the freedom to get tough on #Iran https://t.co/M27QoVZ73p pic.twitter.com/08GxlcBcGY