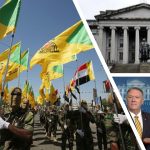 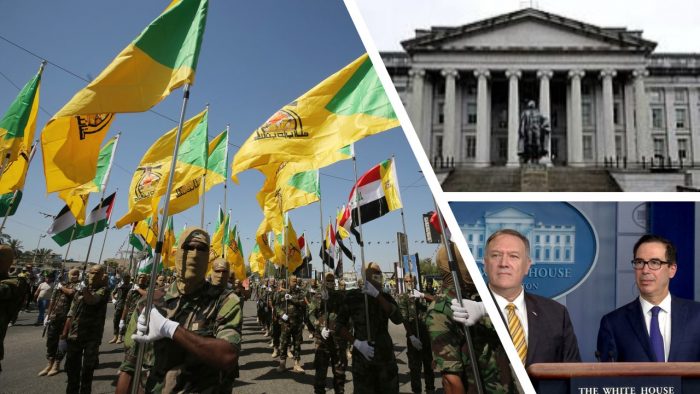 The U. S. Department of the Treasury announced sanctions against twenty key companies, some senior officials, and business associates in both Iraq and Iran which support or act on behalf of the IRGC Qods Force.

The presence of the Iranian regime’s Revolutionary Guards (IRGC)   terrorist networks in Iran has led to sanctions being enforced on Iran’s regime by the United States.

At the same time, it has been revealed that these companies and individuals have allegedly been providing lethal aid to Iranian-backed terrorist militias in Iraq which include Kata’ib Hizballah (KH) and Asa’ib Ahl al-Haq (AAH).

Among some of the destructive activities by these entities that have been noted are:

There is also an indication that terrorist militias propped up by the Iranian regime like KH and AAH continue to take part in attacks on U.S. and Coalition forces in Iraq. Iran pays numerous connected front companies that fund terrorist groups throughout the region, diverting key resources so they are not used to support basic requirements for the Iranian people. The funds are instead used to prioritize terrorist proxies instead.  The U.S. keeps a list of exceptions and authorizations for approving humanitarian aid which includes food, agriculture commodities, medicine, and medical devices to assist Iran with the combating of COVID-19.

The #Iranian regime does not tell the truth on #victims of #coronavirushttps://t.co/ZShLba4910#MEK #Iran @USAdarFarsi pic.twitter.com/Aye3QoaZpb

An exclusive report was published on October 16, 2019, by the National Council of Resistance of Iran (NCRI) which highlighted the Iranian regime’s Holy Shrines’ Reconstruction Headquarters’ role as a key organization of the Quds Force which implements the Iranian regime’s terrorist plans targeting Iraq and Syria.

The IRGC has forced its presence on Iraq from the “Holy Shrines’ Reconstruction Headquarters,” which allegedly works to rebuild the shrines of historical Shiite leaders in Iran, Iraq, and Syria. The key shrines most targeted in Iraq are exploited more by the organization throughout the key religious ceremonies of “Ashura” and “Arbaeen.” The Reconstruction Headquarters is playing the role of a cover organization that is used to increase the influence of the IRGC Quds Force’s objective in Iraq and other countries.

The U.S. Department of Treasury has noted what these front companies are doing and stated that the Reconstruction Organization of the Holy Shrines in Iraq (ROHSI) is viewed as an IRGC-QF-controlled organization with its bases in Iran and Iraq. The leadership was as a result of appointments made by the late IRGC-QF Commander Qassem Soleimani. Despite the fact that  ROHSI is a religious organization it has been instrumental in transferred millions of dollars to the Iraq-based Bahjat al Kawthar Company for Construction and Trading Ltd,  known as the Kosar Company, another Iraq-based entity under the IRGC-QF’s control. The Kosar Company is a front for the Iranian intelligence activities taking place in Iraq. This includes shipping ammunition and weapons to Iranian-backed terrorist militia groups.

.@SecPompeo: Our pressure campaign is designed to induce Iran to act like a normal country. I urged our #G7 partners to go further in joining us – and they should especially stand with the U.S. in ensuring that Iran never obtain a nuclear weapon. pic.twitter.com/YtHWqSXotP

The U.S. Treasury has stated that OFAC is also responsible for appointing Mohammad Jalal Maab, the current head of ROHSI, who was appointed to the position by former IRGC-QF Commander Soleimani. Jalal Maab who succeeded Hassan Pelarak, an IRGC-QF officer and co-owner of Kosar Company, was selected by Soleimani to be his special assistant on an IRGC-QF-led committee which concentrated on sanctions evasions activity.

The U.S. Treasury also alluded to Pelarak who worked with IRGC-QF officials to help with the transferring of explosives, missiles and small arms to Yemen. This has had dire outcomes for the Yemeni conflict as it has led to the prolonging of one of the worst humanitarian catastrophes to hit the world in modern times.