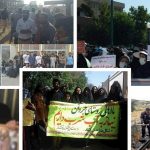 Written by Jennifer Jones-Kelley on August 29, 2020. Posted in NEWS 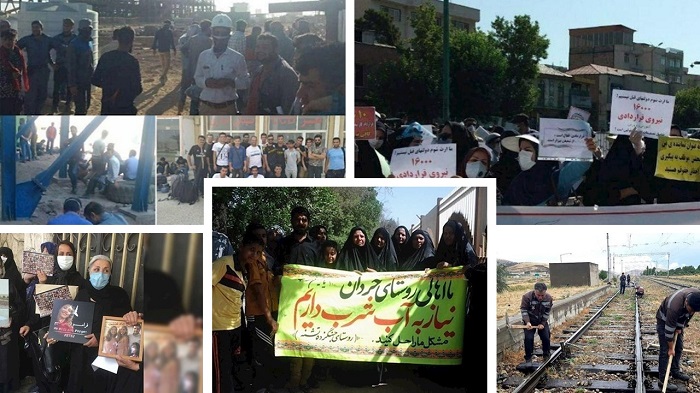 A growing number of Iranians in cities across the country have taken part in protests and strikes over the past few weeks. People from all walks of life have protested delayed wages, privatization of companies, water shortages, unfair contracts, government cover-ups, and lack of health insurance.

On Tuesday, a group of family members of passengers who died on Ukrainian International Airlines flight PS75 gathered outside of the Ukrainian embassy in Tehran to demand a meeting with the Ukrainian ambassador.

Reporting by PMOI / MEK IranIran, August 26, 2020—On Tuesday, family members of the passengers killed in the Ukrainian…

The family members were responding to new information that the two surface-to-air missiles that shot down the airliner carrying their family members were fired several minutes apart. Information confirming the target of the first missile strike was relayed to the Revolutionary Guards (IRGC) forces who shot down the plane. This contradicts earlier reports from the regime.

Family members of the passengers and crew of the airliner have sought answers from the Iranian regime since the January 8 crash that killed all 176 people on board. The regime initially denied responsibility and covered up its role for three days until satellite photos and a Ukrainian recovery team on the ground uncovered evidence proving the plane was shot down. The coverup sparked days of widespread protests in Iran, as previously reported by the MEK.

Mrs. Maryam Rajavi the President-elect of the National Council of Resistance of Iran’s (NCRI): Imagine what the innocent passengers of that aircraft went through in those 19 seconds. Once again, I reiterate the need for an international tribunal to bring to justice Ali Khamenei, Hassan Rouhani, and IRGC commanders.

The economy has been crippled by an explosion in Covid-19 infections, which experts have attributed to the regime’s decision to prematurely lift quarantine restrictions. (The MEK previously reported on the fallacy of this decision.) The resulting financial upheaval has left many Iranians working for companies that refuse to pay their wages or benefits. Villages have been left without drinking water after government officials reneged on their promises. Numerous protests and strikes have taken place due to the economic hardships caused by the regime’s shortsighted decision making.

Villagers in Dobb-e Hardan, Khuzestan Province rallied on Monday to protest drinking water shortages. The villagers demanded that water tankers be sent to them, as was promised.

“According to the officials’ promise, daily water tankers were supposed to be sent to the village until the water supplying project was finalized. However, there has been no such measure,” one protester said.

“The village has a population of 2,000 people and thirst during the excruciating summer heat has made life very difficult. And no one knows when the water supply project will come to an end,” he added.

On Sunday, railway workers in Varamin, Pishva, and Garmsar, Tehran Province went on strike in protest of delayed wages and insurance premiums. The striking workers blocked the railroad tracks and gathered in their workplace to protest. After receiving no response from Traverse Company, the striking workers stood on the rails themselves and blocked the train. The workers have vowed to protest through different means until their demands are met.

On Tuesday, contract teachers protested in front of the Majlis (regime Parliament) to demand permanent contracts and retirement insurance.

Wednesday marked the 73rd consecutive day of the Haft Tappeh Sugarcane workers’ strike. On Tuesday, security and police forces were deployed to disperse the protesting workers at the governorate office in Shush.

The striking workers have issued the following demands which must be met before the strike will end:

Workers of the Haft Tappeh Sugarcane Company on Wednesday, August 26, continued their protests and strike for the 73rd day in Shush, Khuzestan province, southwest Iran.#IranProtests#اعتراضات_سراسری pic.twitter.com/d5nRAnIPWS