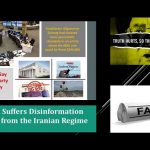 The MEK Suffers Disinformation Campaign from the Iranian Regime

Written by Esmail Mohades on August 28, 2020. Posted in NEWS 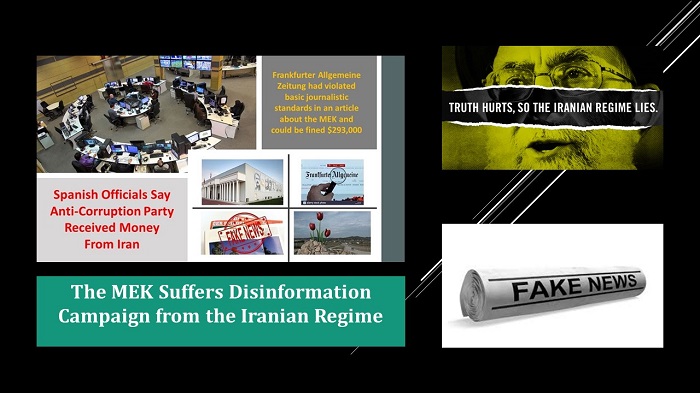 From the summer of 2015 through to 2016, the Iranian state media produced as much as 300 movies and TV series aimed at demonizing the People’s Mojahedin Organization of Iran (PMOI / MEK Iran).

For years, spreading false news about the People’s Mojahedin Organization of Iran (PMOI / MEK Iran) has been used to prevent ordinary Iranians from supporting the only democratic and free-thinking opposition to the mullah’s harsh regime. This does not mean these views are now present.

From the summer of 2015 through to 2016, the Iranian state media produced as much as 300 movies and TV series aimed at demonizing the People’s Mojahedin Organization of Iran (PMOI / MEK Iran). A monthly magazine is also available which keeps current at least 13 websites, many of which criticize the MEK.

The MEK has been present ever since the 1979 overthrow of the Shah and continues in its march to overthrow the mullah’s despotic regime. The first protests in 1981 were led by the MEK which ended up as almost a bloodbath with hundreds killed and many beaten. This different stop the MEK but the regime couldn’t tolerate its presence so it massacred 30.000 political prisoners many of whom were known MEK supporters.

Even massacres like that in1988 massacre failed to scare people from supporting the MEK. Instead underground movements flourished. There was little the regime could do about so they started to publicize disinformation about the MEK through their numerous publishing outlets. The aim was to lower support for the MEK on home soil. This never came about as can be seen by the 2017 protests where there were slogans chanted saying ‘’ down with the dictator.’’

By early 2018, the regime’s Supreme Leader Ali Khamenei was not afraid to admit that the MEK was the “driving force behind the protest movement.” In fact, as the support for the MEK has grown the regime has wasted hundreds of billions of dollars on financing disinformation campaigns which were in actual fact a waste of time.

In 2019 and 2020, the National Council of Resistance of Iran won court cases in Germany where the MEK was defamed in the news media publications, Der Spiegel and Frankfurter Algemeiner Zeitung. As a result of these landmark wins the Iranian regime has enormous incentive to stage further disinformation campaigns against resistance activists both in Iran and in overseas countries.

Former U.S. Senator, Robert Torricelli, said in a speech to the NCRI that state media talking points are spread “across the globe” by a “shadow of public relations firms, operatives, and companies that are disseminating false information.” Other speakers who also spoke at the event agreed that because of the presence of misinformation about the MEK Western journalists did not know which way to turn when it came to understanding the role of the regime and the resistance movement in Iran.

Each “country’s success or failure in rooting out Iranian disinformation could determine whether or not that country stands on the right side of history the next time Iranians rise up, led by the MEK, and demand fulfillment of that organization’s longstanding promise of democracy and freedom for all.”