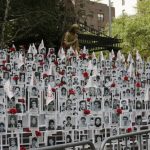 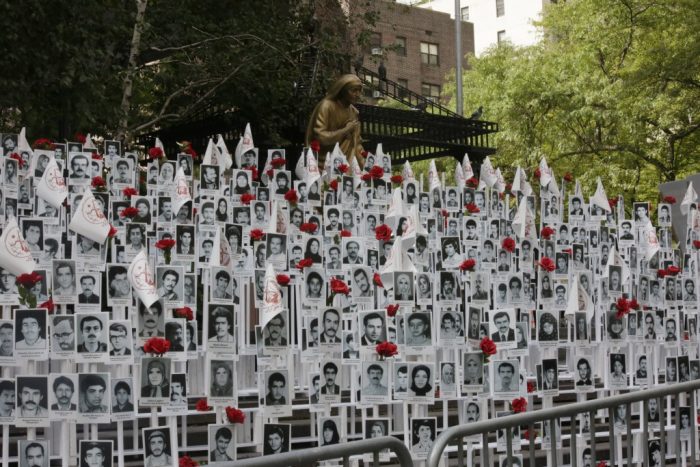 In the midst of the anniversary of the 1988 massacre of political prisoners in Iran, it is essential to consider why this issue is still highly relevant today. Since the summer of 2016, Iranian civil society has been breaking taboo to discuss the massacre openly. The youth of Iran are demanding justice and campaigning for an inquiry into the mass killing of political prisoners, mostly members of the Mujahedin-e Khalq (MEK/PMOI), in 1988.

In a report published on 2 August 2017, Amnesty International discussed this:
“Human rights defenders targeted for seeking truth and justice include younger human rights defenders born after the 1979 Revolution who have taken to social media and other platforms to discuss the past atrocities, and attended memorial gatherings held at Khavaran.”(Part of Tehran’s main cemetery, known to have buried a large number of MEK martyrs during the 80s and particularly the 1988 massacre)

The report further states that there has been “a chain of unprecedented reactions from high-level officials, leading them to admit for the first time that the mass killings of 1988 were planned at the highest levels of government.”

A video clip of a speech on 22 April 2017 has spread across social media, in which a student at Tabriz University challenges a top Revolutionary Guards commander and denounces the 1988 Iranian massacre: “Your theory and your discussions defend the horrific, inhumane, illegal and irreligious massacres of 1988. … We will neither forgive, nor forget your betrayals and crimes. Our people will avenge the pain and grief of the mothers [of the martyrs] of our nation.”

Mohammad Nourizad was once a close associate of Ayatollah Ali Khamenei before the 2009 uprising in Tehran, he wrote that: “Here, in a matter of 2 or 3 months, 33,000 men, women, young and old were imprisoned, tortured and executed. Their bodies were taken to Khavaran Cemetery and barren lands by trucks and buried in mass graves, happy of what they had done…” Nourizad is currently a political prisoner in Iran, after calling for Ayatollah Ali Khamenei to resign in June 2019, alongside 13 other activists. In May 2020 he attempted suicide in prison. According to his lawyer, Mashhad Maleki, this was to “highlight the oppression political prisoners endure.”

Iranian regime officials continue to defend their actions despite the campaign against them and publish articles across state media, such as online publications and Intelligence Ministry outlets, attempting to justify the massacre. In a sermon on 21 July 2017 Ayatollah Ahmad Khatami, a board member of Iran’s Assembly of Experts and Tehran’s acting Friday prayer leader, said: “Confronting them (imprisoned dissidents) and wiping out the Monafeqin (Meaning hypocrites, a pejorative name used by the regime for the MEK to justify their murder) was one of the Imam’s (Khomeini) most righteous and valuable actions, and all of the persons who complied with his edict should be awarded a Medal of Honour. … However, those who on their websites have switched the place of martyrs and murderers should repent and beg for forgiveness.”

Further to this, the mass murderer Mostafa Pour-Mohammadi, a member of the “Death Commissions” during the 1988 massacre, who was the regime’s Justice Minister until August 2017, was quoted on 28 August 2016 by the state-run Tasnim news agency as saying: “God commanded show no mercy to the nonbelievers because they will not show mercy to you either and there should be no mercy to the [MEK] because if they could they would spill your blood, which they did. … We are proud to have carried out God’s commandment with regard to the [Mujahedin-e Khalq- MEK] and to have stood with strength and fought against the enemies of God and the people.”

While the massacre may have taken place in 1988, it is as prevalent as ever to the politics and human rights of Iran. Iranian civil society continues to unify over their calls for the prosecution of those involved in the massacre and will campaign until justice can finally be achieved.