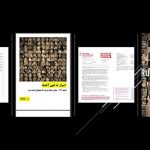 Amnesty International (Iran) Aug. 18, 2020, published a thread on its Farsi Twitter account, entitled “Death Commission’s procedure during the 1988 massacre”. The thread that is apparently the result of their investigation into the 1988 massacre of 30,000 political prisoners, mainly (PMOI / MEK Iran) supporters starts with what is known to be kangaroo type courts, but rather a “death commission” asking several questions to determine, who should be executed among tens of thousands of MEK political prisoners.

The Iranian authorities continue to torment the families of victims of the #1988massacres by refusing to disclose when, how and why their loved ones were killed and where their remains are buried. This cruelty must stop! Families deserve #TruthandJusticenow. pic.twitter.com/pFjrR3x0bA

The question and answer did not take more than a few minutes. Amnesty International’s thread reads (translated from Farsi):

Among the questions asked by the “death commission” to determine the fate of prisoners were:

“Survivors of the massacre in the summer of 1988 repeatedly said that after summoning the prisoners, they were blindfolded and presented for interrogation by commissions composed of religious leaders and representatives from the Prosecutor’s Office and the Ministry of Intelligence. These commissions, referred to by survivors as the “Death Commissions,” bore no resemblance to the courts, and were so hasty and arbitrary that they could not be considered a real judicial process.”

“Prisoners were not told why they were asked such questions and were not told that their answers might lead to a death sentence. Some detainees were mistaken in believing that they were facing the ‘Amnesty Committee’. Prisoners were not informed that they had been sentenced to death until shortly before their execution; Sometimes they only knew of their inevitable fate when they were given paper and pen to write their will. Even at that time, the prisoners did not know when and how they would be killed until they were placed in front of the execution squad or had a rope around their necks.” Amnesty-Iran adds.

According to Amnesty International, “in the summer of 1988, in prisons in 32 cities in Iran, the opposition and political dissidents fell victim to a massive wave of enforced disappearances and extrajudicial executions.”