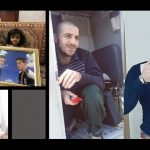 Written by Esmail Mohades on August 18, 2020. Posted in NEWS 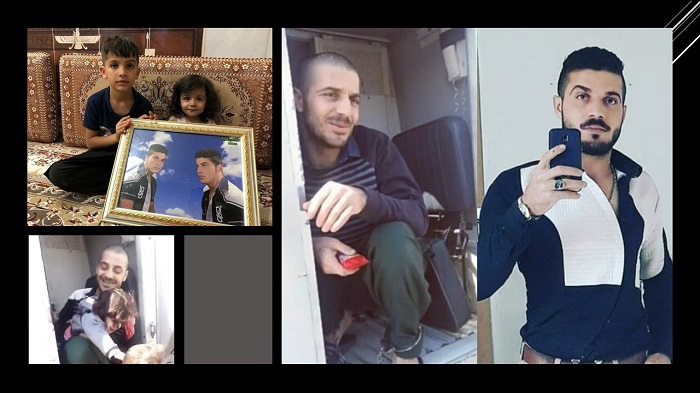 MEK Iran has drawn the attention of Mr. Mohammadi’s imminent execution to international human rights organizations, urging them to take action to stop him from being killed by the brutal Iranian regime.

There are major concerns that a political prisoner could imminently be executed by the Iranian regime. Abbas Mohammadi who was arrested during the uprising that took place at the end of 2017 and the beginning of 2018  has been transferred to solitary confinement in preparation for execution. He is in the Juy-Abad prison in Isfahan.

Mr. Mohammadi is a young man with two small children. His daughter, Tiam, was present at the moment of arrest. The baby fell and was hurt after the agents arresting her father beat him at the time of the arrest.

Political prisoner Abbas Mohammadi has been transferred to solitary confinement & his execution is imminent.

This was the last time he was permitted to see his children.
#StopExecutionsInIran#FreePoliticalPrisoners#عباس_محمدیpic.twitter.com/qGm8mW21Qr

He is one of a group of young men that were arrested for participating in protests at the same time and they were all charged with “violating others’ rights” and “enmity against God”. All of these protesters, like many before and after them, were subjected to violent and brutal interrogations to get them to confess to crimes they did not commit.

The main opposition to the Iranian regime, the People’s Mojahedin Organization of Iran (PMOI / MEK Iran), has drawn the attention of Mr. Mohammadi’s imminent execution to international human rights organizations, urging them to take action to stop him from being killed by the brutal Iranian regime.

Over the past few months, the Iranian regime has been warning the people of Iran that it will be taking tough and harsh action with regards to “uprising” and protesters. This is a threat to the people, and a bid to stop them from taking to the streets to voice their grievances with the leaders of the country.

Analysis by PMOI/MEKIran, August 16, 2020—Reports from inside Iran indicate that Abbas Mohammadi, arrested during the…

However, the people have made it very clear that they will not be intimidated into silence. They want change in their country, once and for all, and they know that this change will never happen while the mullahs hold power.

The Iranian regime has suppressed them for decades and the people want this to end immediately. Over the past few years, there have been three major uprisings. With every uprising that takes place, the regime weakens. Coupled with the international pressure the regime is under, in particular the maximum pressure policy initiated by the United States, the regime is realizing that its days are numbered.

However, the international community as a whole has failed to address the regime’s belligerence. Many countries are still trading with Iran, despite its appalling and horrific human rights record, including the high number of executions that take place, including those of child offenders.

During the annual Free Iran gathering held by the Resistance, The National Council of Resistance of Iran (NCRI) and The People’s Mojahedin Organization of Iran (PMOI / MEK Iran), several policymakers, politicians, human rights activists, political dignitaries, and so on, from around the world spoke about how they can encourage their countries to stand with the people of Iran. The speakers pointed out that the regime’s belligerence has become bolder in the past number of years and that the only way to deal with it is firm. Anything else is seen as a green light for it to continue on the same belligerent path.

And most of all, there was a consensus that action must be taken immediately.