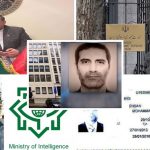 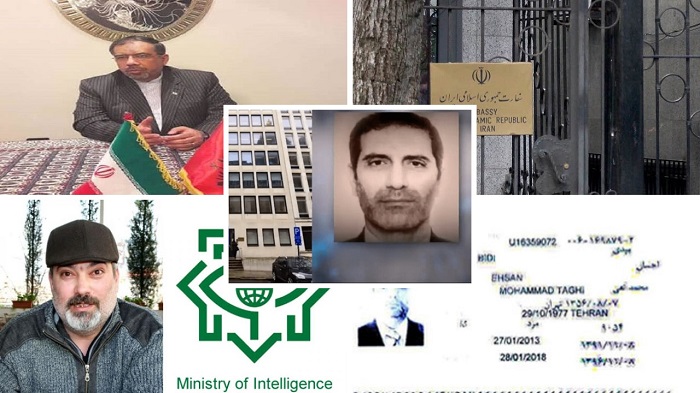 The Iranian regime continues to gather intelligence inside Albania. Its determination stems from its fear and hatred of the MEK.

In January 2020, the Albanian government expelled Iranian regime diplomats Ali Arzpeyma Nemati and Ahmad Hosseini Alast and declared them “persona non grata.” On January 15, Albania’s Ministry for European and Foreign Affairs released a statement clarifying that the pair had been expelled for “conducting activities that go against their status and against the principles of the Vienna Convention for Diplomatic Relations,” phrasing that is commonly used in instances of espionage.

As for the wrongdoing activities in Albania, we have expelled the diplomats and other people that are outside the regular activity of diplomatic part,” said Prime Minster Rama.#FreeIran #ExpelIranDiplomatTerrorists@eu_eeas pic.twitter.com/hn4mLNetdQ

This was not the first time that the Albanian government has been forced to take action against Iranian regime agents. Albania earlier expelled two other Iranian regime diplomats in 2018 for their connection to an attempted bombing of a Nowruz celebration held by MEK members living in Albania.

After the most recent expulsions, the Albanian government has taken decisive action to limit the Iranian regime’s ability to conduct intelligence activities directly. Albania closed a “college and cultural center” that was headed by one of the expelled diplomats after his expulsion, noting that these cultural centers are thinly-veiled training centers for fundamentalism and the exportation of terrorism. Albania has also sought to monitor the regime’s embassy with greater vigilance in order to close off direct means of terrorist planning or espionage.

Despite these measures, the Iranian regime continues to gather intelligence inside Albania. Its determination stems from its fear and hatred of the MEK. Since the MEK relocated its headquarters to Albania in 2016, the Iranian regime has gone to great lengths to destroy the organization. Regime diplomats have been directly connected with attempted bombings of MEK events in Albania and France, and a high-ranking regime diplomat currently awaits trial in Belgium for masterminding the foiled bombing of the 2018 Free Iran gathering.

The expulsion of regime diplomats and the greater awareness of Tehran’s role in targeting the MEK has led the regime to rely on a secondary level of espionage that generally is reserved for its demonization campaigns. The regime has long used the Ministry of Intelligence and Security (MOIS) agents to recruit former MEK members through threats to their families in Iran.

Two of these agents—London-based Massoud Khodabandeh and his wife, Anne Singleton—are in daily contact with a number of MOIS agents in Albania, including Gjergji Thanasi and Olsi Jazexhi, who in turn are in direct contact with MEK defectors recruited by the MOIS, including Hassan Heyrani. Heyrani owns a café in the Fresco area of ​​Tirana where the agents plan their activities. He also finances their operations.

#‌Iran Regime's Desperate Conspiracies Against #PMOI/#MEK in #Albania
The clerical regime’s Ministry of Intelligence and its agents in the regime’s embassy in Albania are working under the cover of cultural activities in #Tehran and #Tirana through… https://t.co/vfSRNYkuON pic.twitter.com/TVxGJVWCyB

The MOIS is using Heyrani and Gholamreza Shekari to organize its local operatives in Albania. The MOIS agent Ehsan Bidi was working with the group until he was exposed as an agent by the National Council of Resistance of Iran’s (NCRI) Security and Counterterrorism Committee and placed under house arrest by Albanian authorities in August 2019. Bidi traveled to Albania in 2013 on a passport issued by MOIS/VEVAK. He claimed to be a refugee but had a passport valid for five years, which negated his claim. Bidi has received money and resources from regime agents during his time under house arrest.

The MOIS pays its Albanian operatives by depositing funds into intermediaries’ accounts in Albania. The recipients then cash out the payments and deliver it to

Heyrani and Shekari, who distribute it to the other operatives. Occasionally MOIS agents will send money from inside Iran as well. Gholamreza Shekari’s sister,

Maria Shekari, is an intelligence affiliate in Kermanshah. She transferred money to her brother’s account in Albania several times, and he distributed the funds among his peers.

Albanian Prime Minister Edi Rama:
"Albania is particularly concerned by Iran's destabilizing behavior in the Middle East but also disruptive activities in relation to the Iranian opposition community who have generously been hosted in our country…"#Iran pic.twitter.com/2EEgKBv7fH

A Call from the NCRI

The NCRI’s Security and Counterterrorism Committee urges the European Union to prosecute and expel all regime intelligence and Islamic Revolutionary Guards Corps (IRGC) agents from Europe and to implement the April 29, 1997 decision of the Council of Ministers of the European Union.