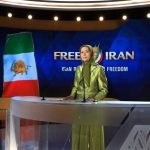 Written by Esmail Mohades on August 10, 2020. Posted in NEWS 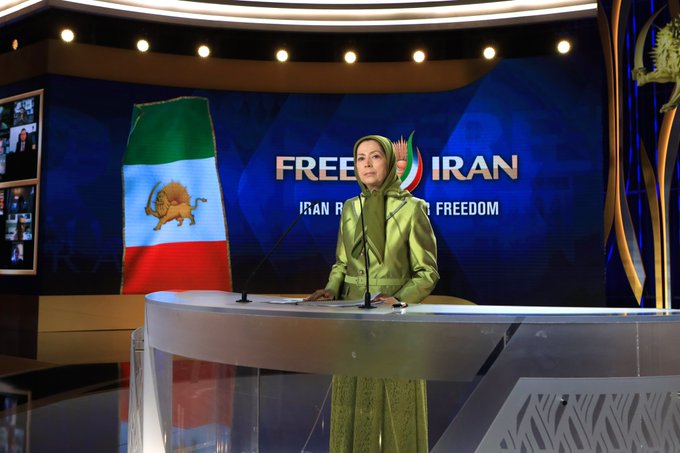 Although it has been 40 years since the death commissions, the MEK, despite being forced underground, is now alive and kicking.

Shahriar Kia, reporting for the MEK, has stated that throughout the last few days several fires have been observed in at least 8 sites related to the Islamic Revolutionary Guard Corps or its civilian wing, the Basij. The People’s Mojahedin Organization of Iran (PMOI / MEK Iran) revealed that rebellious youths have recently posted video footage of some of the fire. They have also burned public banners showing images that celebrate the founder of the Islamic Republic, Ruhollah Khomeini, and the current Supreme Leader, Ali Khamenei.

#Iran: The #MEK’ Resilience Could be an Existential Threat to the Clerical Regime. Tehran, Shahriar, Kerman, Mazandaran & Mashhad- Writing graffiti – “Down with Khamenei, Hail to Rajavi”-#Iranian #coronavirus @USAdarFarsi #FreeIran2020 pic.twitter.com/aoSs6RkCiL

Before this, there had been activities using graffiti to spread favorable messages about the MEK. The main emphasis was remembering those political prisoners who were massacred in 1988 after ‘’ death commissions’’ were established which tried and hanged MEK supporters after trying to get them to disassociate from supporting the MEK. The MEK supporters steadfastly refused this demand and were hanged as a result. Before 1988 drew to a close, more than 30,000 political prisoners had been hanged and buried in secret mass graves.

According to the MEK following the release of a contemporary audio recording in which Ali Hossein Montazeri, a regime official, parted ways with the regime, he condemned the hangings and tortures as the “worst crime of the Islamic Republic.”It appears that some of the death commission participants still defend their actions. Former Justice Minister, Mostafa Pourmohammadi, was one of these and pronounced that he was proud of inflicting death on the MEK.

This sort of belief resembles that of Khomeini’s fatwa, which initiated the massacre which all came about after the Iran-Iraq war ceasefire. At this time, according to the MEK, the regime’s leader realized how vulnerable the regime rule was so it tried to eliminate any dissenters and claim they were anti-religion and anti-god.

spreading #MEK messages via graffiti messages focused on the anniversary of massacre of political prisoners, which began with the establishment of “death commissions” on July 19,1988 then proceeded through several months of interrogations and hangings.https://t.co/ARypkEmRSX

Although it has been 40 years since the death commissions, the MEK, despite being forced underground, is now alive and kicking. It now heads the coalition with the National Council of Resistance of Iran (NCRI), which attracted up to 100,000 Iranian expatriates to a yearly gathering which supports a free Iran.

These gatherings are just a part of the MEK’s resistance units. Its ongoing presence in Iran was revealed at the large video conference event titled the Free Iran Global Summit. There were celebrated dignitaries from throughout the world who took part in the virtual event. Many of them support a democratic regime with the MEK as its base.

As the MEK says its most recent resistance units show that they are a credible force in Iran. But the greatest indication of a real victory for the MEK is revealed by the recent nationwide uprisings that scared the regime. Now they admit the MEK could be an alternative to their theocracy.

The MEK has reported that since January 2018 the regime’s Supreme Leader Khamenei has started to take notice of the changes in the country which have been evident from the widespread protests that have been taking place in recent years organized by MEK and its resistance units.

Despite the regime ordering the murder of protesters, the MEK is too strong to be repressed. It is only now that the international community has started to realize that the MEK is a viable choice to run the country and as the MEK says this is the time to support it and confront the regime about its host of human rights abuses. There is no better time than to support a ‘’ democratic future for Iran.”