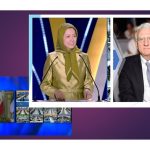 Written by Amineh Qaraee on August 4, 2020. Posted in NEWS 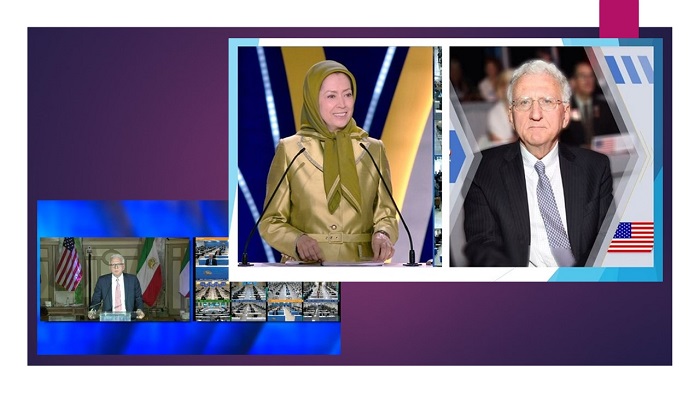 The MEK and its Resistance Units in the country, plus the NCRI, must be supported by the international community.

Ambassador Robert Joseph, former Under Secretary of State for Arms Control and International Security in the United States participated in the recent Free Iran Global Summit Conference. The annual Free Iran gathering was held online this year because of the pandemic, but it was still a major success and boost for the Iranian Resistance.

Ambassador Joseph, once again, emphasized that the people of Iran must be supported by the international community in their fight for freedom and democracy. He is a long-time supporter of the Iranian Resistance and this is not the first time he has spoken out in support of the people of Iran that are fighting against the corrupt, suppressive, and brutal regime that is ruling their country.

Speaking about the November 2019 uprising in Iran, the second wave of protests that came a few months later, and the boycott of the parliamentary elections, Ambassador Joseph said these events show that the regime has lost its legitimacy.

He also spoke about the regime’s most recent crimes, including its violent attempts to put an end to protests resulting in more than 1,500 people being killed. He pointed to the COVID-19 outbreak that the regime has mismanaged, saying that its denials about the reality of the situation have killed countless more people, as well as its decision to send people back to work despite the virus still being very present.

Ambassador Joseph also spoke about the explosive state of society in Iran, highlighting that another uprising could erupt at any time. He said that the people of Iran are being supported and guided by the Iranian Resistance and are trying to garner support from the international community. This, he said, is a “vital” element that will make a huge difference in the long run.

Most important, we must support the democratic opposition, the #NCRI, the #MEK, and most important the brave resistance units inside #Iran. https://t.co/nBjMFdxVgo pic.twitter.com/5E5Vn47xTj

The Iranian regime has been focused on targeting the Iranian Resistance – the National Council of Resistance of Iran (NCRI) and the MEK. One of the ways it has tried to discredit the opposition is through a major disinformation campaign that has gone on for years.

Ambassador Joseph, on this topic, said: “We must also continue to fight against the false narrative surrounding the MEK that had become deeply ingrained given the regime’s massive and sustained disinformation campaign, served by an echo chamber of regime apologists who often masquerade as journalists and thinktank experts.”

He also emphasized that the MEK and its Resistance Units in the country, plus the NCRI, must be supported by the international community. He placed great importance on the 10 point plan drawn up by Mrs. Maryam Rajavi, the President-elect of the NCRI, emphasizing that it provides the way to transitioning Iran into a free, secular, non-nuclear and democratic country.

And Ambassador Joseph expressed his optimism that Iran will be free very soon, saying that with every Free Iran gathering that takes place, it brings the people one step closer to their goal. He said that the end of the religious dictatorship is in sight and that the mullahs are very aware of this.

The National Council of Resistance of Iran (NCRI) and the (PMOI / MEK Iran) which were the key force behind the event,…