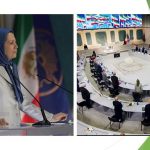 MEK Iran: The 3-day Online Session of the National Council of Resistance (NCRI)

Written by Mohsen Aboutalebi on July 31, 2020. Posted in NEWS 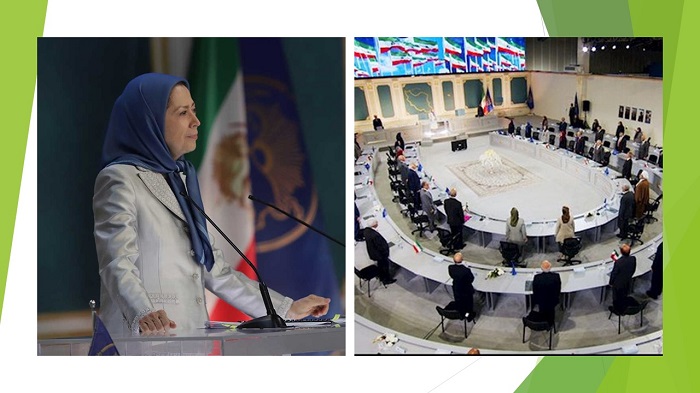 Mrs. Maryam Rajavi salutes the persistent and tireless struggles of the (PMOI / MEK Iran), the selfless risk-taking of the resistance units, and the leadership role of the NCRI President Massoud Rajavi.

This took place from July 23-26th. The meeting coincided with the 40th anniversary of the National Council of Resistance of Iran (NCRI). It linked 44 locations throughout 11 countries, including the following:

Over the last 4 decades, the NCRI has been the key source for challenging the ruling theocracy. It has taken a long time but now it is closer than it has ever been for reaching its goal and that is to overthrow the regime and install a democracy.

All of the participants discussed the following:

Statements made by Mrs. Maryam Rajavi

Mrs. Rajavi emphasized that the NCRI had proven over the years to be the most effective opposer of the regime while enduring suffering and making significant sacrifices. Today it is getting closer to being rewarded for all its efforts and that is eliminating the regime from Iran for good.

Mrs. Rajavi said the NCRI had declared from the start that it did not support peace and it was always going to export both terrorism and fundamentalism. It has also secretly gone ahead with nuclear projects rather than promoting a non-nuclear Iran as the NCRI does.

Mrs. Rajavi stated that The NCRI has promised not to take power but to instead to transfer power to the people of Iran. This means free elections have to be held to form the National Constituent and Legislative Assembly within six months of the Provisional Government taking control.

Mrs. Rajavi’s views on religion which were adopted back in 1985 were not to force religion on the people and not to allocate privileges to Islam or any other religion.

Mrs. Rajavi is also pushing for a National Solidarity Front to rid the country of the mullahs’ religious dictatorship. She said that religion and the state must be separate entities.

Members discussed the Free Iran Global Summit on July 17-21, which connected 30,000 places covering at least 100 countries and the impact it had both inside Iran and on the international stage. 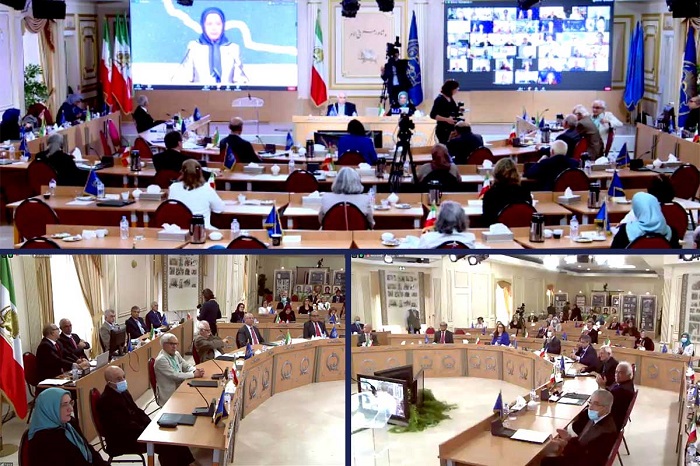 The COVID-19 devastation in Iran has led the Iranian Resistance (PMOI / MEK Iran) to correctly conclude that Ali Khamenei, the mullahs’ supreme leader, and Hassan Rouhani, the regime’s president, have deliberately decided to allow human casualties so that it distracts the public so they do not get involved in any popular uprisings.

The recent three-day Free Iran Global Summit was held virtually due to COVID-19 and the NCRI and The People’s Mojahedin Organization of Iran (PMOI / MEK Iran) members described it as a significant undertaking with all the restrictions due to COVID-19 being in force throughout the world.

The NCRI has been able to release the truth about COVID-19 particularly concerning the death rate, the extent to which has continually been concealed by the regime.

The NCRI discussed important international and regional issues particularly concerning the mullah’s strategy of interfering in Lebanon, Iraq, and Syria. The session also noted that the regime’s terrorist Qods Force commander, Qassem Soleimani’s, death would have been devastating to the regime as he was responsible for arranging the exporting of terrorism.