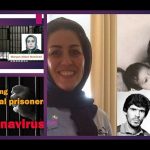 Written by Mohsen Aboutalebi on July 26, 2020. Posted in NEWS

The role of women after taking part in the 2019–2020 Iranian uprisings has led to the regime making useless excuses for keeping these human rights activists in prison. COVID-19 has made women’s position even worse as the regime has used it as an opportunity to eliminate its opponents. According to the People’s Mojahedin Organization of Iran (PMOI / MEK Iran), the death toll has reached to 76,400.

Political prisoners, including well-known activists, are now having to put up with new charges laid against them, leading to new sentences, more torture, and harassment. The women involved in this are:

Maryam Akbari Monfared was taken into custody in late December 2009, after she had been in contact with her siblings,…

The fate of prisoners in the clerical regime’s Intelligence Ministry prisons remains obscure. Once again, I urge the UN Secretary General, Security Council, and High Commissioner for #HumanRights to compel the clerical regime to release Iranian political prisoners #Iran pic.twitter.com/fteCb5MR01

Inflicting all these harsh sentences has come at a time when COVID-19 is rampant in the prison system making conditions unbearable and dangerous. In early May at least 50 women prisoners had contracted COVID-19 in Sepidar Prison where medical care was barely available and the so-called quarantine ward was very close to the wider prison environment. With few medical and health facilities and a high density of prisoners, coronavirus is spreading uncontrollably in the prison.

Narges Mohammadi, a political prisoner, has suffered what appears to be symptoms of Covid-19. She has high-risk medical problems. Forough Taghipour, who is imprisoned in Qarchak Prison, has also been infected by the virus.

The evidence indicates that the terrorist regime is deliberately denying medical care to prisoners infected with COVID-19 and especially those with other medical conditions.

(1) Maryam Akbari Monfared was taken into custody in late December 2009, after she had been in contact with her siblings, who were People’s Mojahedin Organization of Iran (PMOI / MEK Iran) members. The charge laid against her was “Moharebeh” or “waging war against God via the (PMOI / MEK Iran).” She was sentenced to a prison term of 15 years in a trial lasting only 5 minutes and with no legal representation. Now, she has been almost 11 years behind bars in the notorious Evin prison and hasn’t been allowed out for even one day.

The Iran regime &the #IRGCTerrorists have been systematically violating #HumanRights, prosecuting, torturing and killing an uncountable number of Iranians over the course of 40 years. A prime example of this is the massacre of 30K political prisoners, in #1988Massacre#FreeIran pic.twitter.com/OdGvcKYdOk