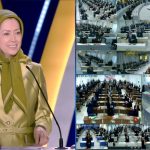 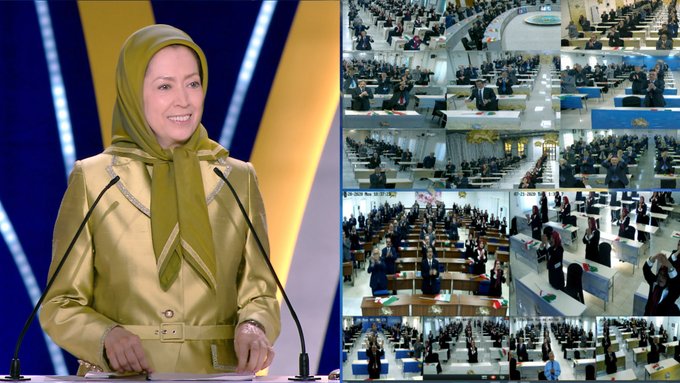 The Iranian Resistance held the third and final day of its 2020 Free Iran Global Summit on Monday, with a conference about the Iranian regime’s terrorism, which called on foreign nations to close the regime’s embassies and expel all Iranian agents and operatives.

While the conference would always be relevant, because terrorism is something intrinsic to the Iranian regime and is an ongoing security issue, it is no coincidence that it’s happening at the same time that Iranian diplomat Assadollah Assadi is being tried in a Belgian court for his attempt to bomb the 2018 Free Iran rally in Paris.

British MP Bob Blackman said: “This is a significant step to bring the regime to justice for its terrorism in an independent court and [the] beginning of this trial is a major setback for the regime, its extensive two-year conspiracies, and efforts to save its arrested diplomat in Belgium. There is no doubt that the Iranian regime would want to escape justice, but I want to declare as one of the plaintiffs in this file that we will not allow this to happen.”

Supreme Leader Ali Khamenei and President Hassan Rouhani approved the plan, which was designed to kill, maim, or intimidate the 100,000 attendees supporters of the (PMOI / MEK Iran) in the Paris rally, something proved by evidence supplied by the National Council of Resistance of Iran (NCRI). The plot was thankfully foiled and Assadi and his accomplices were arrested, but the regime leaders remain free.

Struan Stevenson, a former Member of the European Parliament, said: “[This] is the first time in the European Union’s history that a diplomat is being tried for terrorism. All regime leaders must be held to account and indicted for acts of terror in international tribunals. All embassies of the mullahs must be closed as factories of terrorism.”

She said: “The right policy can be summed up in a single word: firmness. That means firmly dispensing with everything that enables the regime’s terrorist activity, and firmly responding to every single criminal act… I hope that all governments respond positively to these calls because their own people’s interests and security depend on such acts of firmness.”

Rajavi further explained that terrorism is the regime’s “essence and fundamental nature”, from which they cannot be separated, citing that appeasement and incentives had failed to stop the regime, so a firm policy was necessary.

John Rood,  the former US Under Secretary of Defense for Policy,  said that “the Iranian regime remains the world’s leading state sponsor of terrorism” and that the maximum pressure campaign must be continued because it limits “the ability of the regime to export terrorism”.

He said: “We must take firm decisive action to deter the regime’s terrorist activities. We need to recognize that terrorism is part of the fabric of this regime. Countries must very closely monitor and surveil the activities of Iranian diplomats, and when necessary shut down the regime’s embassies.”