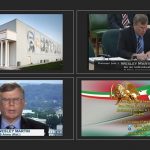 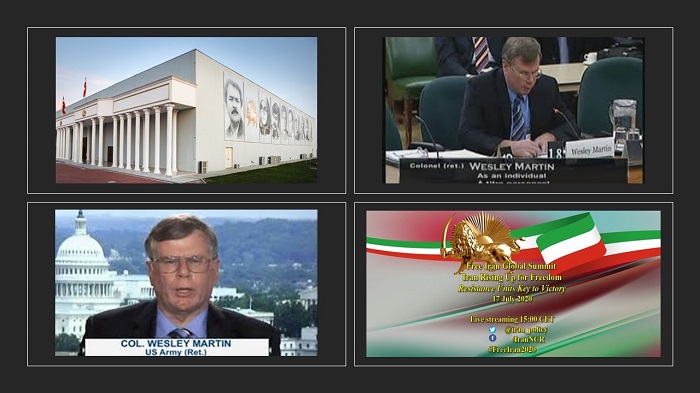 Time for Western leaders to stop appeasing Iran and to take notice and work with the MEK and the NCRI.

Oped by Wesley Martin Retired US Army Colonel: The Free Iran Global Summit online is expected to attract tens of thousands of Iranians who live overseas as expatriates but who overwhelmingly support democracy in their country when it takes place on July 17th.

The United States government knows only too well that the religious extremists who are currently ruling Iran are unlikely to stop taking part in sponsored terrorist activities throughout the world. Over a while, Iran’s Islamic Revolutionary Guard Corps (IRGC), the Quds (Jerusalem) Force, and the Ministry of Intelligence and Security (MOIS) have the following investigations been found to be responsible for bombings and assassinations throughout the world.

In 2018, German, Belgian, and French police worked each other to stop the MOIS from detonating an extremely lethal explosive device near Paris at an Iranian Resistance rally. This rally was organized by the National Council of Resistance of Iran (NCRI) and included senior dignitaries from Europe, Asia, Africa, and North America.

This failed attack was an example that highlighted the fear Iran’s ruling regime has of the MEK and the NCRI. The fact that leading dignitaries from many different places attended the event indicated they had no respect for the current regime. Despite this show of support many of the world’s leading governments still appease the Iranian regime and haven’t made any effort to discuss a way forward with the regime’s most viable opposition. This has been going on since 1992 where most of the time the U.S. State Department believed that maintaining peace through appeasement was the best way to keep on the right side of Iran. During this time, the MEK has even labeled a terrorist organization.

In 2012 the (PMOI / MEK Iran) was removed from the U.S. Foreign Terrorist Organization list but there was no apology at that time for labeling it a terrorist organization.

He went on to say that when he served as Operations Chief of Task Force 134 (Detention Operations) and later on as base commander of Ashraf, he drew his conclusions about the MEK. He built up his knowledge of the MEK at Ashraf based on his independent studies and his direct association with the organization. He also drew conclusions based on unannounced visits to the compound where he was able to see the standards in both the living and work areas. He recognized that a good relationship had developed between MEK residents and US troops. If they were short of anything the MEK would go out of their way to reduce the shortage as they did once when the troops were down on their water supplies so the MEK pumped up 10,000 gallons for them.

There was great respect for the MEK as they consistently aspired to peace and democracy.  However, Wes Martin said despite the obvious positive view of the MEK “the American military, politicians, and bureaucrats remain willfully blind.’’ He continued to say that both the MEK and the NCRI were not out to gain power in Iran but they simply wanted to see Iranians benefit from living in a democracy in their country. The Islamic fundamentalism in Iran sees it differently and believes that both the MEK and the NCRI are “cultural, political, and ideological threats to the Islamic fundamentalists.’’

Martin Wes mentioned that the MEK and NCRI were based on certain principles which are the following:

He says rather woefully that western leaders who do not want to support Iran’s only viable opposition but would rather carry on appeasing Iran have got it wrong. They believe the aims of the MEK and NCRI are simply an imitation of Marx and Lenin while, in reality, their philosophy more accurately corresponds to that of Jefferson and Madison. Wes Martin says that until politicians truly understand the role of the MEK and the NCRI Iran will continue in its role of exporting terrorism unabated.

What the Free Iran Global Summit Online will discuss

The message sent by those attending which are both top lawmakers from the U.S. and Europe is that there is it time for Western leaders to stop appeasing Iran and to take notice and work with the MEK and the NCRI to bring about both democracy and stability to Iran and the Middle East.