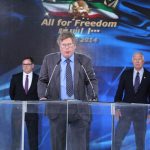 Written by Esmail Mohades on April 1, 2020. Posted in NEWS 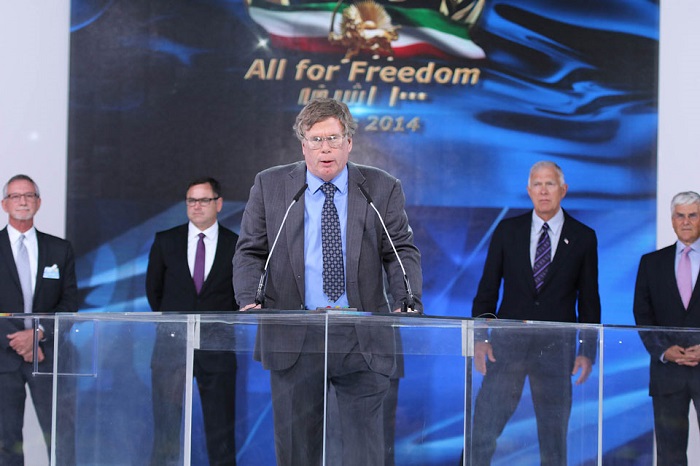 Col. Wesley Martin delivers a speech at the annual gathering of the Iranian resistance.

Iran News Update published an article by Colonel Wes Martin (Ret.) on Tuesday in response to a recent inflammatory “expose” about the MEK Iran on The Intercept website. Col. Martin’s scathing rebuke of the smear piece, titled “Defectors Tell of Torture and Forced Sterilization in Militant Iranian Cult,” broke down all of its false claims and once again debunked the same tired propaganda that has been repeated by the Iranian regime for decades to demonize the MEK Iran.

Colonel Martin served as Base Commander for Camp Ashraf in Iraq beginning in 2006. He was assigned to protect the 3,800 MEK Iran members living in Iraq during the war, as they were designated protected persons under the Geneva Convention. In his role as Base Commander, he worked closely with both active and former MEK Iran members and the soldiers charged with protecting them and was privy to intelligence relating to their activities. As such, Colonel Martin has just cause to take issue with the statements in the Intercept article. He knew the people involved, was aware of the situations described, and can easily tell fact from fiction.

Colonel Martin disputed claims that U.S. soldiers abused MEK Iran members who chose to part with the organization. He wrote that the Americans built a Temporary Internment and Protection Facility (TIPF) for MEK Iran members who wanted to leave and seek a different path. The U.S. attempted to relocate the 190 residents of the TIPH, but it was a long and arduous process, which many of the male residents found frustrating. After the first three years, the male residents became so frustrated and uncooperative that their work privileges were revoked and they were no longer allowed to dine with American soldiers as they had been.

The women, who were housed in a separate unit, had no such problems and maintained their privileges. They ate with U.S. soldiers and were treated respectfully, according to Colonel Martin. He never received reports of abuse or harassment during his time at Ashraf.

According to the Intercept article, the TIPH was used to torment MEK Iran members who left the organization,

“yet the article provides a group photo of the defectors cheering with an American officer in the middle of the picture.  If the claim was true, this picture would have been impossible,” wrote Martin. 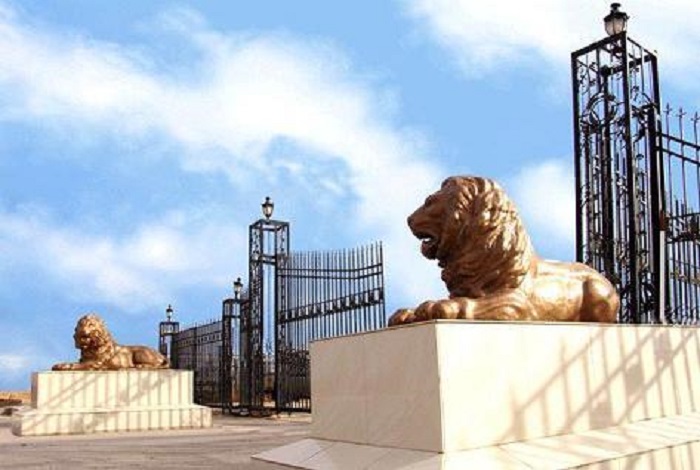 The entrance of Camp Ashraf in Iraq

Claims about the MEK

The Intercept article also includes a claim from a former MEK Iran member that he was prevented from leaving the MEK Iran. The former member, Reza Sadeghi, said that in 2006 he told his MEK Iran commander that he planned to go to the TIPH. He then claimed that he was beaten and thrown into a vehicle, which was en route to a confinement facility when it was stopped by U.S. soldiers. According to Sadeghi, this stop led to his evacuation to the TIPH.

“The problem with his Sadeghi’s is the incident never happened,” wrote Colonel Martin. “I was the senior commander at Camp Ashraf during the summer of 2006.  We only had one person who left the MEK Iran compound – and he walked into our camp.  The MEK Iran did not know that the person had left until he was in our compound.  I conducted an interview with him.  He simply wanted to move on with his life.”

Colonel Martin also debunked a false claim that the MEK Iran recruited and trained Iraqi youth. He was charged with handling this tip, so he has firsthand knowledge. He wrote:

“Also in the summer of 2006, this claim was relayed to me by U.S. State Department personnel based in Baghdad.  Placed on standby was a platoon of U.S. Marines mounted in their vehicles and ready to respond to any armed assault.  With the platoon’s lieutenant carrying a radio, I went to the alleged training and housing location.  The alleged recruiting/training location turned out to be a small housing area for local workers who would leave the camp once a week to deliver their pay to their families.  Daily travel in and out of the perimeter would have increased the risk of capture by al Qaeda or other hostile operatives in the area.  The source of this misinformation turned out to be Iranian loyalists inside the Iraqi government.”

Colonel dismissed the 2009 RAND Report as baseless and politically-motivated, noting that he has read the report in its entirety and that it contains less than half-truths.

“Never during my or any other officer’s tenure at Ashraf were there any reports of abuse, deprivation, forced labor and other allegations that appeared in that report. While this report was being researched, I was frequently at the State Department serving as an advisor on both Iraq and Ashraf issues. Not once did State Department representatives mention the report’s in-progress information being developed,” he wrote.

“Instead, the U.S. State Department only oriented the attention of the RAND Report’s sole author to detractors of the MEK Iran. The RAND Study only served as a tool for State Department employees who were determined to undermine the credibility, and even the Protected person status, of MEK Iran members,” he added.