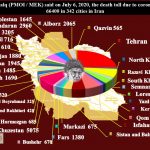 Written by Esmail Mohades on July 7, 2020. Posted in NEWS 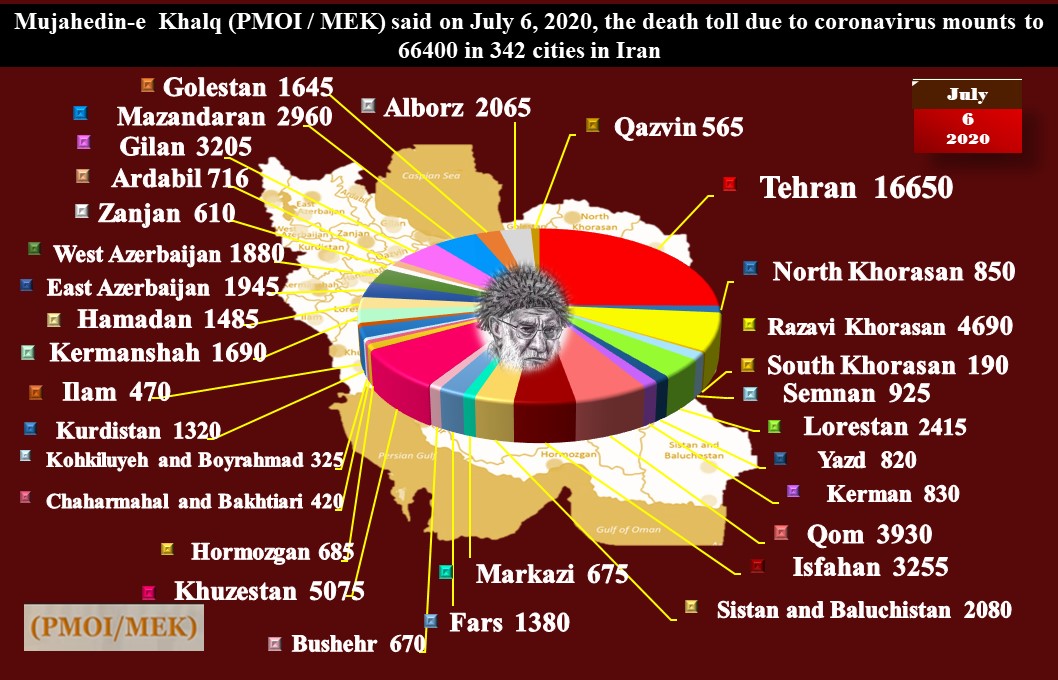 MEK Iran: The Coronavirus health crisis in Iran continues to claim hundreds of lives every day.

The Coronavirus health crisis in Iran continues to claim hundreds of lives every day. The People’s Mojahedin Organization of Iran (PMOI / MEK Iran), the main opposition to the Iranian regime, has been monitoring the situation closely since the very beginning of the outbreak. And thankfully it has because the Iranian regime has failed to take the necessary measures and has been covering up the true extent of the crisis.

Over 66,400 people have died of the novel #coronavirus in 342 cities checkered across all of #Iran’s 31 provinces, according to reports tallied by the Iranian opposition PMOI/MEK as of Monday afternoon local time, July 6.https://t.co/xcWXF2oOge

The virus has spread to 342 cities across every single one of Iran’s 31 provinces. While the (PMOI / MEK Iran) reports that more than 66,400 people have died, the Iranian regime is reporting that 11,571 have died.

Regime officials are no longer able to maintain claims that the situation is under control. A member of the Iranian parliament’s Health and Treatment Commission, Seyed Morteza Khatami, said at the weekend that many cities are in “red conditions” with medical centers working at full capacity. He said: “The lifting of restrictions under the pretext of economic issues has raised this concern that public health has been sacrificed for the economy.”

Doctors in Razavi Khorasan and Northern Khorasan provinces have said that more than 18,000 new cases were identified between last Wednesday and Friday and that 810 deaths were recorded.

The dean of the University of medical sciences in the province of Golestan spoke about the critical situation there, warning that it is soon going to be worse than it was in February.  The dean said that there are 300 people hospitalized in Gonbad-e Kavus and that other hospitals are filling up quickly. They added: “We will face serious problems in providing services and have a shortage of oxygen and beds and we need to make an urgent decision.”

The deputy dean of the medical sciences university in the province of Zanjan has said that the situation there is getting worse and that the number of cases is rising with every day that passes. They said that the existing equipment in hospitals is not adequate and that medical staff is becoming infected. The deputy dean said that approximately one hundred nurses have contracted the virus.

Many areas of the country are dealing with similar problems and the situation is critical. The regime failed to take the necessary actions at the right times and now the people are paying the ultimate price. Although parts of the country were locked down, they were not done at the right time and for the right duration because the regime was more concerned about the economic consequences.

There are calls for international intervention considering the gravity of the situation. At the beginning of the outbreak, there were offers of aid from abroad but the regime turned them down, claiming that the outbreak was under control.

Mrs. Maryam Rajavi the President-elect of the National Council of Resistance of Iran’s (NCRI):  Astounding rise in the Coronavirus death toll and the upward trend of the crisis in many provinces in Iran are due to the clerical regime’s inhuman policies. The only thing the mullahs are concerned about is to preserve their disgraceful rule. Despite their selfless and proficient physicians and nurses, our people remain defenseless in the face of the pandemic