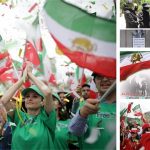 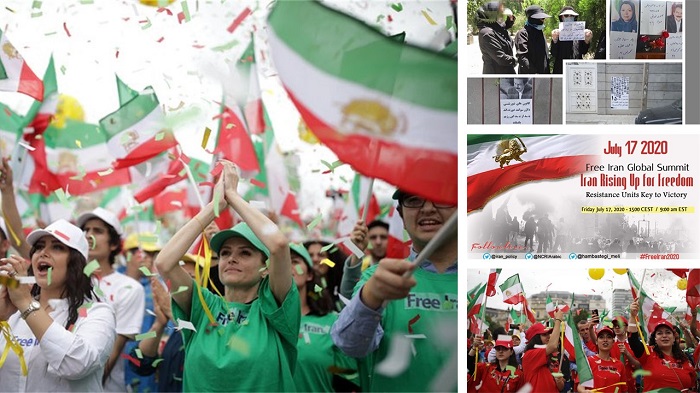 (PMOI / MEK Iran) and members of the Resistance Units participated in a number of activities across the country.

Not surprisingly, the regime had security forces in the streets to deter such activities.

#Iran: Commemoration of June 20 Anniversary – Activities of the Resistance Units and Supporters of the Mujahedin-E Khalq (#MEK/PMOI) Across Iran #FreeIran2020 https://t.co/xHl6hXpXts

The MEK Resistance Units and supporters of the (PMOI / MEK Iran) also paid tribute to the many MEK martyrs and the political prisoners and other victims of the Iranian regime. Wreaths were laid at the gravesites of martyrs in several cities.

Leaflets were distributed to share the message and to give the people hope that great change is on the horizon.

Every year the Iranian opposition holds its annual “Free Iran” gathering, where tens of thousands of Iranians and its supporters from around the world participate to express their desire for a free and democratic Iran.#FreeIran2020 https://t.co/WFJ88F7bRq

Anti-regime slogans were displayed across the country, as well as slogans in support of the (PMOI / MEK Iran). Some of the slogans were: “June 20 marks the day of the martyrs, your path continues”, “Maryam Rajavi: June 20, is the turning point in the historic resistance for freedom and democracy and against Iran’s religious dictatorship”, “Massoud Rajavi: From June 20, 1981, until today, Resistance was waged for the freedom of our people and our homeland”, and “Long live the memory of the martyrs of last November’s uprising”.

The people of Iran have been the first victims of the despotic leadership that has destroyed their country. Every crisis that the country has faced has been caused or worsened by the mullahs. Too much has happened for the regime to ever reform and gain the trust of the people.

The Iranian economy is in tatters and with every year that passes it gets worse because of the regime’s actions and the widespread corruption that seems to know no limits. The current Coronavirus health crisis, although not provoked by the regime, has certainly spiraled out of control because of inaction and negligence.

Tens of thousands of Iranians have died after contracting the virus which can be fatal to many. Instead of learning from the mistakes of the countries that were at an advanced stage of the outbreak when it first appeared in Iran, the regime failed to take action. It sent people back to work at the wrong time, letting the virus spread even further.

The regime is under immense pressure at home and scrutiny from abroad is increasing. The regime will certainly collapse as it is backing itself into a corner with further crackdowns on the people.