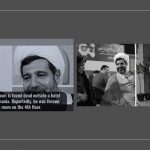 Written by Mohsen Aboutalebi on June 25, 2020. Posted in NEWS 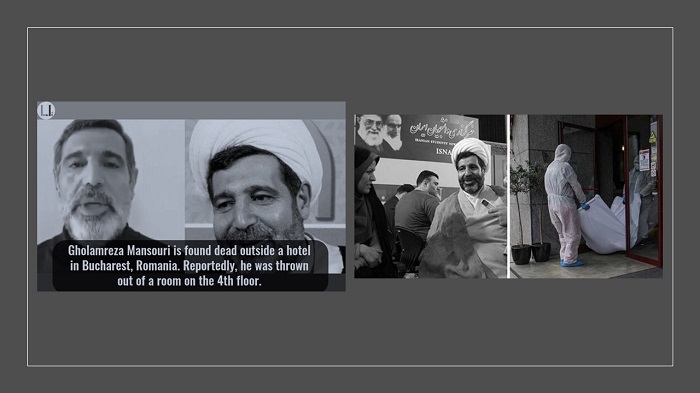 MEK Iran: Assassination of Gholamreza Mansouri and Others.

In an article that appeared on the United Press International (UPI) website, Mr. Struan Stevenson, who is an ex-member of the European Parliament and coordinator of the Campaign for Iran Change, discusses the murder of Iranian Judge, Gholamreza Mansouri, in Romania.

Mr. Stevenson’s remarks are as follows in brief:

He said the mullahs must have started to get concerned when they found out that fugitive judge, Gholamreza Mansouri, had been arrested in Romania on an Interpol warrant which had been issued by the Iranian regime. He was now in a Bucharest Hotel. When he was a judge, Mansouri was accused of taking a bribe of £450,000 and the Iranian authorities wanted to quickly get him back to Tehran, where he would most likely be executed. On June 12th a Romanian court postponed the extradition of Mansouri and requested from Tehran evidence against him.

Mansouri fled Iran when Ebrahim Raisi last year became the chief of Iran’s Judiciary, replacing Ayatollah Sadeq Amoli Larijani, with whom Mansouri was a close associate. When Mansouri was discovered in Romania, the pressure was mounted from human rights groups and ex-pat Iranians in the West for Mansouri to be prosecuted for crimes against humanity. This was related to the role he played in incarcerating dozens of journalists on false charges. The mullahs thought that if Mansouri appeared in front of the International Criminal Court in the Hague it would spell trouble for them, so they tried to get him extradited. The Iranian authorities offered to collect him in a private plane but the Romanian government wouldn’t agree.

For a while nothing happened until a staff member in Bucharest’s Duke Hotel called the police to report a man falling from a 6th-floor window, leaving him dead on the street below. This was Mansouri. It is unlikely he committed suicide because he was comfortably off and so had nothing to complain about. The only possibility is that Mansouri was assassinated. His death resembles that of Massoud Molavi, an Iranian Ministry of Defense contractor who had defected to Turkey and set up an opposition social media site. ‘He was gunned down in Istanbul on 14th November 2019. ‘

In the last two decades, there have been dozens of assassinations by MOIS agents in Switzerland, Italy, Germany, Austria, France, and Turkey and many have never been challenged by anyone. There was another case on 29th April 2017, when Saeed Karimian, a 45-year-old London-based Iranian TV executive and chairman of the GEM satellite TV network, was assassinated in Turkey, where there was a branch of his TV station. It appears that in January 2017 a revolutionary court in Tehran had placed a penalty on Kariminan to serve a 6-year prison term for his role in disseminating propaganda which was a danger to national security. In May 2017, Turkish media issued a report that 2 men who were the main suspects for the assassination had been taken into custody with fake passports in Montenegro when they were on their way back to Iran.

In June 2018, Assadollah Assadi, an Iranian Embassy official in Vienna was taken into custody after allegedly giving 500gms of high explosives and a detonator to an Iranian couple from Antwerp. It seems told them to take them to Paris and detonate the bomb at an important rally organized by the National Council for Resistance in Iran (NCRI) with an attendance of more than 100,000 supporters of The People’s Mojahedin Organization of Iran (PMOI / MEK Iran)  A united operation by the German, French, and Belgian intelligence services brought about Assadi’s arrest and the other conspirators. They are now being held in prison in Belgium on charges of terrorism.

Many of these killings are known about when Switzerland announced earlier in the month that the file on the death of the leader of the Iranian Resistance, Massoud Rajavi, and the Representative of the National Council of Resistance of Iran (NCRI) in Switzerland, as well as its representative in the European Headquarters of the United Nations in Geneva, are to be closed. A team of 13 MOIS agents had already been identified as the assassins but had escaped back to Iran. Stevenson said international arrest warrants must be issued for the 13 assassins as well as the mullahs responsible for ordering the killing. He said appeasing the regime had to stop. He said finally that shutting the file on Kazem Rajavi’s assassination encourages more terrorism.