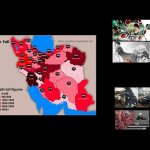 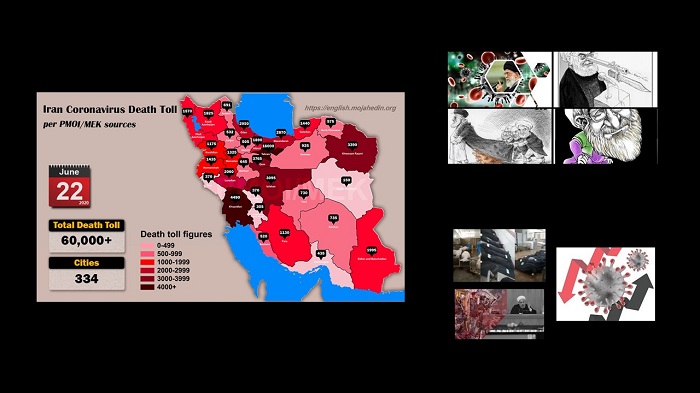 Since the beginning of the Coronavirus outbreak in Iran, the ruling regime has lied and deceived the people of Iran. It has consistently under-reported on the death toll and it has sent people back to work far too early. It did not take precautionary measures while it had the chance, making the outbreak catastrophic. Iran was in a good position at the beginning of the year as it had enough personal protective equipment and it was able to see how the countries that were at a more advanced stage of the outbreak were managing. It could have learned from the mistakes of other countries.

Over 60,000 people have died of the novel #coronavirus in 334 cities checkered across all of #Iran’s 31 provinces, according to reports tallied by the Iranian opposition PMOI/MEK as of Monday afternoon local time, June 22.https://t.co/o275Rq15ty

Yet the regime failed to act promptly and it sold PPE to other countries for a profit. Hospitals and medical centers across the country, therefore, struggled greatly. And they still are.

Scientific and epidemiological experts, and the World Health Organization (WHO), said that transparency is the key to getting through the pandemic. Countries were urged to be open and honest about the situation in their own countries – not just to protect the people of their respective countries, but to protect the global population. In this respect, the regime has failed miserably. Not only is it lying to its people, but it is lying to the international community by publishing false statistics about the outbreak.

#Maryam_Rajavi is the President-elect of the #NCRI As a result of Khamenei’s Rouhani’s anti-human policies #coronavirus is ablaze and taking lives all over IranThe number of deaths reported by the opposition #PMOI #MEK #Iran has risen to 54600https://t.co/Hf0lNgs1Vt @USAdarFarsi pic.twitter.com/PnqbSQgFTi

The People’s Mojahedin Organization of Iran (PMOI / MEK Iran) has monitored the situation since the beginning of the outbreak, anticipating that the Iranian regime would cover up the reality of the situation. And its suspicions have been validated.

The international community, especially the western media, must start questioning why the Iranian regime’s death toll is a mere fraction of that reported by the (PMOI / MEK Iran). The regime is claiming that just less than 10,000 people have died in Iran after contracting the virus, yet the (PMOI / MEK Iran) is reporting that more than 60,000 have died (as of Monday 22th June).

The Iranian regime has not been able to hide the fact that the number of cases is sharply increasing over the past few weeks. This is significant because the regime has always tried to portray the situation as being under control.

The regime is more concerned about the economy than the people. We are now seeing a surge in infections because the regime told the people to return to normal activities too soon. What is worse is that officials are blaming the people. Officials, even some from the Ministry of Health, and politicians have been saying that the people are responsible for following protocols. Yet the government advice has been vague and very unhelpful. Not only have the people been made extremely vulnerable, but the regime is denying them resources and even advice.

Over 60,000 people have died of the novel #coronavirus in 334 cities checkered across all of #Iran’s 31 provinces, according to reports tallied by the Iranian opposition PMOI/MEK as of Monday afternoon local time, June 22.https://t.co/o275Rq15ty

The National Council of Resistance of Iran (NCRI) is calling for international attention to be brought to the health crisis. The people cannot be neglected in this way by the country’s leadership without the regime being held accountable.

Mrs. Maryam Rajavi is the President-elect of the National Council of Resistance of Iran’s (NCRI): The number of Coronavirus victims exceeds 60,000 in 334 cities across Iran. The increasing number of victims is amazingly high. This is a direct consequence of the criminal policies of Khamenei and Rouhani which contradicts the regime’s own ministries and experts.