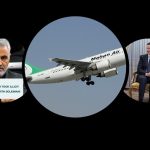 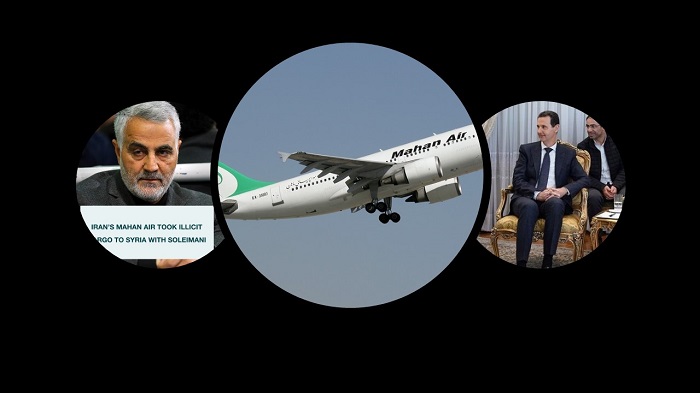 The (PMOI / MEK Iran) has repeatedly said how the regime has been using all means to export terrorism.

For many years it appears the terrorist Quds Force of the IRGC has been using Mahan Air passenger planes to transport weapons and ammunition to Syria. This practice violates international law.

Amir Assadolahi, a pilot from Mahan Air, revealed he had transferred the now-deceased commander of the IGRC Quds Force Qassem Soleimani with 7 tons of banned cargo which were probably weapons and 200 passengers to Syria in June 2013.

Qassem Soleimani, the dead commander of the Iranian regime’s IRGC Quds Force, personally oversaw the transport of “seven tons of banned cargo” to Syria back in 2013, according to the memoirs of a Mahan Air pilot.#Iranhttps://t.co/YgldNR5U3h

The pilot was interviewed by the state-run Young Journalists Club news agency. He confirmed that Soleimani in-person supervised the weapons transfer to Syria.  He mentioned that when he was flying over Iraq U.S. forces forced him to land at Baghdad airport. When the plane was being inspected by Iraqis and Americans, he said he told Soleimani to put on the flight engineer’s uniform so that he couldn’t be recognized. The next step was the cargo inspection, but this didn’t amount to much because when the pilot allegedly showed him some dollars the inspector quickly departed empty-handed.

The Iranian regime entered the Syrian conflict and has been fighting and wasting the Iranian people’s resources just to support Bashar-al Assad’s regime. The Iranian Resistance (NCRI) and (PMOI / MEK Iran) sees these tactics as exporting terrorism. Nothing could be worse than using a packed airplane as a cover for transferring weapons from one country to another.

From studies carried out by The Foreign Affairs Committee of the National Council of Resistance of Iran (NCRI), its key findings were that the Mahan Air Corporation does not just cooperate with the IRGC and the Qods Force but is completely owned and controlled by them. The study revealed that since 2011 the Iranian regime was interfering more and more in Syria’s affairs and this coincided with the country’s continuing resistance to Bashar al-Assad, a known dictator. As a result, Mahan has helped the Qods Force to get foreign personnel and agents into Syria, as well as equipment for the Syrian regime and Hezbollah in Lebanon. Mahan Airlines is responsible for providing trips by the IRGC and Qods Force commanders to Damascus.

It was in 2011 that The United States Department of State designated Mahan Air to be the sole provider of financial, material, and technological support to the IRGC. However, this has included deliveries of UN restricted missile and nuclear products. Later in January of this year, the US State Department declared it had sanctioned Mahan Air in 2011 for providing financial, material, and technological support to the IRGC-QF. It also said that because Mahan had provided numerous flights since 2012 from Tehran to Damascus to aid the IRGC-QF’s military operations in Syria that any company supporting Mahan should be aware that they may incur sanctions from the US.

Mrs. Maryam Rajavi is the President-elect of the National Council of Resistance of Iran’s (NCRI)., as saying:

“Qassem Soleimani commander of the IGRC Quds Force was one of the most vicious criminals in Iran’s history. He was personally involved in the massacre of hundreds of thousands of people in the region and in driving millions of others from their homes. He was also the mastermind of the massacre of the Mujahedin-e Khalq (PMOI/MEK Iran) in Camp Ashraf in Iraq, and of many other terrorist operations against the Iranian Resistance in that country, in Iran, and in other countries. With his elimination, the process of overthrowing the mullahs will be greatly expedited,”