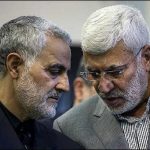 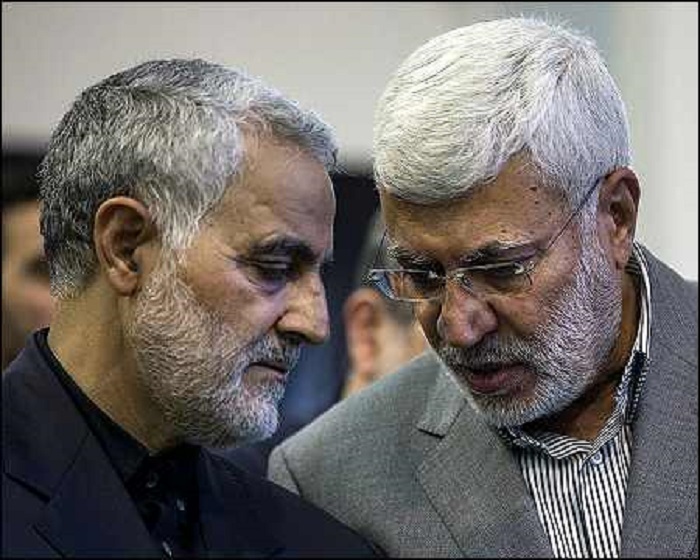 Qassem Soleimani and-Abu Mahdi Mohandes were killed in US air-strike on January 3, 2020, in Iraq

Who was Qassem Soleimani?

Qassem Soleimani was the commander of the terrorist Quds Force, the extraterritorial force of the Islamic Revolutionary Guard Corps (IRGC). Although he had no military education, he rose to the IRGC command because of his ruthlessness.

Death of the Commander of the #IRGCTerrorist Quds Force https://t.co/cTyFBOhqEP#QassemSoleimani #IRGC

The Sectratriate of National Council of Resistance of Iran (NCRI) in a statement quoted Mrs. Maryam Rajavi, as saying:

“Qassem Soleimani was one of the most vicious criminals in Iran’s history. He was personally involved in the massacre of hundreds of thousands of people in the region and in driving millions of others from their homes. He was also the mastermind of the massacre of the Mujahedin-e Khalq (PMOI/MEK Iran) in Camp Ashraf in Iraq, and of many other terrorist operations against the Iranian Resistance in that country, in Iran, and in other countries. With his elimination, the process of overthrowing the mullahs will be greatly expedited,”

Since his adoption as the commander of Terrorist Quds Force, Qassem Soleimani was the source and the force behind all the chaos and humanitarian crises and terrorism in the Middle East countries and other Asian countries in Africa, America, and Europe. Soleimani was personally involved in promoting the regime’s political influence and terrorist activities in Lebanon, Syria, and Palestine.

” Suleimani took command of the Quds Force fifteen years ago, and in that time he has sought to reshape the Middle East in Iran’s favor, working as a power broker and as a military force: assassinating rivals, arming allies, and, for most of a decade, directing a network of militant groups that killed hundreds of Americans in Iraq. The U.S. Department of the Treasury has sanctioned Soleimani for his role in supporting the Assad regime, and for abetting terrorism,”

Following the regime’s cease-fire with Iraq, the IRGC seized a monopoly on drug trafficking under the pretext of “Fighting drug traffickers” to finance its overseas operations. Until his appointment as the head of IRGC the Quds Force in 1997, Ghassem Suleimani was responsible for the production and distribution of narcotics from Afghanistan to countries in the region and Africa, Europe, and the United States.

Time to evict the mullahs from the region

Mrs. Rajavi described the elimination of Qassem Soleimani and Abu Mehdi Muhandes as an “irreparable blow to the clerical regime.”

President-elect of NCRI emphasized that “The time had come to evict the mullahs from the region, especially from Iraq, Syria, and Lebanon, and expel the IRGC from these countries. In this way, Iraq, which had been delivered by the United States to the clerical regime on a silver platter, will be liberated from the yoke of the religious fascism ruling Iran.”