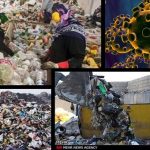 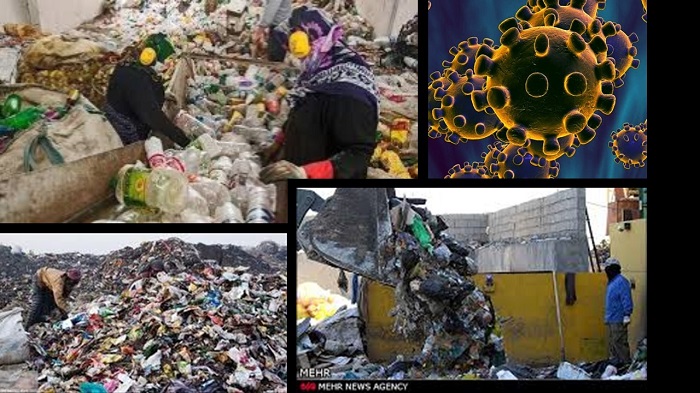 MEK Iran: There are at least 4 million women heads of households who have been under immense pressure.

Women who have become for one reason or another the sole head of their households have been forced to find work sorting garbage in terrible conditions and in financial uncertainty.

The garbage workers at the Safireh Garbage dump in Ahvaz are a clear example of how badly these women are treated. There are 120 workers at this dump, most of them women workers who have to care for their families all by themselves as their husbands have died or seriously ill.

These workers have not been paid for months and even when they are paid, their wages are far less than they need to stave off poverty. In Iran, the poverty level is set at 9 million Tomans a month. The wages at Safireh for these garbage sorters are only 2 million Tomans. They work 8 hours a day sorting through garbage with their bare hands.

The growing shortage and expenses of vital goods has put an immense pressure on the Iranian people. Product, especially items monopolized by the government, are becoming more expensive every day.#Iranhttps://t.co/4b1piAQ6lQ

Much of the problem with payment is because of a dispute between the contractors who manage the garbage separation at the garbage site and the government who decides who is awarded the contract. The selection of a contractor occurs each year by auction, but even when a contractor has been agreed on, there are disagreements about how much they should be paid. That’s when the workers who the contractor uses don’t get paid.

The government hasn’t stepped in to provide any financial assistance to the women workers at Safireh who haven’t been paid since the start of the Covid-19 epidemic despite going to work. According to reports by the Iranian opposition People’s Mojahedin Organization of Iran (PMOI / MEK Iran) on June 15, 2020, that the Coronavirus the death tolls in 332 cities across Iran have risen to more than 52,100.

A 35-year-old woman called Hasibeh is an example of the terrible lives these women endure every day. Hasibeh’s husband has been paralyzed for the past 15 years since a serious accident. Hasibeh has to catch a taxi to work every morning because of the lack of a bus service to get to the dump. She says she has been working at Safireh for 5 years and although she has been paid a pension it is not large enough to keep her, her husband, and two children, which is why she has had to find a job. She didn’t imagine she would end up sorting garbage, but there are few alternatives for uneducated women.

According to the announcement of the (#PMOI / #MEK #Iran) on Sunday, June 7, 2020, the #COVID19 death toll getting over 50,000 across Iran.https://t.co/Tx3uFLyTNa #IRGCTerrorWithoutBorders #Iranian #coronavirus @USAdarFarsi pic.twitter.com/vRWPA64aav

Hasibeh says that the work is arduous and dangerous because of some of the objects she has to sort through. She was injured by an infected syringe once and had to be hospitalized for 25 days and still has to be regularly tested.

Another garbage worker, Tooba, is 40 years old whose husband has died. She says that it is almost impossible to survive on the 2 million Tomans wage at the best of times but has been unemployed since February and has not received any financial assistance and even social security assistance is infrequent.

“But now, more than anything, we are worried about the company closing and unemployment. The company’s management advised us to apply for unemployment insurance now,” she says.

These harrowing stories are typical of many women heads of households whose husbands or guardians have either died or are incapable of looking after their families. There are at least 4 million such women who have been under immense pressure from both their normal financial woes but also from the effects of Covid-19.

Government officials admit that the number of women who are heads of households has been increasing in some parts of the country like West Azerbaijan. The majority of these women are unemployed and do not have a stable source of income.

The regime claimed in April that they had provided “assistance” of 2 million Tomans to these women, but this was a loan and was derided by the women who wondered how they could survive on 2 million Tomans a month when the poverty line was 9 million Tomans.