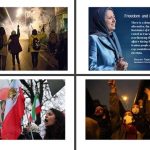 It is Time for True Democracy in Iran 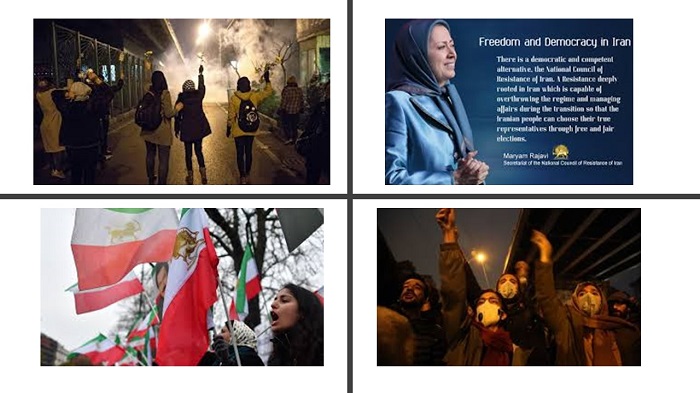 Every effort has been made by the Iranian regime to undermine the number of protesters killed during the November 2019 countrywide protests. This week saw the Iranian people celebrate the anniversary of the death of the regime’s founder, Ruhollah Khomeini.

This celebration alone shows that the ordinary people of Iran no longer want to live under the mullahs’ rule because during these last 41 years of Iranian history the citizens of Iran have had to put up with the torturous repression inflicted by the mullahs. One of the early examples of how oppressive the regime is taking place in 1988 when 30,000 political opponents of the regime who had been imprisoned were slaughtered just for their beliefs.

Protests common in the last 3 years

The resistance has never remained silent and has taken to the streets many times in the last 3 years to express their eagerness to restore the country to true democracy by getting rid of the current regime.  These are just some of the atrocities the regime has inflicted on the masses in the last 41 years:

There was nothing that could have been clearer than the words echoed at the protests in November of last year which were:

Only a couple of months later, Iran witnessed the downing of the civilian airplane which killed all on board.  More demonstrations occurred as a result of this deadly incident and more slogans could be heard echoing through the streets of Iranian cities. One significant chant was “Khamenei, have some shame, let go of the state!”

The suppression of the #PMOI / #MEK #Iran is the regime’s agenda since the beginning at that time – Khomeini – issued a fatwa in 1988 ordering the execution of all supporters of the MEK https://t.co/BZmHHV8zSz #IRGCTerrorWithoutBorders #NCRI #Iranian #coronavirus @USAdarFarsi pic.twitter.com/fE3P0FsylR

What kept up the momentum in all these protests was the Iranian Resistance Units, People’s Mojahedin Organization of Iran (PMOI / MEK Iran) whose supporters are spread throughout Iran. Massoud Rajavi, the leader of the Iranian Resistance’s key tactic is for the resistance units based in Iran to ally with the rank and file in the country.

Even though the Erja News is state-run, it released a statement on its website acknowledging that support was growing for the (PMOI / MEK Iran), in particular amongst the country’s intellectuals and the student movement and this can be seen by the protests that have occurred over the past 2 years. The news media even quoted Gholamreza Esmaili, the judiciary’s spokesman, who on May 5th announced that two elite students from the Sharif University of Technology had been arrested just for alleged ties with the (PMOI / MEK Iran) and that they were found in possession of explosives.

Erja News also reported that thousands of people were now supporting the (PMOI / MEK Iran) within resistance units within the country.

The role of the resistance units in Iran

The Resistance Units work hard to build up a revolt against the ruling theocracy to give hope to the people that a better life is possible for the generations to come. Even though the regime has tried to repress the resistance, it hasn’t worked, as it is growing all the time with hundreds of activities and operations taking place against repressive practices taking place within the country.

This week alone they have carried out activities in the following cities:

#Iran: A member of regime’s Supreme Judicial Council during the 1988 #Massacre, Morteza Moghtadai: “many asked why so many [MEK supporters] have been executed…we obeyed the Imam [Khomeini’s] orders…Imam said to execute even those #MEK supporters that are firm in their beliefs" pic.twitter.com/DZAg7MHfoQ

The resistance movement celebrated the anniversary of the death of the regime’s founder, Ruhollah Khomeini, by placing handwritten slogans and banners on walls saying:

Just in the last 3 days, the rebellious youths of Isfahan and Mashhad destroyed three of the regime’s centers for the part they had played in the pillaging and theft of the Iranian people’s wealth, as well as spreading fundamentalism. They were consistently used by the mullahs not only to suppress the Iranian people but cause hatred too.

These outraged youths also burned images and posters of Khomeini, regime Supreme Leader, Ali Khamenei, and Qassem Soleimani, who commanded the terrorist IRGC Quds Force until he was killed on January 3rd by a United States drone airstrike.

The only force which could end the Iranian regime’s terrorism and belligerence is the uprising of the people of #Iran with their organized resistance. #FreeIran2020 pic.twitter.com/fGZ6CNpTcc

Democracy for all Iranians

This is the slogan of the (PMOI / MEK Iran), which offers not tyranny, but a free and fair democratic society to benefit the many, not the few.

As the National Council of Resistance of Iran’s (NCRI), President-elect Mrs. Maryam Rajavi, brave and enlightening words are “The only force which could end the Iranian regime’s terrorism and belligerence is the uprising of the people of Iran with their organized resistance.”