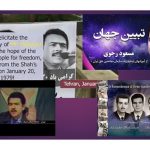 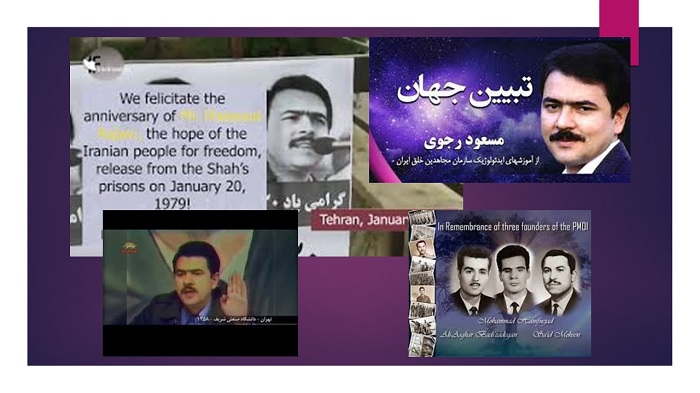 Massoud Rajavi, the leader of the Iranian Resistance (PMOI/MEK Iran), mobilized youth in their hundreds of thousands to listen to his speeches.

The Iranian regime is currently in crisis, made worse by sanctions and the uncontrolled spread of COVID-19. This has led to an increase in unrest, particularly among younger people. Because the regime has little to offer and it has forgotten what democracy means, Iranian youth are looking for an alternative voice and are starting to show an interest in joining the People’s Mojahedin Organization of Iran (PMOI/MEK Iran).

Iranian regime’s strategy to create its own media channels

The National Council of Resistance of Iran (NCRI), the regime’s chief alternative, has had to put up with getting its image tarnished through the use of the following media sources:

It has recently been reported on the state-run “Rahyaftegan” website that “The office of Mr. [Mahmoud] Alavi, the honorable minister of security and intelligence, is working around the clock and has hired some of the MEK’s repentant defectors such as Soltani, Khodabandeh, Ezati, Hosseini, Karimdadi, Mesdaghi, Yaghmai, Pour-Hossain, and… By putting a lot of energy and of course, financially backing them, it uses them to psychologically confront the (PMOI/MEK Iran), which is great, but is it enough?”

Why is the MEK a threat?

One of the reasons stated by the regime is that the (PMOI/MEK Iran) believes in a Revolutionary Islam which it sees as not being the “true” Islam which the 1979 revolution was allegedly built on. The regime believes that this type of Islam would have a “devastating effect on the Iranian society and among different generations of youth, particularly the current one.” The regime alludes to its fears in the early days following the so-called Iranian revolution when Massoud Rajavi, the leader of the Iranian Resistance, mobilized youth in their hundreds of thousands to listen to his speeches.

Back on March 29th, 1980 even Le Monde the French newspaper reported that “Rajavi, has many sympathizers.

Over the years, the (PMOI/MEK Iran) hasn’t gone away and Khomeini in the last throws of life kept issuing warnings about the threat of the organization. The protests in January 2018 were blamed on the (PMOI/MEK Iran). The most recent countrywide protests in November of last year over unprecedented gas price increases were also blamed on the (PMOI/MEK Iran), orchestrated from their Albanian base. The regime doesn’t seem to quite catch on that, representing different social classes, from workers to more privileged students of the Sharif University of Technology, are increasingly interested in what the MEK has to offer.

Mr. Mahmoud Alavi, the government’s minister of security and intelligence is so intent on discrediting the (PMOI/MEK Iran) that he is working 24/7 to reach this target. He has even sourced the services of MEK’s repentant defectors which of course he backed financially. These include:

The regime’s spokesperson for the judiciary, Mr. Gholamhossain Esmaili, who recently alluded to the arrest of two (PMOI/MEK Iran) students of Sharif University but the regime realized this action wasn’t a deterrent. So it has constantly warned the youth to stop following Rajavi and joining the (PMOI/MEK Iran) as it doesn’t represent true Islam.