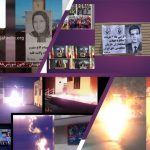 Written by Mohsen Aboutalebi on May 29, 2020. Posted in NEWS 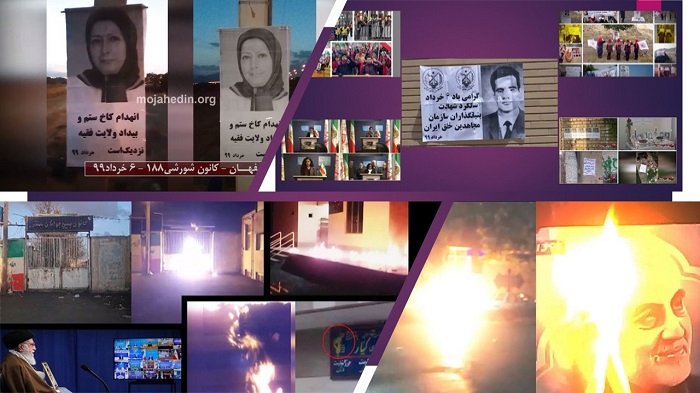 MEK’s network inside Iran, will overthrow the regime and establish democracy in Iran.

The Iranian Parliament’s new speaker is Mohammad Baqer Qalibaf, who used to be a Revolutionary Guard commander and police chief. The Majlis has just held its first meeting. This meeting reveals that the regime is moving closer to form “a young and Hezbollah government,” which has little interest in promoting democracy in Iran.

Mullahs losing support by the minute

It seems that the mullah’s regime now no longer has any viable support and it won’t be long before there are more protests and popular uprisings.  The People’s Mojahedin Organization of Iran (PMOI/MEK Iran) and the Resistance Units, MEK’s network inside Iran, will overthrow the regime and establish democracy in Iran.

The MEK has a viable presence in Iran

There have been some key uprisings in December 2017 and November 2019 led and encouraged by a younger generation of Iranians who are supported by the 120,000 strong MEK membership.

The resistance unit has recently been active in the following cities.

In these towns, banners have been unfurled and graffiti has started to appear in public areas, promoting the leaders and cause of the MEK Iran.

Last Wednesday, rebellious youth from Lahijan, Karaj, and Dezful torched images of Khamenei, the regime founder Ruhollah Khomeini and Qassem Soleimani, a leader of the regime who was assassinated by U.S. mercenaries. Similar anti-government activities took place in several other cities, with slogans blaming the regime for the severity of the COVID-19 outbreak.

Earlier this week in Arak, Qom, Kermanshah, Gohardasht, and Karaj, burning took place of various regime leaders’ images by rebellious young people as these are the places that have been the subject of the most suppressive tactics by the regime.

Anti Sharia law has also been the subject of recent protests promoted mostly by Iran’s youth.

On Monday and Tuesday, in the following cities:

resistance units promoted messages of hope during the COVID-19  pandemic by pinning banners on walls and writing by hand slogans on the walls telling people that the time has come to rebel and be freed from the chains of oppression. The cries of “Viva Rajavi” filled the streets.

The surge of arrests of rebellious youth

Just recently the Iranian regime’s Ministry of Intelligence & Security (MOIS) and the Revolutionary Guards (IRGC) have arrested many rebellious youths, who in particular support the Iranian opposition People’s Mojahedin Organization of Iran (PMOI/MEK Iran). This has also involved family members who have been forced into promising not to support the MEK.

Most of the arrests occurred in the following cities:

Massive IRGC units and lots of MOIS agents and plainclothes agents have been out raiding people’s homes and offices culminating in arrests. They take with them many of the people’s possessions like phones and computers. Those arrested are tortured and interrogated to extract information about the MEK and its movements. In particular, they want to know the tactics used to attract youth. In Tehran, young women were forced to make confessions. Another tactic is used to discourage support for the MEK.

Iranian opposition President, Maryam Rajavi, head of the National Council of Resistance of Iran (NCRI), has made repeated calls for the United Nations High Commissioner for Human Rights, the UN Human Rights Council, the UN Special Rapporteur on violence against women, and international human rights organizations, to dispatch an international delegation to visit the notorious Iranian prisons.

Many #Iranians followed the #MEK when it called for a regime change twice in the past 24 months. people will be furthering their cause for a regime change and there will be little anyone can do about it.https://t.co/PWGJq2Coqw#Iran #COVID19 #coronavirus @USAdarFarsi pic.twitter.com/MSlwAF46ri

This last week marks the 48th anniversary of the deaths of Mohammad Hanifnejad, Saeid Mohsen, and Ali Asghar Badizadegan, the founders of the People’s Mojahedin Organization of Iran (PMOI/MEK Iran). Hanifnejad, Moshen, and Badizadegan, who had founded the (PMOI/MEK Iran) in September 1965, were executed by the Shah’s regime on May 25, 1972. This event was commemorated by the Resistance Unit in several towns in Iran which included:

These MEK Resistance Units are a beacon of light shining on the soon to be had freedom for the Iranian people. Already, at least 120,000 MEK have sacrificed their lives in the name of freedom in the last 50 years. The MEK founders who sacrificed their lives on May 25, 1972, didn’t do it in vain but the MEK now is closer than ever before to overthrow the regime.

On September 6th, 1965, Hanifnejad, Mohsen, and Badizadegan, who were the founders of the PMOI/MEK, lost their lives at a time burdened with the extreme repression of dissidents and political activists instigated by Iran’s monarch, Shah Mohammad Reza Pahlavi,  who had pressurized opposition groups and movements to be silent and obedient.

Up to this day, the MEK has remained steadfast in its determination to establish in Iran democracy and freedom. Following the founders’ deaths, Massoud Rajavi became the leader of the MEK which since then has been the beacon of hope for a free Iran. It is now getting the youth of Iran on its side which will provide a strong force for change in the coming months.