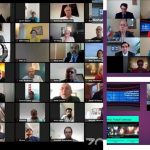 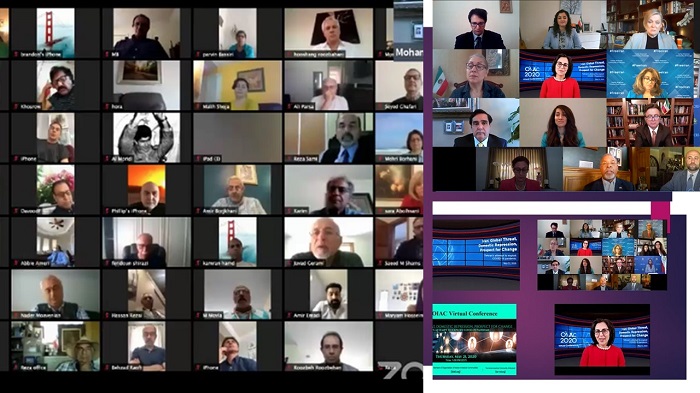 MEK Iran: spoke about the changing situation in Iran.

Participants discussed the Iranian regime’s negligence to control the Coronavirus outbreak, highlighting that it did not act in a timely manner and it is solely responsible for the extent of the outbreak. The situation is causing much anguish to many families across the country, making them realize (once again) that the regime is putting its own interests first.

The Coronavirus outbreak has claimed the lives of more than 44,800 people according to the (PMOI / MEK Iran) that has been independently monitoring the situation since the beginning. The regime’s official death toll is a mere fraction of this, proving that it is going to continue to deceive the public and the international community. However, the people know that the situation is far more serious than they have been led to believe and it has been one of the main focal points in recent acts of dissent.

A member of the OIAC Advisory Board, Dr. Ramesh Sepeherrad, moderated the event. She expressed her pride and eagerness to work towards a free Iran along with the rest of the organization.

She also paid tribute to the many martyrs of the Resistance, the freedom fighters, as did many other participants in the conference. Secretary Ridge, former U.S. Secretary of Homeland Security, said that “the more the world learns of the commitment, the passion, and the courage of the freedom fighters of Iran, the more and more the world embraces their cause as its own”.

The former U.S. Ambassador to the UN Commission on Human Rights Kenneth Blackwell emphasized that the Trump administration continues to push back against the regime, exerting maximum pressure, to put an end to the regime’s belligerence. He described the regime as being at “the epicenter of international terrorism and disregard for human rights”.

Former U.S. Senator Robert Torricelli emphasized that the leader of the opposition, Mrs. Maryam Rajavi, is in contact with Western countries to bring awareness to the plight of the Iranian people. He said: “Only the (PMOI / MEK Iran) has the people inside Iran in the resistance groups who can combine and support, and resources in the West, and the people on the ground in Iran.”

The participants concluded that the United States must continue its maximum pressure campaign and that the international community should be aware of the people’s fight for freedom, democracy, and human rights, and especially their desire to see the regime overthrown.

They also concluded that appeasement policies should not be put in place for the belligerent regime, emphasizing that this only emboldens the mullahs. The participants also recognized that it is the brave people of Iran that are doing the groundwork inside the country, but that the international community has an obligation to pay attention to the regime’s crimes.