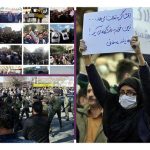 MEK Iran: Protests Across Iran as Public Discontent is Palpable 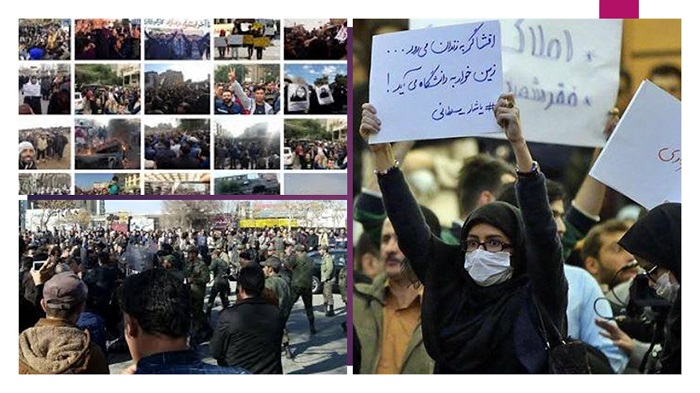 MEK Iran Units have been active across the country.

The people of Iran are taking to the streets to voice their discontent with the Iranian regime. People from all across the country, from very different backgrounds, have joined together to make the Iranian regime hear their dissent.

They are disgusted at the poor living conditions that they have been subjected to and the measures the regime has taken, contributing to their decline in living standards.

The Coronavirus outbreak has still not been controlled by the regime and hundreds of people are still dying every day. The people have watched the regime mishandle the crisis from the onset.

MEK Iran activists report Despite the myriad of risks that they face, the people have decided to take to the streets and protest against the regime. In Zahedan in the south-eastern part of the country, protesters called the regime out for its actions that have led to the destruction of their homes.

The People’s Mojahedin Organization of Iran (PMOI / MEK Iran) have stressed repeatedly that the regime is using coronavirus as a tool to keep its shaky grasp on power that little bit longer. https://t.co/XwybXe7Knh#Iran #MEK #coronavirus @USAdarFarsi pic.twitter.com/kEzCvdhUKR

In the country’s capital, employees from the Ministry of Health gathered to protest the lack of personal protective equipment (PPE) for workers. They highlighted that medical workers have called for PPE for emergency units, hospitals, and medical staff simply so they can be protected while doing their jobs and serving the public. The employees also took the occasion to call for the payment of their overtime, their bonuses, and their pensions.

Municipal workers in Kut Abdullah in south-western Iran protested because of the continual delay in payment of their salaries. Security forces were sent to the scene and several protesters were arrested.

Also protesting the delay in receiving their salaries were workers from a factory in Qazvin in north-western Iran. They highlighted that the payment of salaries has been delayed for almost 27 months. They were also protesting against their job statuses that are not clear and the poor living conditions that they are faced with.

Earlier this week, local people from Pakdasht in the western part of the country rallied and protested because they are still waiting on the homes they purchased five years ago from the regime’s Maskane Mehr project.

In central Iran in the city of Qom, bus drivers and owners gathered to protest against the situation they have been left in since quarantine measures were introduced. They were calling for government support and unemployment insurance. Their income has declined significantly since the beginning of the health crisis and they have been left in limbo.

Despite the ongoing risks of the novel #coronavirus, people from all walks of life are holding rallies in different cities throughout #Iran protesting poor living conditions.https://t.co/vqFqkKg5ZX

Bus drivers were also protesting in Yasuj, a city in south-central Iran. They highlighted that they have not received their salaries and pensions for several months.

Taxi drivers of Khorasan in northeast Iran rallied outside the regime’s Ministry of Road & Construction in the country’s capital because of the poor living conditions that they have to endure.

The main opposition to the Iranian regime – the People’s Mojahedin Organization of Iran (PMOI / MEK Iran) – has been supporting the people throughout this crisis. MEK Resistance Units have been active across the country and have joined the people in voicing their dissent and condemning the regime for its disregard of the people of Iran.