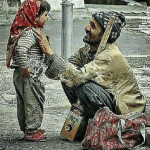 Written by Mohsen Aboutalebi on May 2, 2020. Posted in NEWS 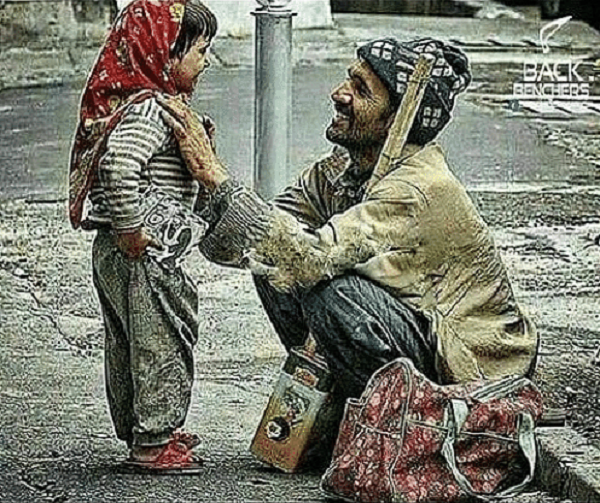 Workers are the most vulnerable social class in Iran.

A report by economist, Mahmood Jamsaz, released in Tehran on April 29th, highlighted the needless poverty experienced by a majority of Iran’s working population. Jamsaz mentioned the shocking example of those ‘unofficial’ workers who live, sleep, and work on garbage dumps, sifting out what little they can find to eat or sell.

“Here you see minors, weak minors who struggle hard to make ends meet… They see no future for themselves… I know that this report may upset you… However, it is not about demonizing or whitewashing, it is the bitter truth that no one can and should hide.”

The shocking condition of so many Iranian workers is in contrast to that claimed by the regime of Supreme Leader, Ali Khamenei. Regime officials insist that the Iranian people enjoy honor and security under the rule of the mullahs.

Jamsaz says that over 75 percent of the population is living in poverty in Iran. He says that the situation deteriorated markedly after big increases in gasoline prices last year. The increases were the main reason for the huge protests across Iran last November. 60 million people were given a token $62 loan as a subsidy after the protests. Jamsaz says the idea of such a derisory loan was a joke.

On the eve of International Workers' Day, it is important to take a glimpse at the situation and position of workers in #Iran, who constitute the majority of the country’s population.https://t.co/JiCLpvzOSM

As Jamsaz said in his report, “All the administration’s financial resources truly belong to the people. The oil revenue that gains by extracting and exporting belongs to the people. The properties and wealth of several institutions have inflated at the expense of the people and belong to them. These institutions should bear the cost of countering the coronavirus and compensation for damages of entities and individuals. Maybe, we would not need foreign loans if these institutions had spent their assets to support citizens and revive the country’s economy,”

Some of the comments made by the most impoverished of Iran’s people are heartbreaking.

One worker explained how he managed to survive the winter:

“I spent all the winter outside. Our backs were broken… It was a tough cold. For twelve days, we spent all night beside the fire to not sleep and freeze. After twelve days, we fainted from the exhaust and our friends were covering us to not freeze… We were saying that we will not die if we see the spring,”

The fact that so many of Iran’s citizens are struggling is a contradiction to the founding ideals of the Islamic Republic’s founder, Ruhollah Khomenei, who espoused the support of the Mostasafan, or the underprivileged.

Neither Khomenei nor his successor, Ali Khamenei, have done anything to help the needy in Iran. Instead, they have used Iran’s wealth for themselves and their pet regional terrorist projects, like the Iraqi Shiite militias, the Houthi rebels in Yemen, the Hezbollah in Lebanon, and propping up Bashar al-Assad in Damascus.

The last four decades have resulted in the creation of a small, corrupt minority who monopolize 95% of the country’s national resources and survive by ruthless oppression of the majority.

According to Mohammad Bagher Ghalibaf, former mayor of Tehran, this tiny clerical elite represents just 4% of Iran. Their luxurious existence is in contrast to the reality of millions of Iranians, many of whom are homeless, hungry, and unemployed like those who survive on Iran’s garbage dumps.

Where has Iran’s wealth gone to?

62 dollar loans disguised as a charity will never hide the fact that the number of underprivileged people has been steadily rising over the last 40 years since the Iranian Revolution when the mullahs’ regime came to power. What has happened to the huge income from selling Iran’s resources? How can you hide 3 trillion dollars?

Khamenei is silent about this contradiction and the amount of corruption that has spread throughout the body of his regime. The regime’s top officials send their children to foreign universities and enjoy the wealth of the nation without sharing it with the majority.

This year, the International Workers' Day comes at a time of grief and agony due to the #Coronavirus pandemic. But it still holds the promise of annihilation of oppression and exploitation, and the definitive triumph of justice and equality #1May #Iranhttps://t.co/c7Yjm2Y17i pic.twitter.com/X7QJXepngQ

It was this discrepancy and injustice that was the direct cause of the protests by ordinary workers against the regime. These victims of the decades of poverty generating policies are not going to remain silent. More protests are certainly on the way.