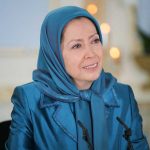 MEK Iran: Maryam Rajavi’s Speech on the Advent of the Holy Month of Ramadan 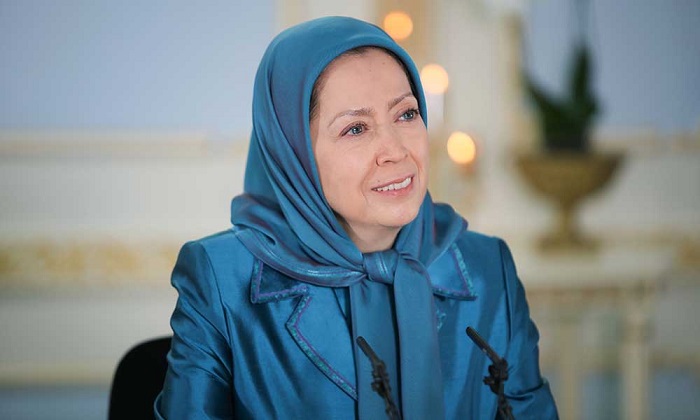 Maryam Rajavi’s speech on the advent of the Holy Month of Ramadan.

No stone was left unturned by the speech delivered by Mrs. Maryam Rajavi, the president-elect of the National Council of Resistance of Iran (NCRI), at the start of Ramadan. This year is like no other, as Ramadan is overshadowed by the COVID-19 outbreak which has claimed the lives of more than 37,600 people in Iran alone.

Mrs. Rajavi was quick to mention the criminal action inflicted on the Iranian people by the current regime which has done next to nothing for the people in these unprecedented times. She is telling the youth to ‘’rise’’ and defend themselves from what she terms like the ‘’religious fascism’’ being forced on the people.  She says sooner rather than later the Iranian people will be freed from the ‘’bondage’’ inflicted on them by the regime.

Time to fight for freedom

She says that this is the time to fight for the freedom of the Iranian people and to demand an end to the starvation of those who have no choice. Ramadan is also the time to demand freedom and equality which has been stripped to its bare bones by the deadly Iranian regime. Ramadan is not about supporting the privileged, but more about championing for ‘’justice and equality’’ for all.

The regime in #Iran knows no limits in using the novel #COVID19 virus to torture political prisoners. pic.twitter.com/niKNIicS3y

Mrs. Rajavi emphasizes that this is something that the mullahs seem to ignore as they pursue their own goals and impose oppression to reach them. They can be seen ‘’wining and dining surrounded by privacy in their palaces and villas’’ while around them abject poverty persists where survival just about prevails in the community where COVID-19 spreads like a wildfire. There is nothing in the Quran that supports this, Mrs. Rajavi states, but the opposite prevails. The Quran says that oppressive regimes shouldn’t exist. However, Iran’s regime shows no mercy and refuses to address starvation but lets it continue along with all the stress and sadness brought on by COVID-19.

Massoud Rajavi, a leader of the Iranian regime opposition, points out that ‘’one must not compare the circumstances in Iran and the ‘’clerical regime’s’’ policies during the catastrophe to any other country. It would be misleading to apply the ‘’Chinese, European, or American models in this regard.’’

The regime fears an uprising

He further points out that Ali Khamenei (the regime’s supreme leader) and Hassan Rouhani (the mullahs’ president), are only out to protect their regime from the possibility of the occurrence of an uprising. It is deliberately not trying to stop further human casualties caused by COVID-19. The prediction coming from the regime’s Health Ministry is that by mid-May there will be 1,160,000 cases of COVID-19. It is not just the numbers, but the fact that patients are abandoned in the streets or outside hospitals experiencing unbearable pain.

A regime that doesn’t care about humanity prevails in Iran and this has persisted for at least 40 years.

Back in 1982, when the armed resistance became evident, Massoud Rajavi said, “We believe the Khomeini regime is an inhuman and demagogic dictatorship.’’

The 1979 revolution brought plunder and suppression

It hasn’t changed much since then and the mullahs have since engaged in plunder and suppression where everything in the environment has been ‘’ destroyed, burnt, dried up and eradicated.’’ There is little left of Iran’s health system so it is so ill-equipped and unprepared to manage a pandemic. When it became known that COVID-19 was becoming a serious threat to the Iranian people, the mullahs did nothing because they wanted to use the time to celebrate the 1979 revolution and conduct the unfair elections which took place on February 11th.

Elections and anniversaries more important than the welfare of the people

Even when the virus started its deadly onslaught on the Iranian people it was dismissed in favor of the antics of the elections. Even Rouhani claimed he knew nothing of the pandemic until 19th February but the NCRI Security and Counterterrorism Committee came out with other facts that exposed numerous documents obtained from within the regime’s National Emergency Organization and the State Security Forces. They revealed that Rouhani was not telling the truth and this could hardly be ignored, as by the end of January ambulances were frantically trying to transfer infected COVID-19 patients.

Too slow to admit to the effects of COVID-19

It took three months before the regime’s officials began to understand the truth. Eventually, Rouhani’s Minister of Health admitted that well before February 19th he was worried and requested an emergency meeting to enable permission to stop all flight, the date that Rouhani claims he first found out about the outbreak, he had asked for an emergency meeting to stop all flights coming from China and requested that schools should be closed and all public gatherings and religious sites should be halted immediately.